After undergoing maintenance for 112 days, TBM Krishna in Bangalore has finally started tunneling work again! Yesterday afternoon, the TBM began its initial drive on the Green line’s up-line tunnel and placed 3 temporary rings. Actual boring/mining work through Bangalore’s terrain from Chickpet station to Majestic station, a distance of 747m, is expected to begin later today. This is the last tunnel to be bored on the entire system with work also in progress by TBM Godavari (green arrow) and TBM Kaveri (blue arrow) – see the December 2015 Tunneling Update for detailed progress. 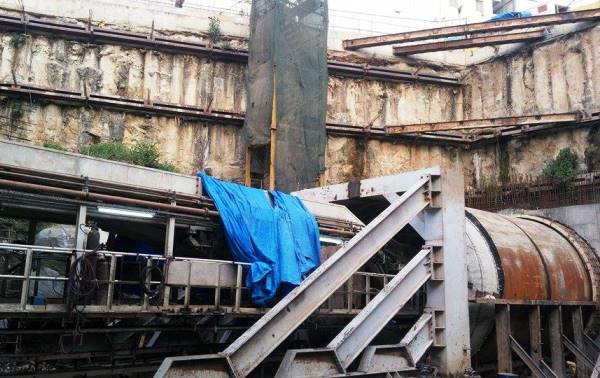 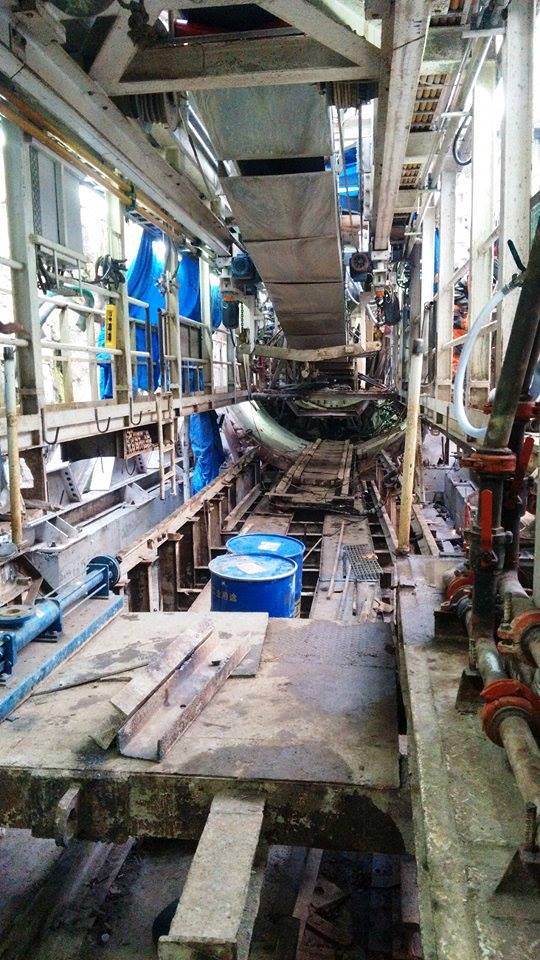 To give a little background – this TBM had made a breakthrough at Chickpet station on August 31 after a slow & tiring journey of 22 months from the KR Market station. The BMRCL’s Managing Director at that time had pledged that the TBM will be relocated to the other end of the shaft and begin tunneling in 45 days after undergoing maintenance. 45 days passed and there was still no sign of the TBM having started. Another 45 days passed in November and there was still no sign. Then earlier this month, the BMRCL’s General Manager of Finance enthusiastically announced on Twitter that the TBM had restarted. After double checking with multiple sources who are closely involved with the project, this turned out to be incorrect much like a lot of the information which has been divulged by the BMRCL so far.

With the TBM now on its merry way, the big question is when it’ll make a breakthrough at Majestic station. To find that out, let’s take a look at the performance of TBM Kaveri which is working on the parallel down-line tunnel. Kaveri was launched in February 2015 and has a little less than 200m out of 744m to go. At the rate at which it is tunneling, Kaveri will reach Majestic only by April/May 2016. With that in mind, TBM Krishna could realistically take anywhere from 12 to 15 months to complete, which places the opening of the Green line’s underground section and the entire Phase 1 project towards the end of 2017.