The Minister of Urban Development, Venkaiah Naidu, along with India’s Metroman, E. Sreedharan, and executives from Alstom and Kochi Metro Rail Ltd. yesterday unveiled and flagged off the first metro train for Kochi’s 25.6 km metro line! This train is part of the 75 coach (25 train-sets x 3 coach) contract that Alstom India had won in August 2014 after quoting a price of Rs 633 crore. The motor-car of this particular train was recently spotted being readied last week. 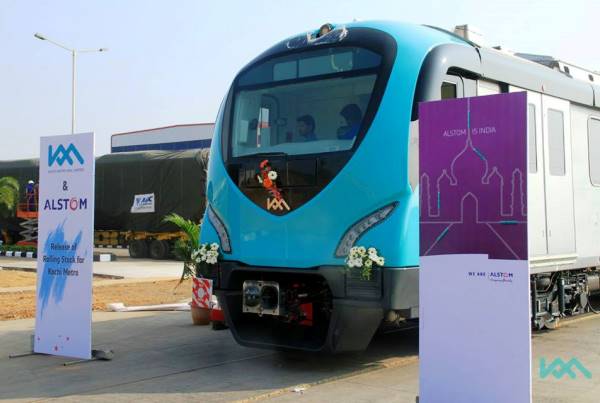 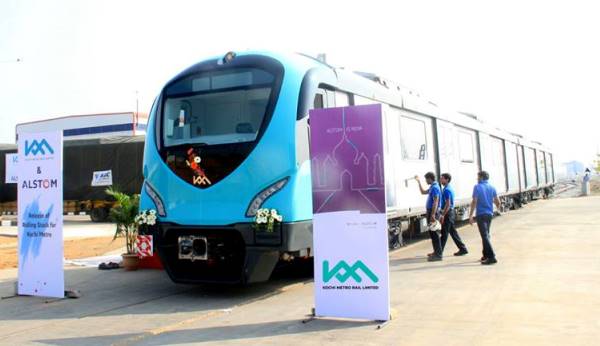 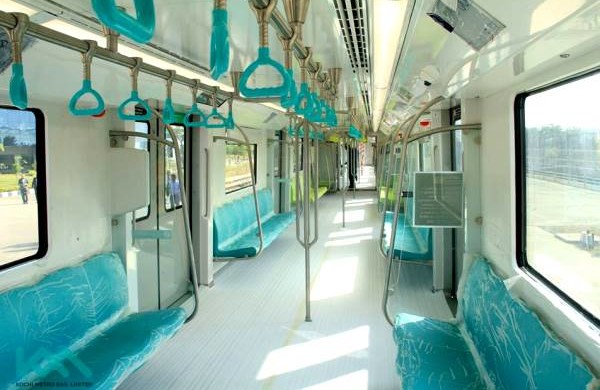 For comparison, here’s a computer generated rendering of the interiors: 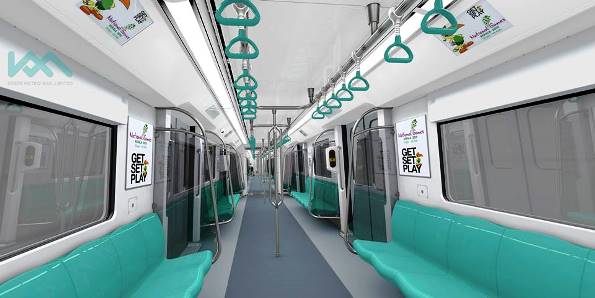 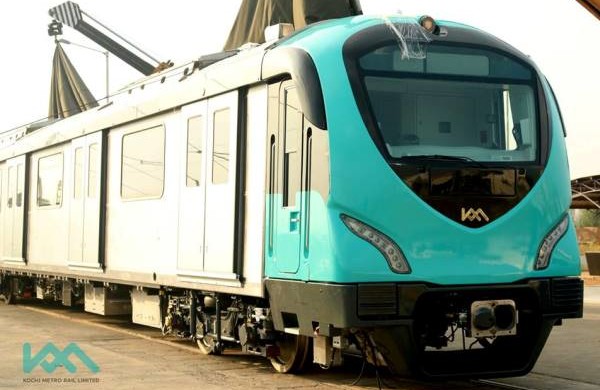 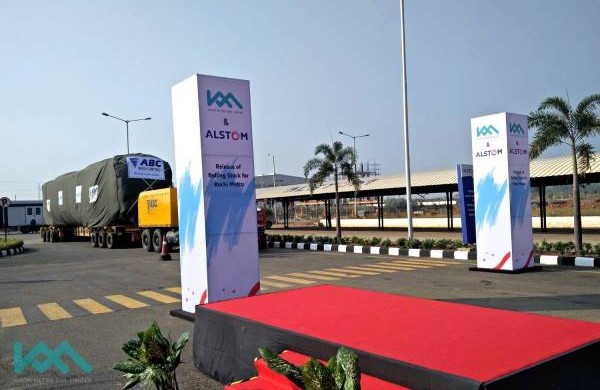 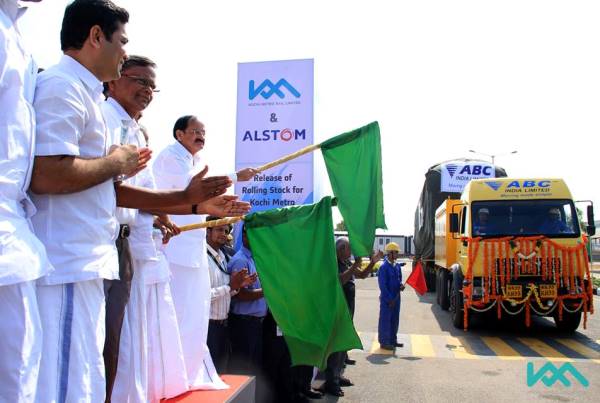