3 weeks after the J Kumar-CRTG JV’s Tunnel Boring Machine (TBM) #1 began its initial drive from Naraina Vihar to the Mayapuri shaft for the 58.596 km Pink line, TBM #2 has also now started its journey behind it! Before the end of 2015, the contractor for CC-20 of the Delhi Metro’s 159 km Phase 3 project began work and erected 8 temporary rings. After returning to the site on January 2, work restarted and so far 4 permanent rings have been placed for the up-line tunnel!

As a reminder, this TBM had originally started tunneling from the Delhi Cantonment and made a breakthrough at Naraina Vihar on October 26. The contractor then dragged the TBM across the station’s length (around 200m) using hydraulic jacks over a period of 18 days in November.

Satellite imagery of the Naraina Vihar station from where the TBM was launched:

Alignment of this section: 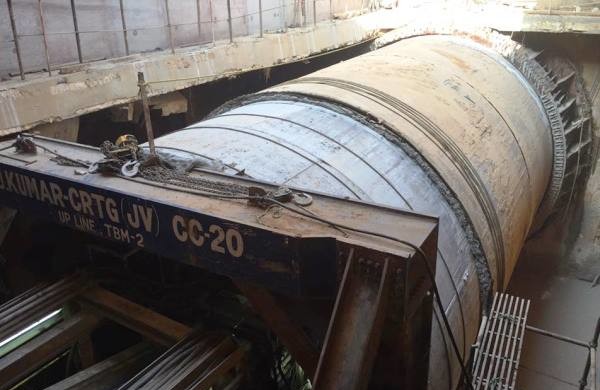 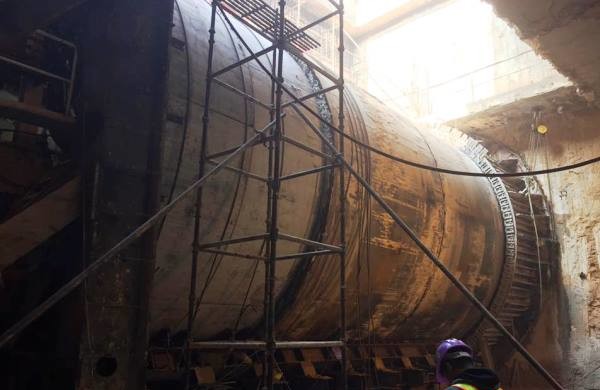 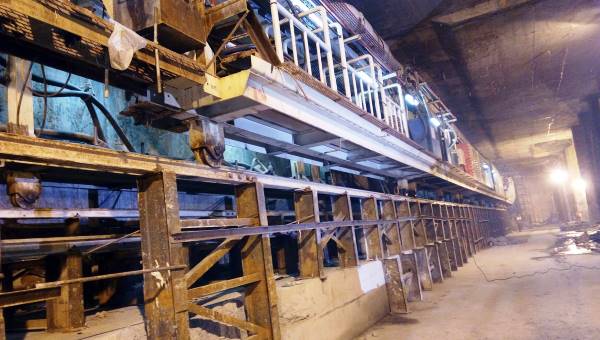 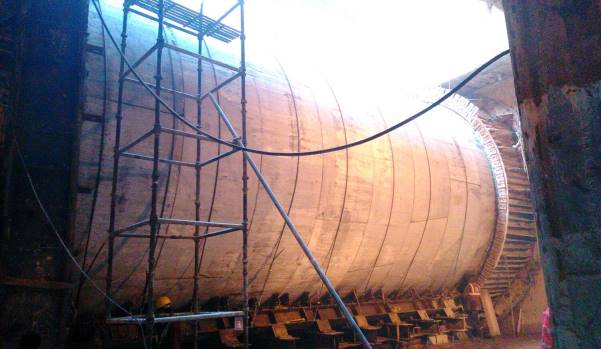 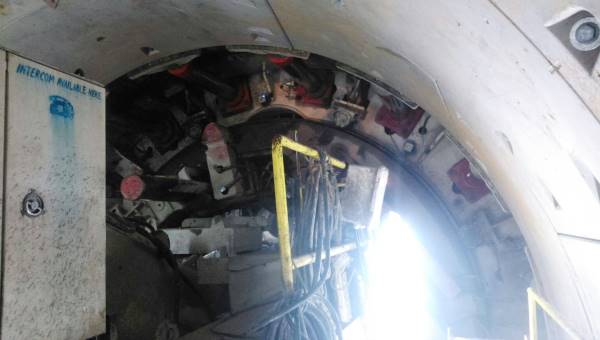 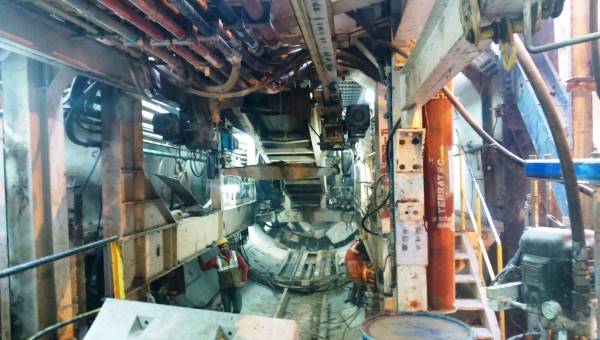 Inside the backup gantry of the TBM – Photo Copyright: Abhay Kumar

Meanwhile, TBM 1 has completed roughly 150 m out of 330 m after being launched in early December! At the rate at which it is tunneling, a breakthrough will be made by the end of this month or in early February. Here’s an image of the tunnel and temporary rings it left behind at the Naraina Vihar station: 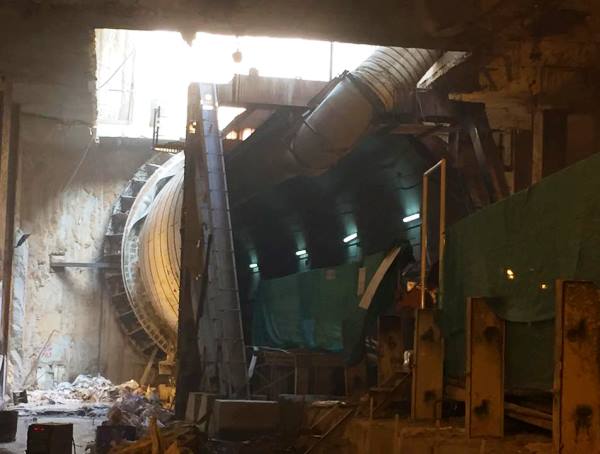 TBM 2 will cover a similar distance (+- 3 meters) and is expected to make a breakthrough by the end of February or in March after which all tunnels for contract CC-20 between Mayapuri and Delhi Cantonment will be complete!