After 2 rounds of bidding, the China Railway Rolling Stock Corporation (CRRC) has emerged as the lowest bidder for supplying coaches for the 30.016 km Noida – Greater Noida metro project! Yesterday the Noida Metro Rail Corp (NMRC) opened the financial bids for 3 contenders which also included Alstom India (with a plant in Sri City, AP) and BEML (with a plant in Bangalore).

The NMRC will now take about a week to finalize the contract, which would entail CRRC to supply 19 train-sets of 4 coaches for a total of 76 coaches in 114 weeks. The contract will also include the provision to order more coaches in the future to extend the trains to 6 coaches if needed. 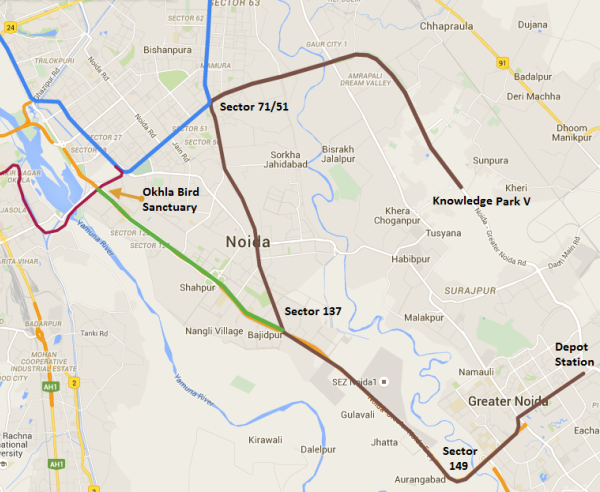 CRRC Corporation is a Chinese-government owned rolling stock manufacturer and was formed on June 1, 2015 after the merger of China CNR Corporation and CSR Corporation. It is no stranger to India as its various subsidiaries have previously won contracts in Mumbai, Gurgaon, Navi Mumbai and Kolkata.

In Mumbai, CRRC’s subsidiary – CSR Nanjing Puzhen has supplied 16 train-sets of 4 coaches for the 11.4 km Versova – Andheri – Ghatkopar line. The Mumbai Metro One Pvt. Ltd. has the option to increase this order to 18 train-sets of 6 coaches if required. 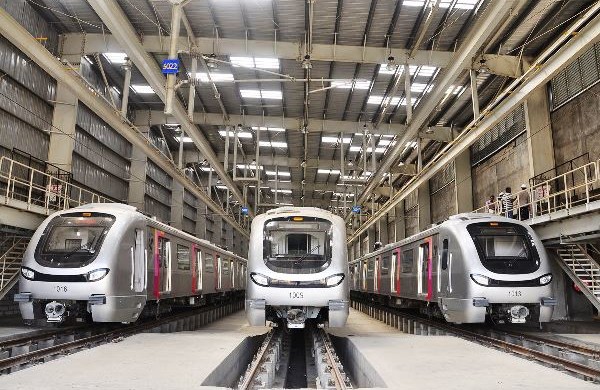 In Gurgaon, CRRC’s subsidiary – CSR Zhuzhou has supplied 5 train-sets of 3 coaches and is in the process of supplying 7 additional trains to take care of the under construction 7 km Phase 2 project (see updates). 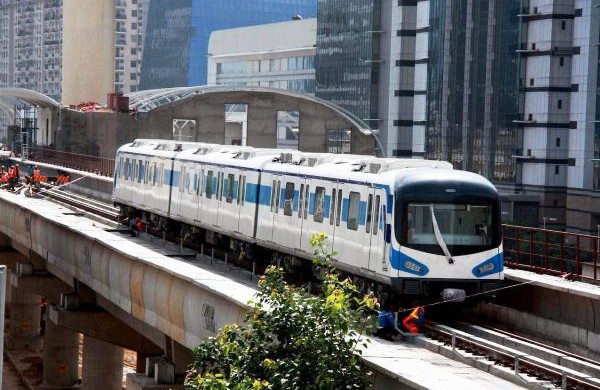 In Navi Mumbai, CSR Zhuzhou again won an order in 2014 to supply an unspecified number of trains for the 11.10 km Navi Mumbai Metro project (see updates). The trains’ design is yet to be revealed.

In Kolkata, CRRC’s subsidiary – CNR Dalian won an order in 2015 from Kolkata Metro to provide 14 trains of 8 coaches for a total of 112 coaches for the existing north-south line as well as the under construction BBD Bagh-Joka and New Garia – Airport metro lines (see updates). Like Navi Mumbai, the trains’ design is yet to be revealed.

The construction of the Noida Metro project is progressing quite nicely (see updates) and with trials expected to start in mid 2017, I expect the first metro train to reach the Greater Noida depot in early 2017.