On this past Friday, India’s Railway Minister Suresh Prabhu inaugurated the start of tunneling work for the Howrah portion of the East-West line at an event organized at the Howrah railway station! Work at the line’s Howrah Maidan had stopped 3+ years ago due to the contractor, a JV of Afcons-Transtonnelstroy, refusing to start work because of land acquisition issues in Kolkata’s Bowbazar-BBD Bagh area which the state government took no interest to resolve. As such, the contractor moved key equipment to its Shibpur shed and even sent some off to Chennai to assist in building the UAA-01 (Egmore to Washermentpet) and UAA-05 sections (Shenoy Nagar – Thirumangalam) of the Chennai Metro project.

With a new alignment chalked out & frozen in August 2015 and more importantly all agencies agreeing to it, construction workers returned to the Howrah Maidan site in November 2015 and kick-started work to prepare the site in order to launch the Tunnel Boring Machines (TBMs) towards Howrah station. 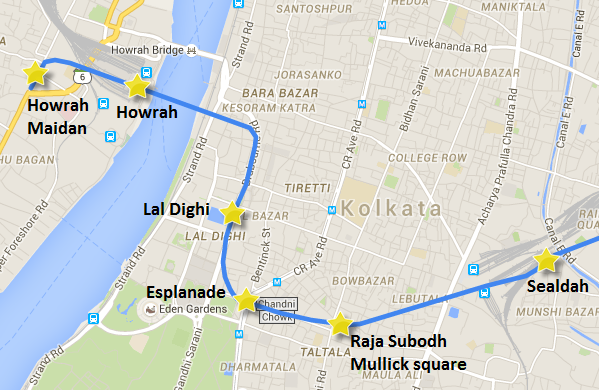 Note: The station at Raja Subodh Mullick square has been proposed to be dropped, but there hasn’t been any official announcement regarding this.

Here are some images with markings courtesy a news report in The Telegraph.

On Friday, workers lowered a 25 tonne cradle into the shaft on which the TBM will rest on. Yesterday, 3 more cradles for the same TBM were lowered. 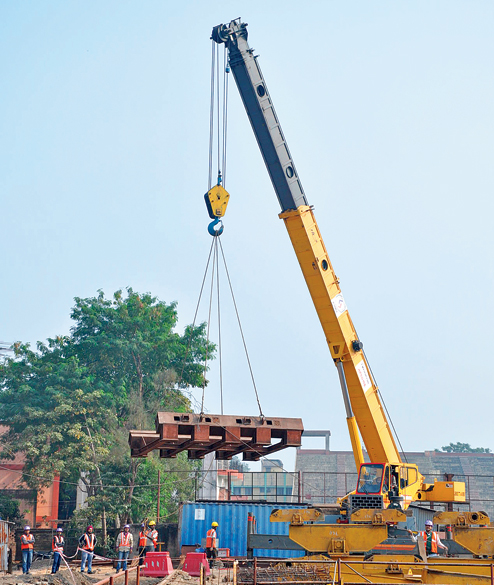 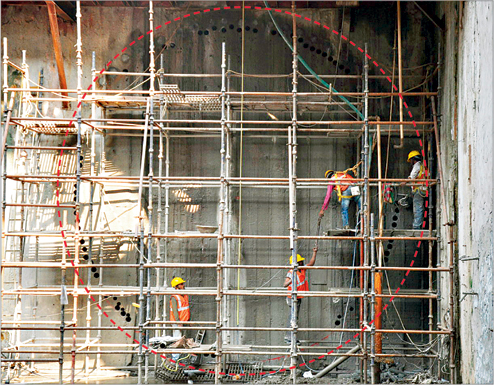 The eye of the tunnel being perforated – Photo Copyright: Telegraph India

The Telegraph also carried an image of a TBM, but in reality, that TBM was shot & utilized in Prague – the capital of the Czech Republic and has nothing to do with Kolkata’s Metro.

Tunneling work on the Howrah Maidan-Howrah station will start in March 2016 once all the TBM’s parts are lowered and assembled. From there on, it will take anywhere from 3 to 5 months for the TBM to reach the Howrah station which lies on the edge of the Hooghly river.