After successfully testing a prototype, the Delhi Metro’s contractors last month began installing 288 half height Platform Screen Doors (PSDs) at 6 stations on the Yellow line! These 1.7 meter tall doors will act as a partition between the platforms & track area, and only open & close when a train arrives and departs. These PSDs are being installed to eliminate suicides and prevent accidents that may arise due to heavy passenger movement that is witnessed at the following stations: 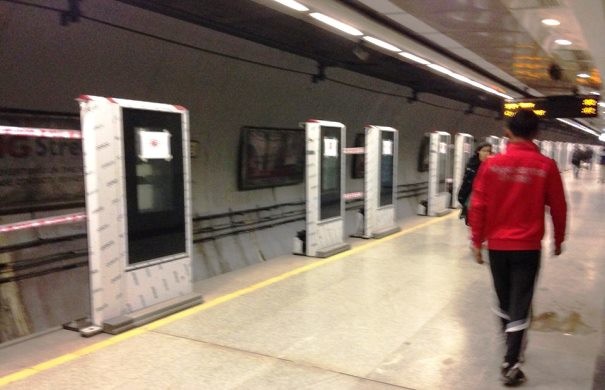 The 83 crore contract to install the 288 PSDs for contract BS08 was awarded to a JV of NRT (a South Korean company) and Stone India in November 2013. NRT is a company that specializes in PSDs and they’ve previously installed them at various metro lines at Baku in Azerbaijan and at Incheon & Seoul in South Korea (see company history).

Work to create a functional prototype first began at NRT’s Korean facility in May 2014 following which a Delhi Metro Rail Corporation (DMRC) team made a 3 day site visit in November 2014. NRT was kind enough to document the team’s journey in a YouTube video which involved eating sumptuous ramen, travelling on one of the high speed rail lines and enjoying the view of the gentle, rolling hills 🙂 . During their spare time..ahem..visit to NRT’s facility, the DMRC team took part in a workshop to understand and get a demonstration on how the PSDs will function: 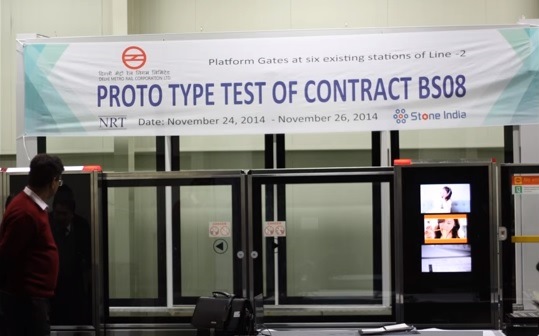 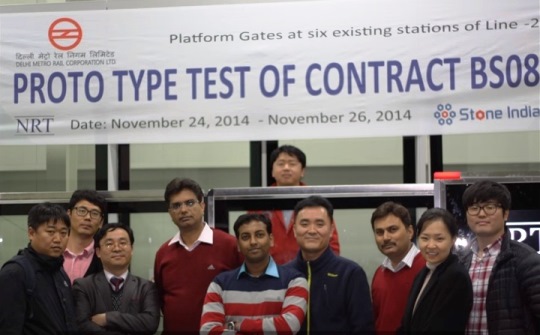 After that workshop, the action moved to Delhi where a working prototype was installed at DMRC’s test center in Chawri Bazaar (not the station) for further testing: 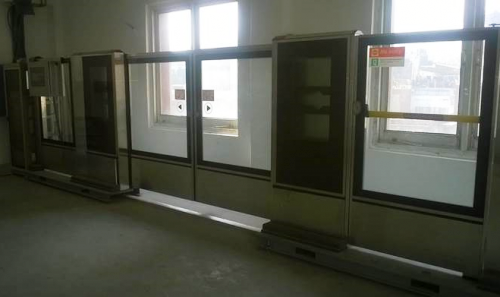 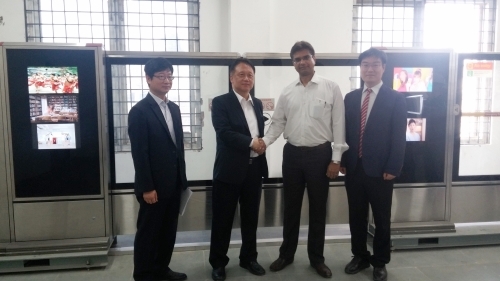 Following successful tests, in December 2015 – the NRT-Stone India team began installing frames of the PSDs during non-revenue hours in the nights starting with the Chawri Bazaar station. The PSDs at all 6 yellow line stations or platforms are expected to start functioning by May 2016.

Unlike the full-height PSDs installed at the Airport Express line’ stations (see image), the ones installed on the Yellow line will feature LCD screens for displaying advertisements! Apart from this line, all stations on the new 58.596 km Pink and 38.235 km Magenta lines will also feature half height PSDs. The 3 contracts to install them valued at Rs 131.32 crores, Rs 98.71 crores and Rs 312.11 crores were given to a Japanese-Indian consoritum of KTK – AIKON in May 2015.