Here are some brand new images of Lucknow’s metro line under construction in the Singar Nagar area of the city! Work on the southern portion of the line at Transport Nagar & Krishna Nagar is largely complete barring a 60m section over a railway line on which a steel bridge will soon be erected. The L&T team is now busy erecting U-girders and I-girders at various locations in the middle section of the 8.3 km priority corridor between Charbagh & Transport Nagar. 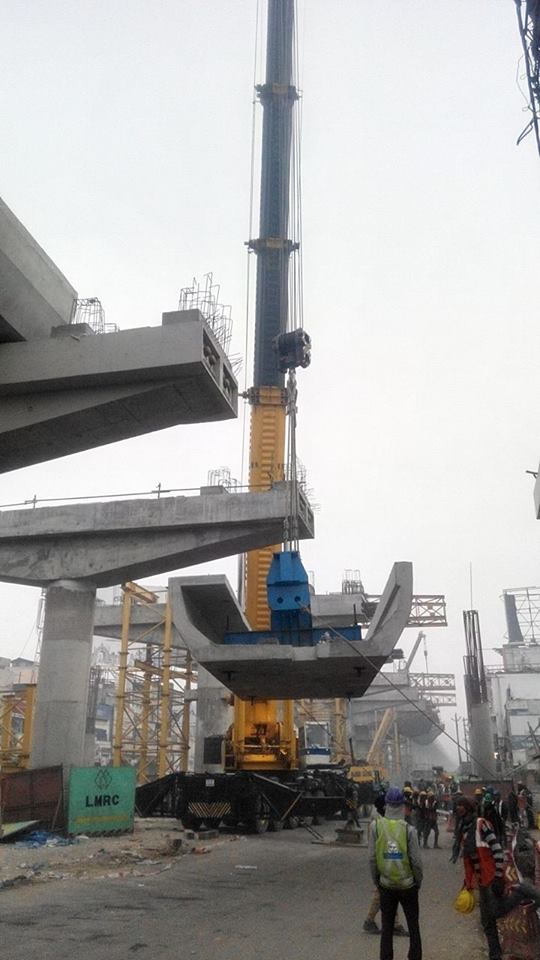 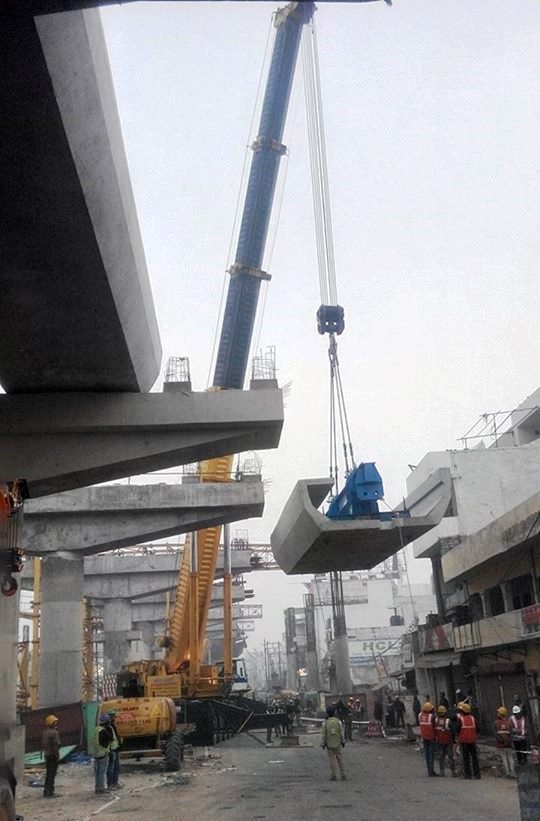 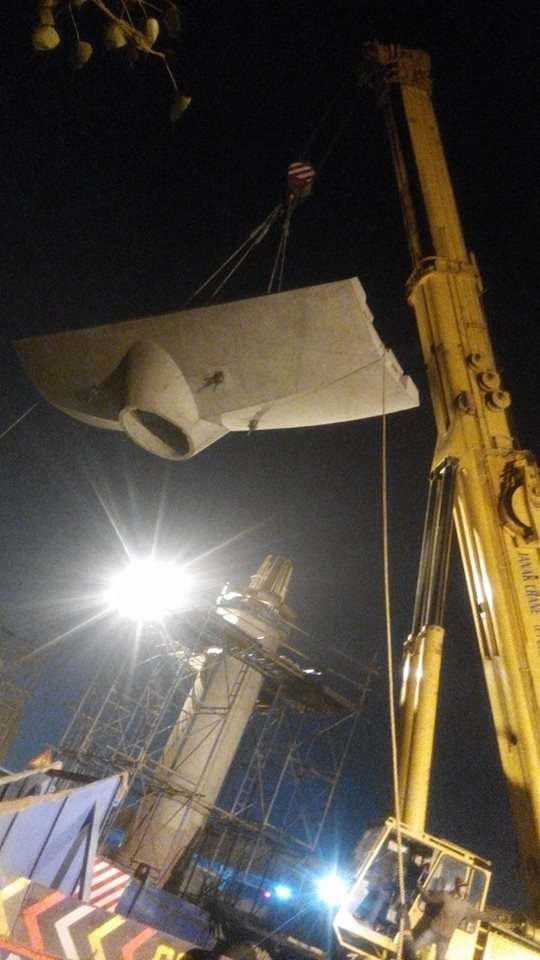 A pier-cap being erected on top of a pier – Photo Copyright: Yatendra Raghav 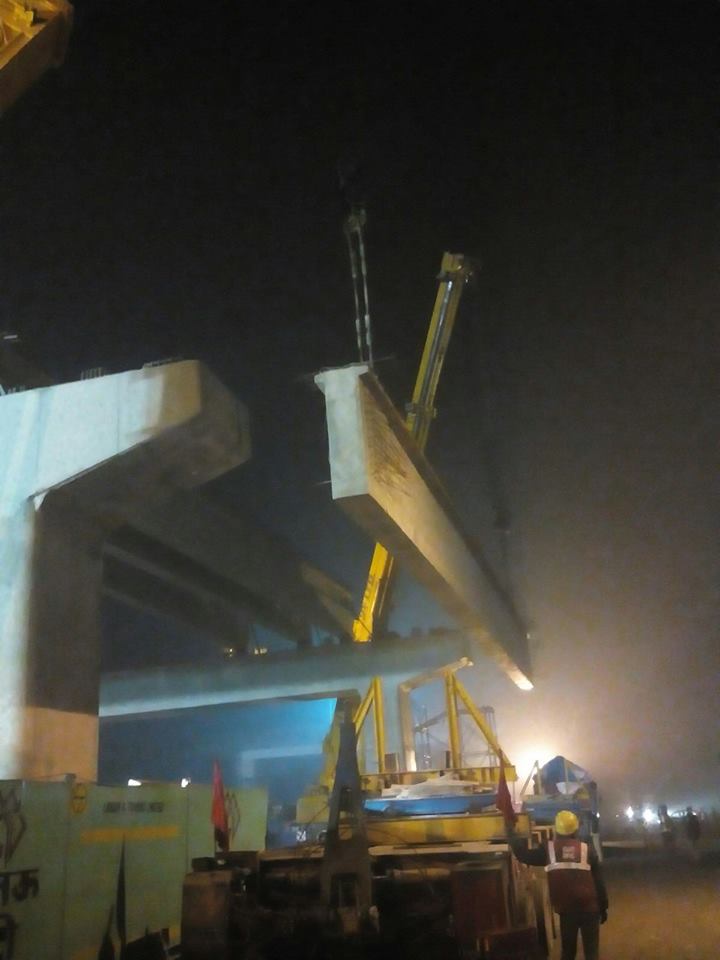 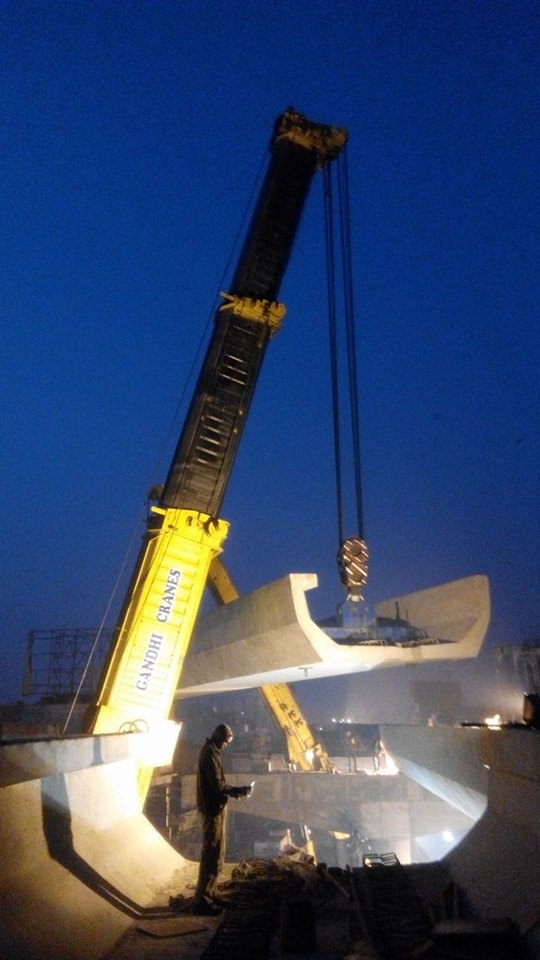 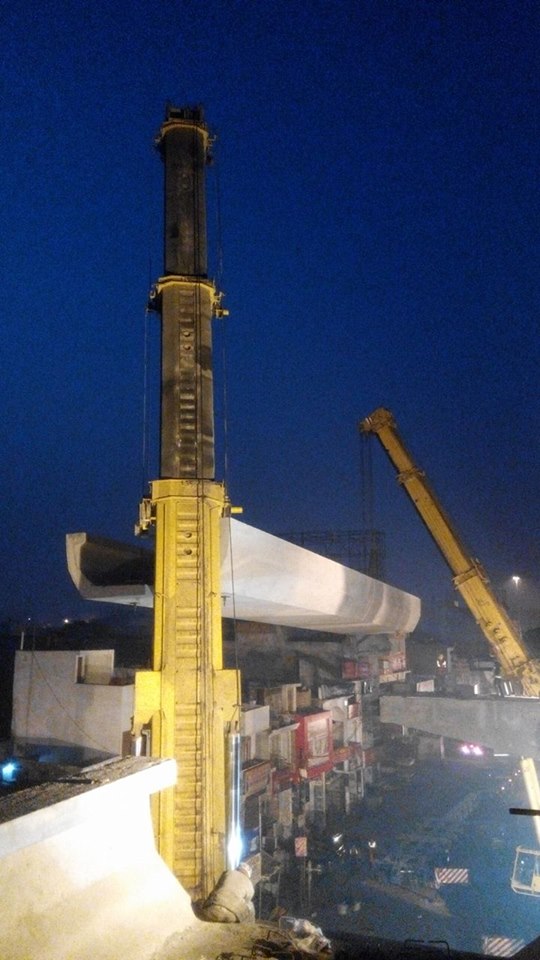 Work on the project is progressing at a nice pace with no obstacles thanks to the full backing of the state government. This past Sunday, work to lay 13 kms of rails began at the depot! See: Track Laying Work Starts for Lucknow Metro

As a reminder, the Lucknow Metro Rail Corporation aims to complete all civil work & start trial runs by December 2016 and launch commercial operations in February 2017!

For more updates on the Lucknow Metro, check out the Lucknow section of the The Metro Rail Guy!