Here are some brand new images of Kochi Metro’s 1st train parked at the Muttom depot taken over the past couple days! Since its arrival on January 10 from Alstom’s plant in Andhra Pradesh, the train has been shunted into the stabling shed whose basic shell along with tracks are ready. Initial testing of all onboard systems has been completed and as per some reports, an unofficial trial run prior to the official one (with politicians & their ilk) is expected to take place today. 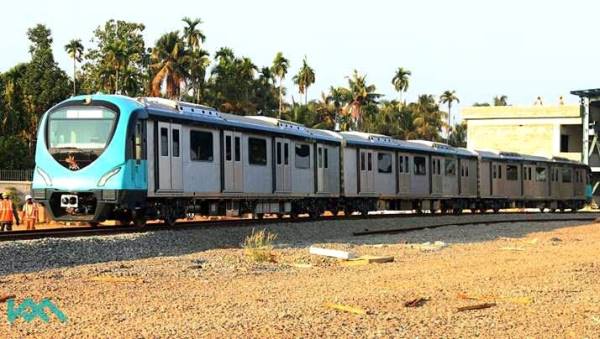 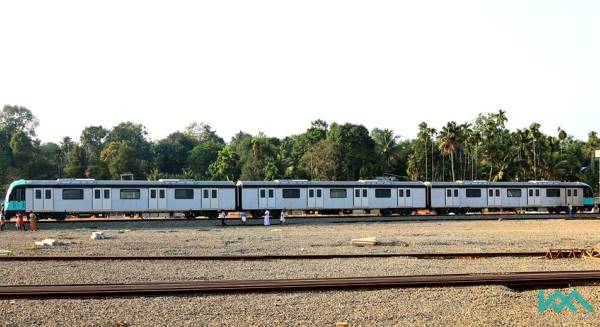 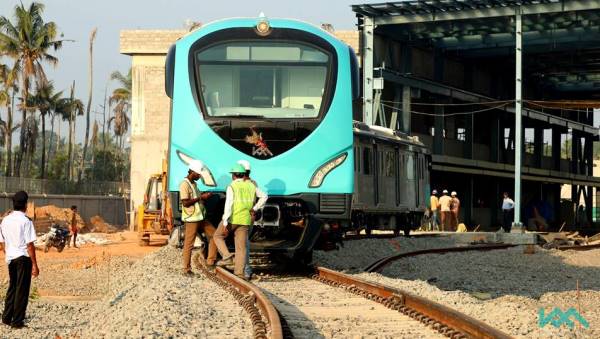 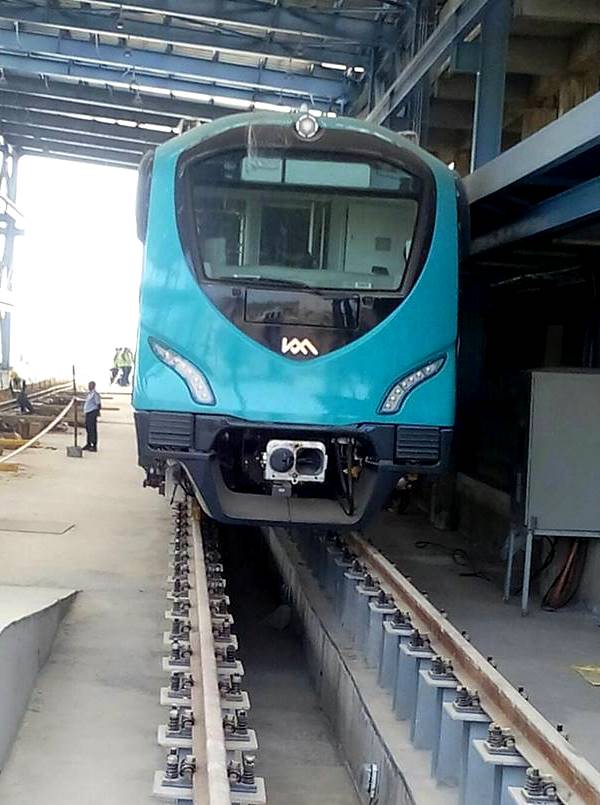 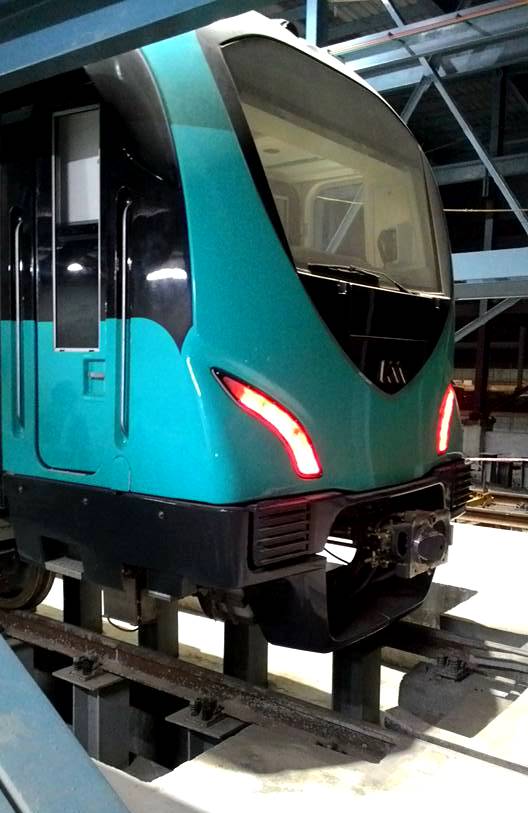 With its headlights lights ON! – Photo Copyright: Akshay Roy Jhitu

The formal test run on the 975m test track within the depot will commence on January 23rd after the coaches are unveiled in a formal ceremony.  Once the ramp connecting the depot to the main line is ready in March/April, the train will begin testing on the 7 km stretch between Muttom & Edappally. The next metro train for the system will be delivered in April after which a new train will join the fleet every month.