After multiple rounds of tendering over 6 years, the Kolkata Metro Rail Corporation has again awarded the Rolling Stock contract for Kolkata Metro’s under construction East-West line! This time, the winner is Bangalore based BEML which emerged as the sole bidder for the contract in September 2015. As per the contract valued at Rs 900 crore, they will supply 14 train-sets of 6 coaches each for a grand total of 84 coaches. The first train-set is expected to be delivered in 18 months from now.

With a technology transfer agreement in place with South Korea’s Hyundai Rotem, BEML has in the past supplied coaches for Jaipur, Bangalore and the Delhi Metro. Prior to this, in 2009 the Kolkata Metro Rail Corporation (KMRC) had awarded the Rolling Stock contract to Spain’s Construcciones y Auxiliar de Ferrocarriles (CAF), but due to cost escalation issues and non-payment of Rs. 70 crore (10% of cost) by KMRC as a mobilization advance, the company pulled out of the project in 2014. 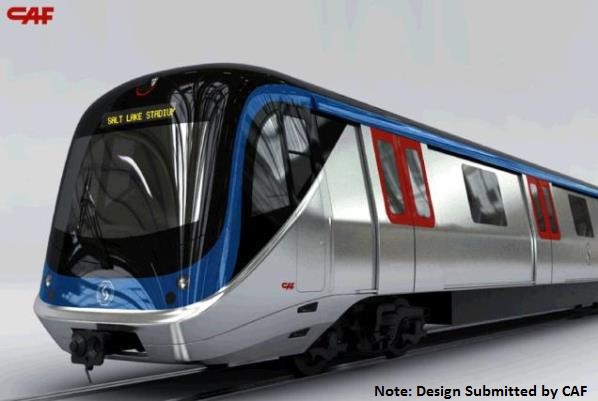 The East-West line from Salt Lake’s Sector V to Howrah was envisioned to be 14.67 km long, but due to a realignment in central Kolkata, this figure has now slightly increased. As things stand, all alignment & land acquisition issues have been sorted out and only a couple of clearances are pending before work begins at Lal Dighi. What’s good is that construction workers & engineers have returned to all underground sites. On January 8, engineers from Afcons lowered a TBM’s cradle at the Howrah Maidan station following which the station box’s diaphragm wall was perforated by a drilling machine to form the tunnel’s eye through which the up-line’s TBM will bore.