Workers from the Pratibha-FEMC JV yesterday lowered the front and middle shields of a Tunnel Boring Machine (TBM) at the RK Puram shaft to bore the Delhi Metro’s new 58.596 km Pink line’s down-line tunnel! The TBM from here will bore a roughly 400 m long tunnel towards the Bhikaji Cama Place station, the last on the Delhi Metro Phase 3’s CC-18 section from the RK Puram shaft to Lajpat Nagar.

Satellite imagery of the RK Puram shaft from where the TBM will be launched: 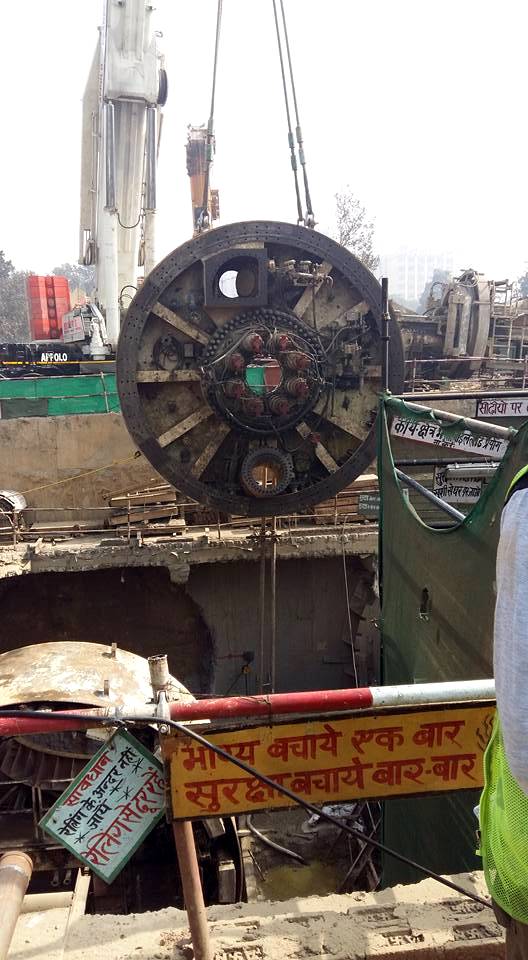 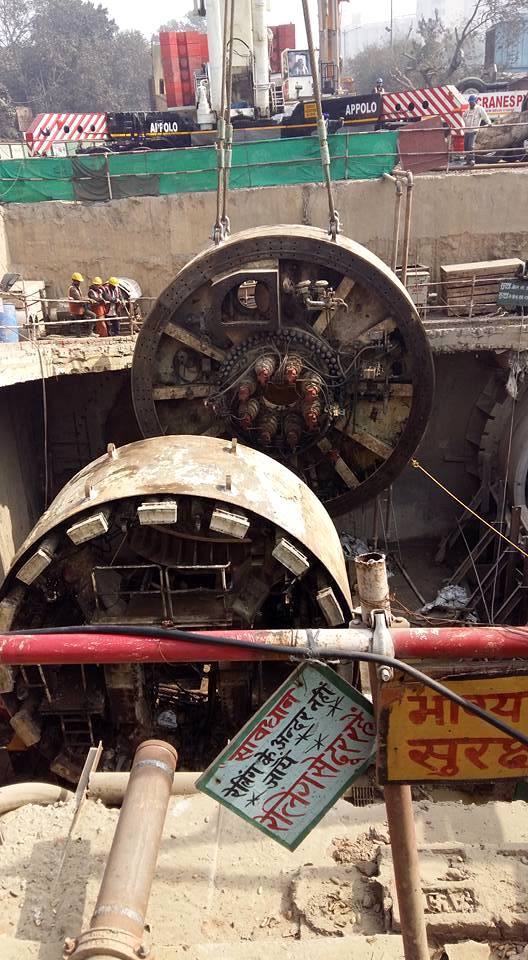 Over the next two weeks, the team will continue lowering other parts of the TBM such as the cutterhead, segment erector, back-up gantry and assemble them to commission it on or around February 10. From there on, it’ll take anywhere from 2 to 4 months for the TBM to reach Bhikaji Cama Place.

As a reminder, the TBM on the parallel up-line started tunneling in December and is expected to reach Bhikaji Cama Place in February/March. Once this TBM on the down-line is commissioned, only 2 more TBMs will remain to be commissioned on the entire Pink line – both in the CC-04 section at the mouth of the ever so important Mukundpur depot.

For a more detailed report with progress made on all lines’ tunnels, please see my January 2016 Tunneling Update.