After applying and securing approvals for 2 railways blocks of 1.5 hours each from the Indian Railways, Larsen & Toubro erected 2 girders each on Friday and Saturday nights above a rail overbridge (ROB) for Lucknow Metro’s viaduct! In total, Four 30 meter long I-shaped girders were lifted to their final resting locations using 2 cranes bringing the viaduct of the Metro’s 8.3 km priority corridor from Transport Nagar to Charbagh a little closer to completion.

Images of the completed viaduct on either side of the railway line can be viewed here. 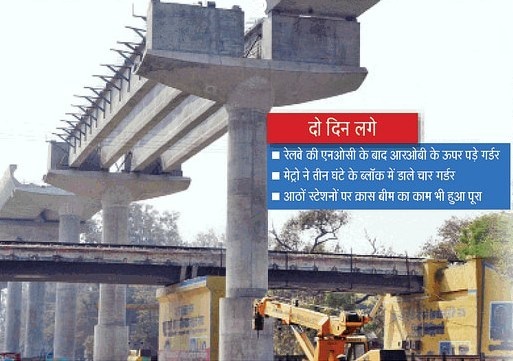 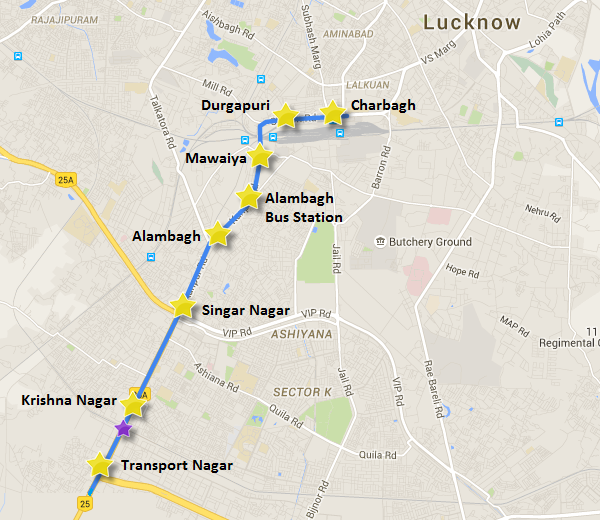 Images from Friday and Saturday nights: 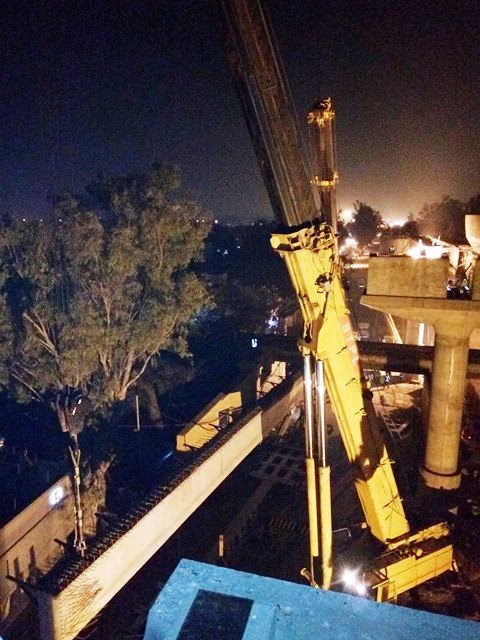 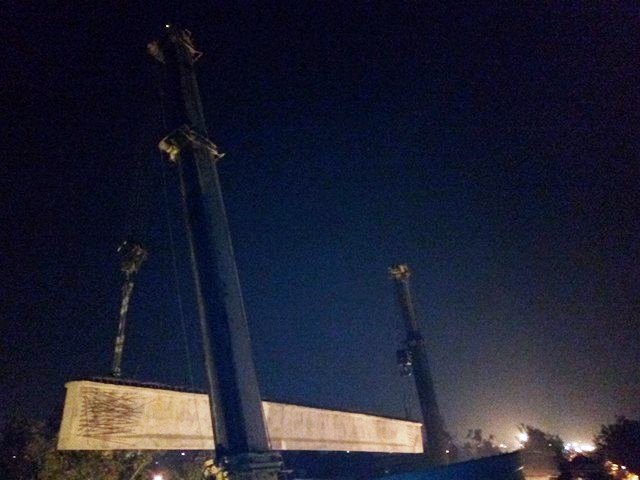 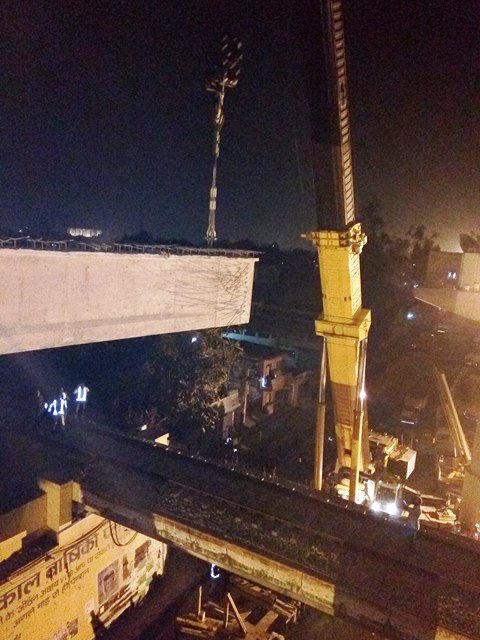 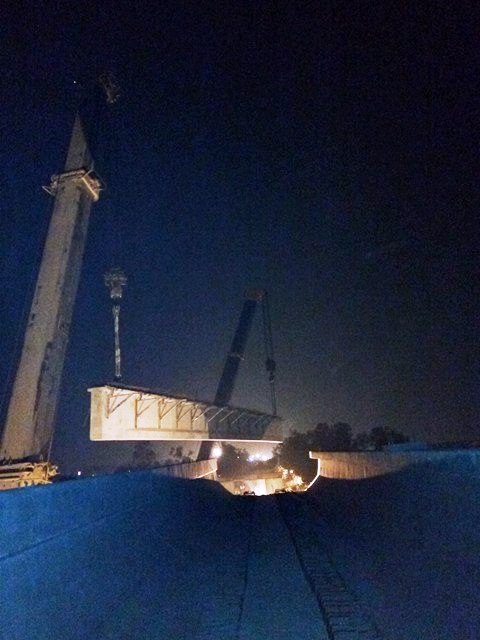 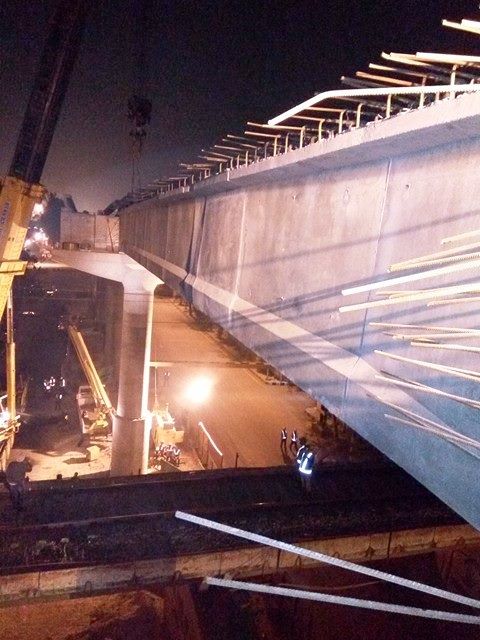 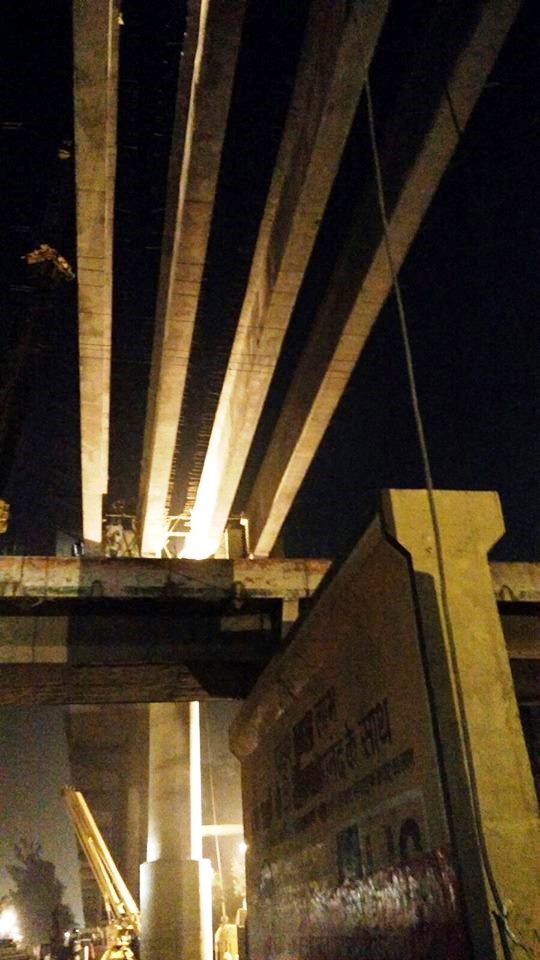 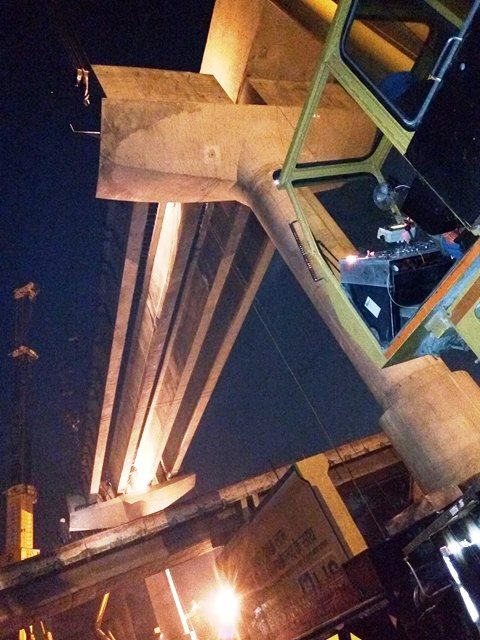 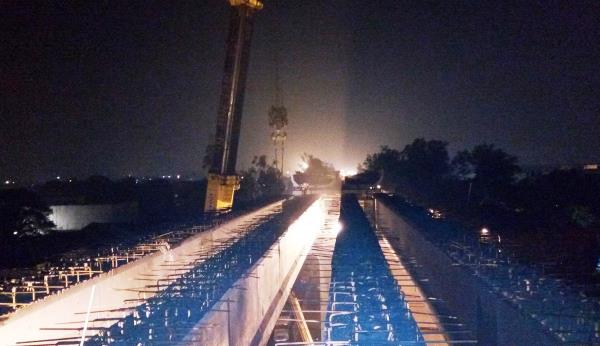 One last view from the top – Photo Copyright: Yatendra Raghav

The next challenge for Larsen & Toubro and its subcontractor HMM Infra would be to push & place a 60m long steel truss bridge over the railway lines at Mawaiya, similar to the one pushed recently at Delhi’s Punjabi Bagh for the Pink line.

HMM Infra is currently doing a trial assembly (yes, that exists!) at its Ambala workshop and will start mobilizing the site in March. In January, I shared 2 images of it through my Twitter account:

March 6 Update: The above bridge is meant to come up at Awadh crossing adjacent to the Singar Nagar station. At the Mawaiyya railway crossing, SP Singla will build a 255 meter long cantilever bridge.