While I was out on a vacation (see pics here & here), the Kochi Metro Rail Ltd & Delhi Metro Rail Corporation on the evening of February 27 launched a trial run on a small 3.5 km stretch between the Muttom Depot and Kalamassery station! This is the first time Kochi’s Alstom built metro train has ventured out of the depot after a formal test run was carried out on the 975m test track within the depot in January. 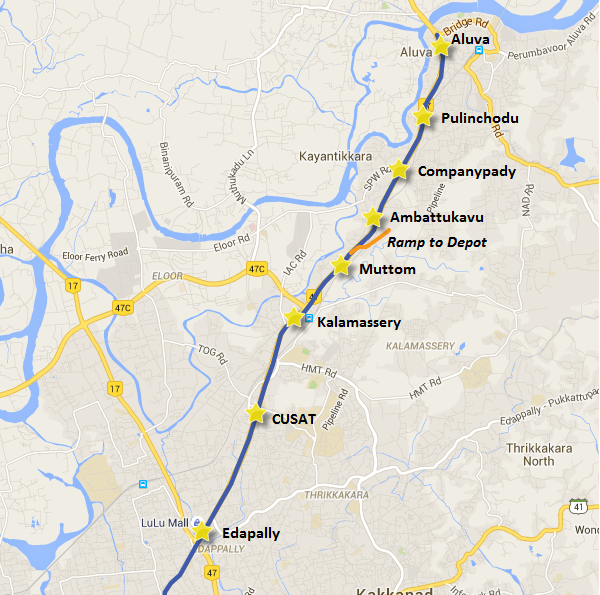 This trial run was launched hurriedly so as to show its progress before the upcoming state legislative elections. Track work between Muttom and Kalamassery is not entirely complete (see images below) and workers took 3 days to remove all physical obstructions on the track to ensure a smooth run. The train operated with a 2 member crew and engineers at 10 km per hour with the aim to look out for any flaws in the tracks’ alignment and third rail from which Kochi’s trains will derive power. 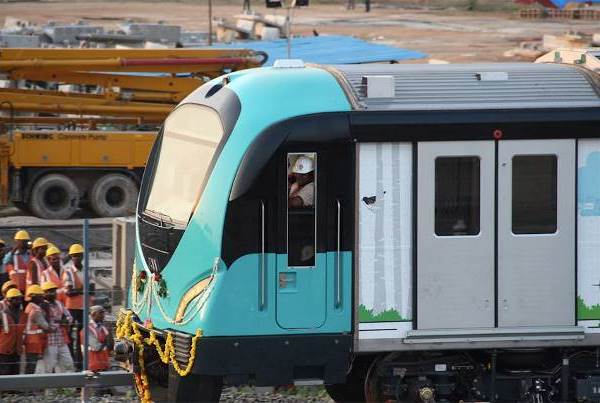 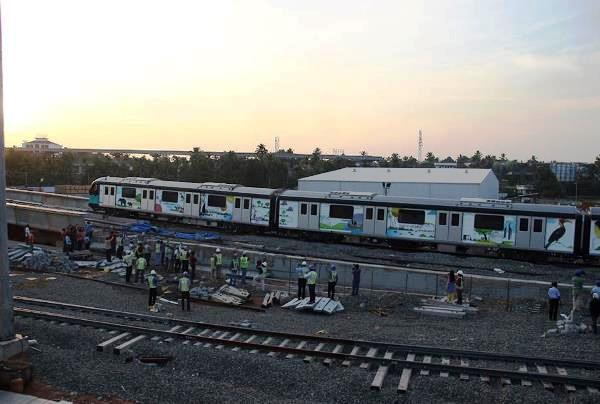 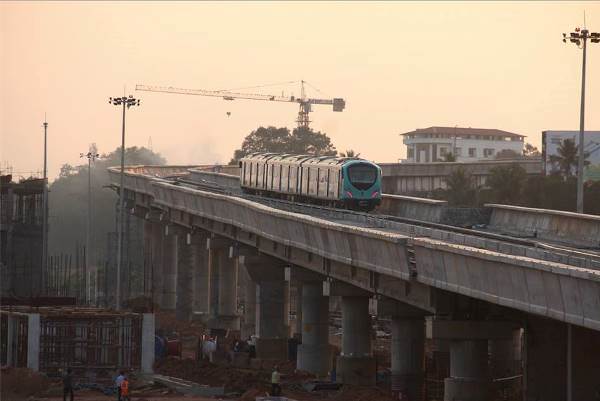 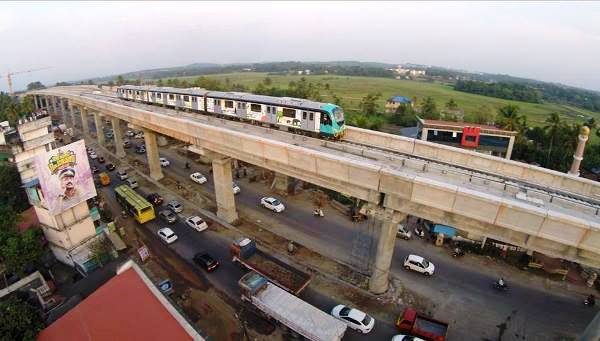 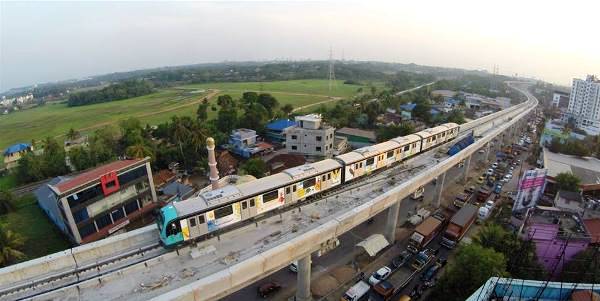 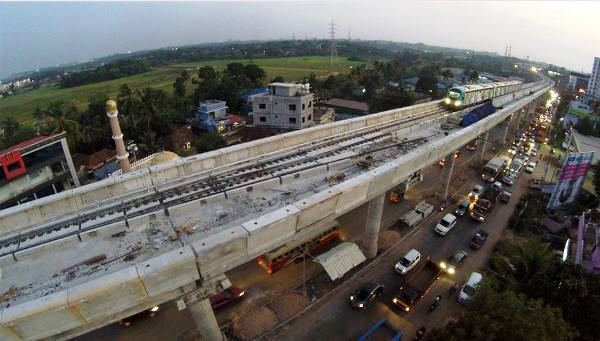 Returning back to the depot – Photo Copyright: Kochi Metro Rail 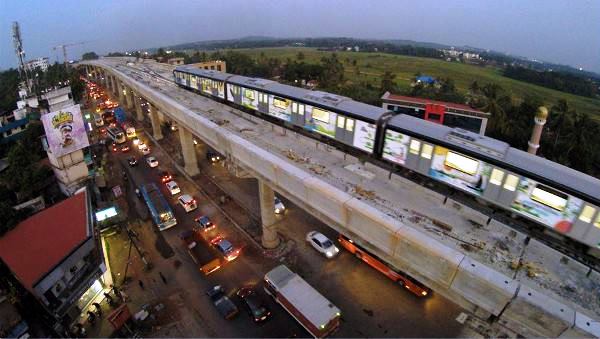 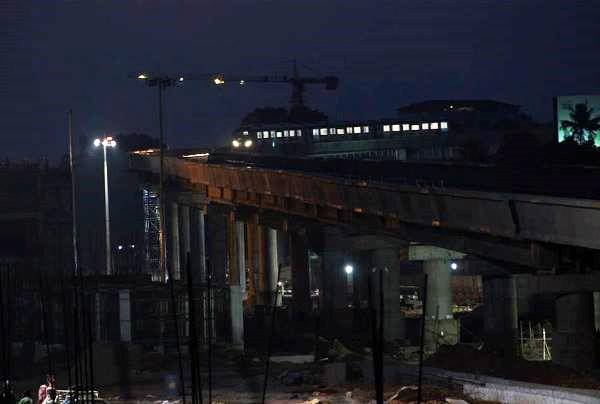 And here’s a video:

On March 18, the KMRL/DMRC plans to launch a trial run towards Edapally, a distance of 6 km from the Depot. Following that, trial runs are expected to be gradually extended southward towards Palarivattom by May and up to Maharaja’s College by July.