This is the 3rd breakthrough for the month! The first took place at the Mayapuri Shaft on March 2 and the second at the Panchsheel Park station on March 7.

On March 11, a TBM operated by the L&T-SUCG team for contract CC-05 of Delhi Metro’s Phase 3 made a final breakthrough for the 9.37 km Violet line project at the Delhi Gate station! This TBM was originally commissioned from the Jama Masjid station in April 2015 and excavated approximately 1100 meters for the down-line tunnel to make this breakthrough.

Note: All tunneling work for this line has finally been wrapped up! 🙂 Horizontal excavation on the Golcha mid-shaft’s diaphragm wall is underway after which the up-line TBM, which was commissioned from Jama Masjid but got stuck, will be pulled out and retrieved.

Note: This view will be hidden in Google’s next round of updates.

Under the Delhi Metro Phase-III project, the Violet Line is currently being extended by a distance of 9.37 km from Central Secretariat to Kashmere Gate. Out of this, the 3.03 km Central Secretariat – Mandi House stretch became operational on June 26 2014 and the .972 km Mandi House – ITO stretch on June 8 2015 – See: Delhi Metro’s History. With this breakthrough, tunneling work north of the ITO station is now complete. 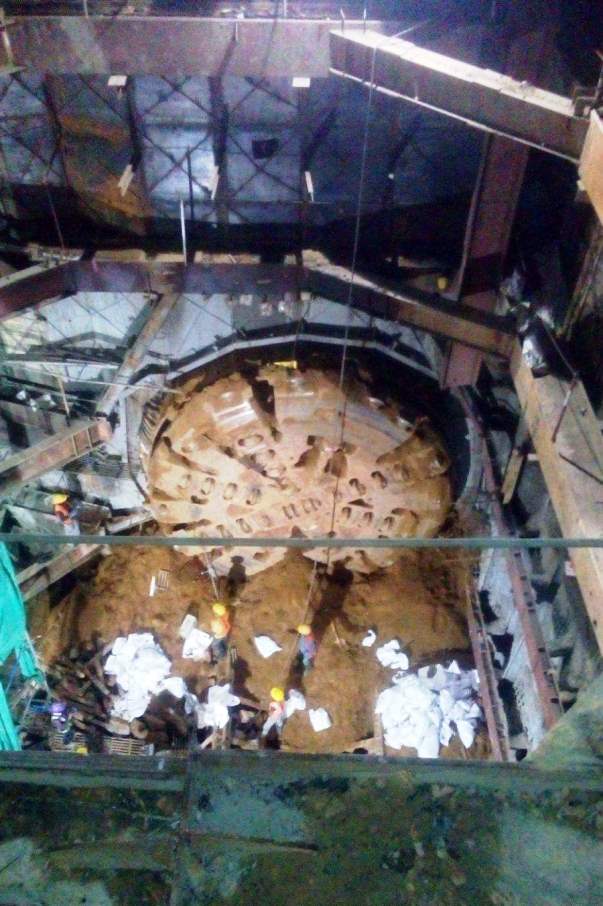 To recap, recent breakthroughs on this line include:

Here are 2 recent images from within the Delhi Gate and Jama Masjid stations: 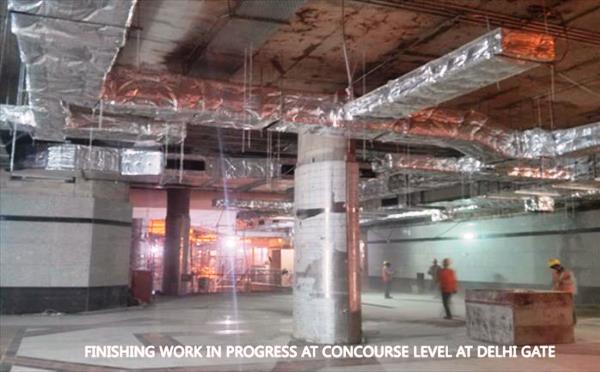 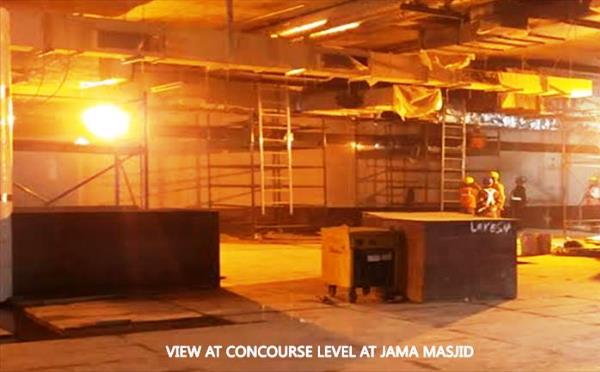 As for the Lal Qila station, the interiors will be designed to replicate the architecture of the Red Fort and give a glimpse of the lifestyle of its inhabitants:

…will have sections that will replicate the intricate architecture of the Red Fort, including the delicate jali work as well as the jharokas. Artists and craftsmen will be employed to create authentic details of various elements like stone inlay work, carbon work and miniature paintings. Metals such as bronze and copper will be used, as will be wrought iron, in the design of the station. Brass and copper work will be hand-crafted or beaten into shape and traditional joinery used to connect different pieces.

A large plan of the imperial city of Shahjahanabad will be incorporated in the artwork to give the viewer a good idea of the context of the complex. A vertically mounted model of the whole complex with reference to scales will also be incorporated for an understanding of the massive expanse of the fort
– continue reading.

The Chief Project Manager of the 9.37 km Violet line project, Atul Gadgil, is chasing an August 15 2016 opening for the 5.37 km ITO-Kashmere Gate section, but the DMRC has officially revised the opening to September from March 2016 on their website and publicly:

Progress of civil works upto January 2016 on the 9-km long line is 92.35 per cent and is targeted for completion in September 2016 – DMRC Spokesperson

Who’s excited? I know I am!