The Delhi Metro Rail Corporation (DMRC) has officially included a small 1.057 km elevated extension of the Yellow line from Samaypur Badli to Siraspur into its upcoming Phase 3 network! This inclusion with 1 new station was first made in their Annual Report for 2014-2015 which was released in December 2015 along with a map of the Phase 4 project, and has now been reproduced in their official Phase 3 map as well. With this, the Phase 3 project’s scope has grown to a slightly more impressive 160.574 km! 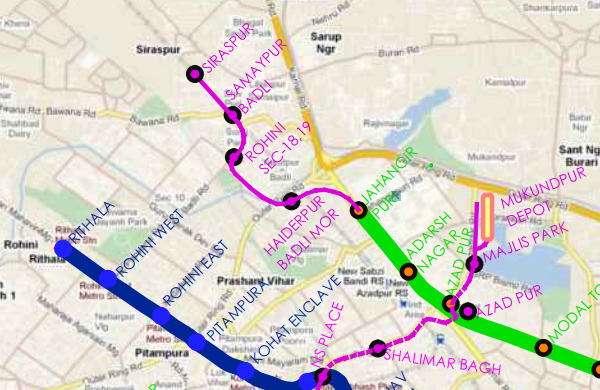 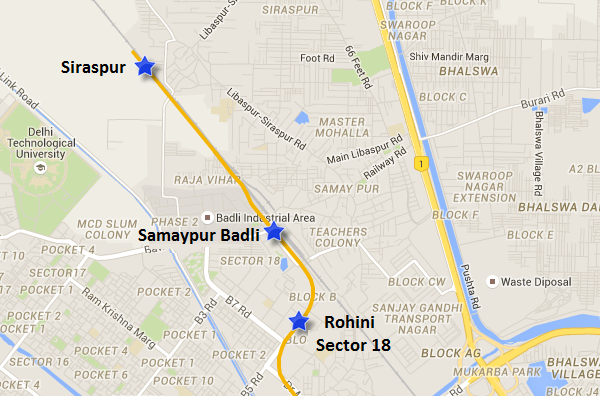 As a reminder, the DMRC started operations on the new 4.489 km Jehangirpuri – Samaypur Badli section of this line on November 10 2015 which included 3 new stations at Haiderpur, Rohini Sector 18 and Samaypur Badli.

For the Siraspur extension, the DMRC in 2015 had quietly sent a funding proposal to the Ministry of Urban Development (Note: link downloads a document) through the Delhi Government for Rs 215 crore which is still pending approval. Once the MoUD’s approval comes through and funding is secured, they will invite tenders for its construction. If it comes through sometime in 2016, then this section can be expected to open in 2018 after which the Yellow line will become a little more than 50 km long.

Before I sign off – hilariously, in December 2014, the local BJP MP for North West Delhi Dr. Udit Raj announced the Siraspur project on Twitter and went ahead to lay its foundation stone with DMRC’s logo and all that jazz without the knowledge of the DMRC! Read about that little known incident here which I’m sure left them fuming.