Yet another breakthrough! This is the 4th one for the month after recent breakthroughs at the Pink line’s Mayapuri shaft, Magenta line’s Panchsheel Park station and the Violet line’s Delhi Gate station.

This time around, a Hitachi TBM deployed by the L&T-SUCG team for contract CC-27 of Delhi Metro’s Phase 3 project made a breakthrough at the Magenta line’s Aravali mid-shaft! The TBM excavated & built a 652m long tunnel for the new 38.235 km Magenta line’s down-line after being commissioned from the Vasant Vihar station in August 2015. As previously mentioned, the TBM actually reached the mid-shaft last week. The contractor then took 3 days to drill through the shaft’s diaphragm wall to reveal the TBM’s cutterhead and remove debris.

Satellite view of the Aravali mid-shaft 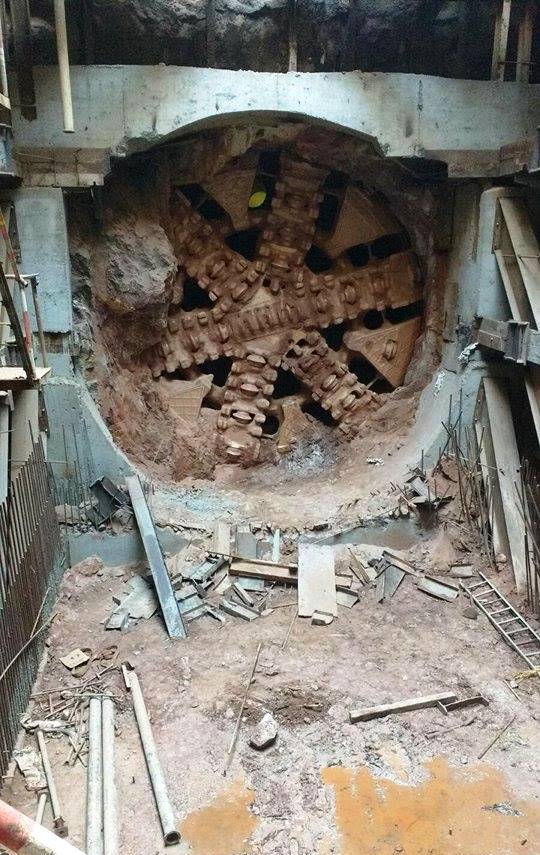 Relic inside a Greek temple, anyone? – Photo Copyright: Shalabh Gupta 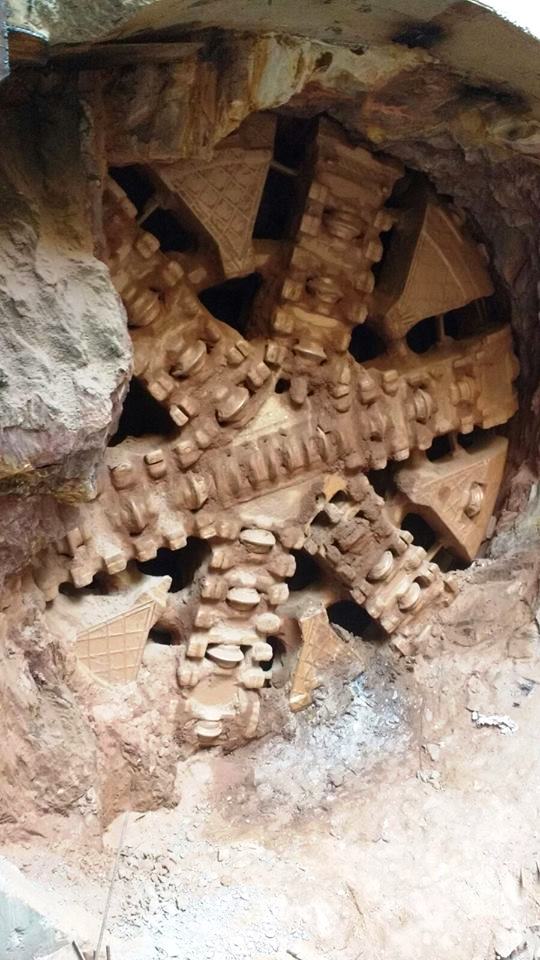 The 38.235 km Magenta line between Janakpuri W and Botanical Garden in Noida now has only 6 more TBM breakthroughs to go before all tunneling works are wrapped up: