Two small but newsworthy updates from this week so far:

With construction soon to begin on 3 approved lines (see info), this news shouldn’t come as a surprise!  U.P.S. Madan, the MMRDA’s Metropolitan Commissioner, in a recent interview to the Asian Age indicated that it would begin assigning colors to each line once significant physical work on the upcoming lines is completed. The final colors will be decided after discussions with Mumbai Metro One, Mumbai Metro Rail Corp and the City and Industrial Development Corporation of Navi Mumbai which are each responsible for executing different lines.

The plan of demarcating the metro line with rainbow colours will be executed in the later stages, as except the Versova-Andheri-Ghatkopar (VAG) Metro-1 corridor others are in the stage of execution. The colours will be chosen to give every metro line a distinct and different identity from each other. It will be done keeping in mind that any layman can relate to the colour instead of remembering the metro line by saying say Metro-1 or Metro-2A and Metro-2B.

The 11.4 km Line 1 which became operational in June 2014 between Versova and Ghatkopar has been depicted in blue in various maps, including the route map found inside its trains, so there’s a chance that it would become to be known as Mumbai’s Blue Line. However, this route map will be up for an update once the DN-Nagar-Dahisar & Andheri east – Dahisar east metro lines become operational by 2019-2020 and connect to the DN Nagar and WEH stations to form interchanges. 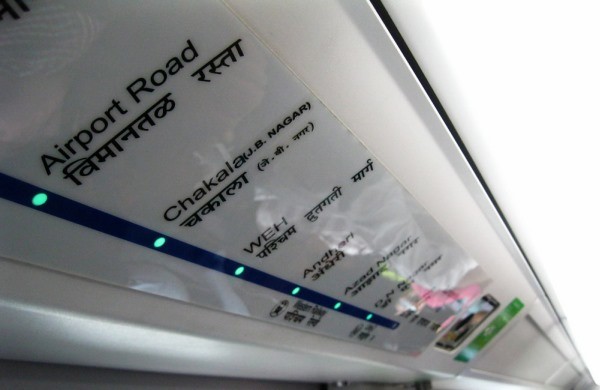 Devendra Fadnavis, Maharashtra’s Chief Minister, met up with E. Sreedharan on Monday and appointed him as an Advisor to all metro projects across the state! This includes the approved projects in Mumbai, under construction projects in Navi Mumbai & Nagpur, and finally the proposed project in Pune which is awaiting the Central Government’s clearance.

This will be E. Sreedharan’s 4th appointment to an advisory role by a state government. He currently serves as an advisor to Uttar Pradesh (Lucknow Metro), Kerala (Kochi, Kozhikode & Trivandrum Metros) and Andhra Pradesh (Vijayawada & Vizag Metros). In this role, he will advise the executing organizations on how to overcome hurdles, speed up approvals and provide technical expertise. 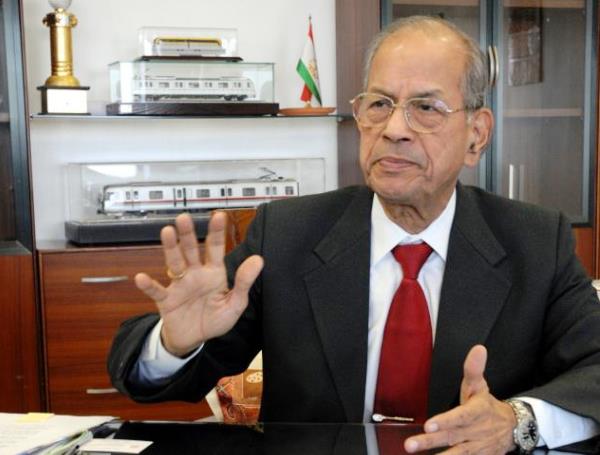 As per a senior bureaucrat who interviewed with HT:

We have appointed Sreedharan for the post of an advisor-cum-consultant and will sign a formal agreement with him soon. However, he will not look into routine developments. Whenever we will come across hurdles or major technical problems, we will approach him. We will also consult him for other aspects such as financial model and planning.

For more such updates on Mumbai’s Metro, check out the Mumbai section of The Metro Rail Guy!