Hat tip to a friend at the Japan International Cooperation Agency (JICA) for sharing the maps below! They’re currently analyzing new metro projects for funding all over India and as such have a closet full of information.

As many of you might be aware, the tendering process to construct Mumbai’s 2 new elevated lines (18.2 km DN Nagar – Dahisar and 16.5 km Andheri east – Dahisar east) is fast nearing completion and contracts are expected to be handed out within the next 45 days in order to complete them by the March 2019 deadline set by the Maharashtra government. Both of these lines for now are planned to terminate at the DN Nagar & WEH stations of the existing 11.4 km Versova-Andheri-Ghatkopar line.

Since these projects’ inception, the Maharashtra government and MMRDA have not released any detailed diagrams or plans to the public about the location of these new stations or whether the Andheri east station will be connected to Line 1’s WEH station at all. So here are a couple of neat maps being used by JICA which show the new stations’ proposed locations. These will be connected to the existing stations via elevated walkways.

Interchange station for Versova-Ghatkopar (in black) and DN Nagar-Dahisar (in blue) lines: 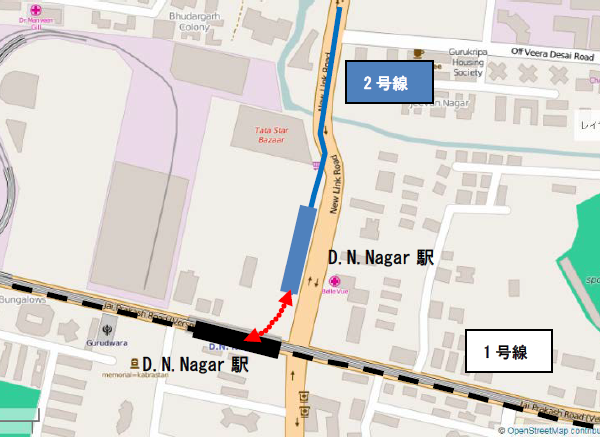 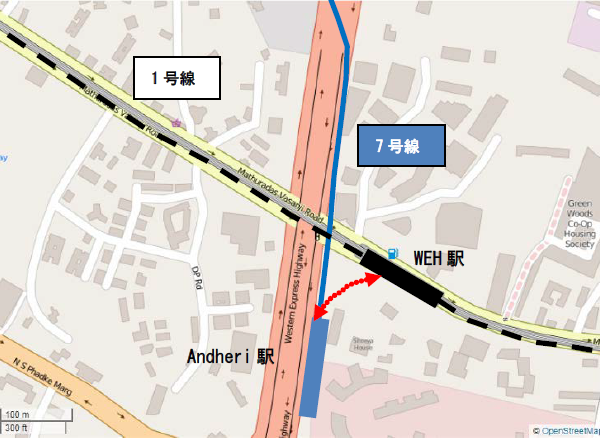 At the WEH, the new line is planned to go underneath the Versova-Ghatkopar line and run parallel to the Chakala flyover of the Western Express Highway. Here’s a snap of this area taken from the western side in 2013: 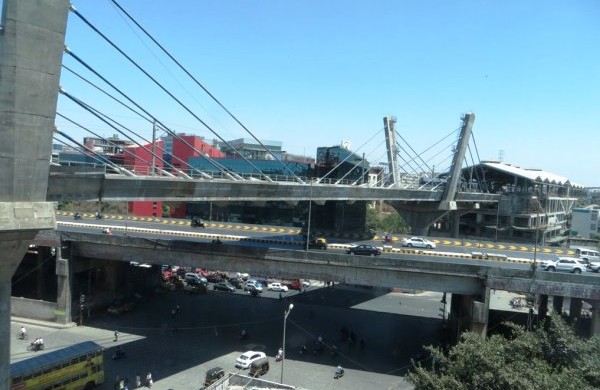 For more information about both new lines such as their alignment and stations, I’d recommend checking out the following links or the Mumbai Metro information page.

For more such updates on Mumbai’s Metro, check out the Mumbai section of The Metro Rail Guy!