That was QUICK! The Commissioner for Metro Rail Safety, SK Mittal, and his team from the Southern Railway yesterday completed the safety inspection of Bangalore Metro’s 4.8 km east-west underground section between MG Road & Magadi Road in a record 2 days! They worked continuously between 9-6 and didn’t request the BMRCL for any additional days. Speaking to the Deccan Chronicle, the CMRS said:

We will compile our report and observation within a week. 95 percent of the stretch is perfect, while there are some observations for the remaining 5 percent which I will reveal in the report.

What could the remaining 5% be? Perhaps interior & exterior works at Majestic station? Perhaps something related to the train’s speed & the radius of the curves at Cubbon Park and Sir. M Visveshwaraya College station? We’ll have to wait until the report comes out next week. 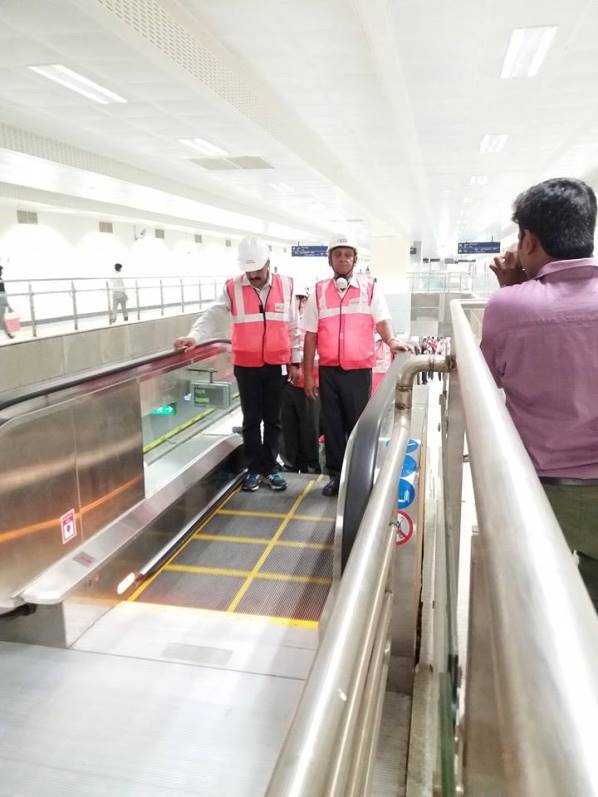 CMRS coming back out from one of the stations on Day 1 – Photo Copyright: BMRCL O&M Wing