Hat tip to Kiran CB Nagarathna for sharing news about this safety drill!

With still some days to go for Bangalore Metro’s 4.8 km Magadi Road – MG Road underground section to open for commercial operations, the Karnataka State Fire and Emergency Services Department yesterday took advantage of the delay and conducted a mock drill at the City Railway Metro Station and one of its adjacent tunnels. This allowed the local fire station to check their preparedness and go over standard operating procedures for tackling a potential fire inside the metro tunnels. 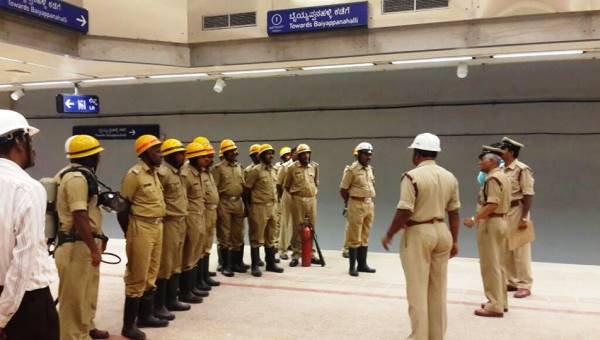 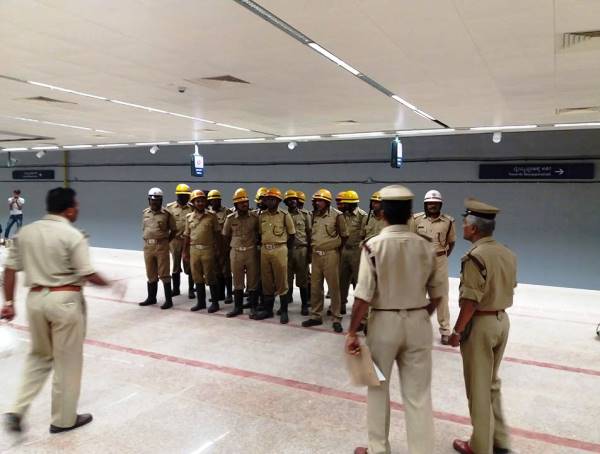 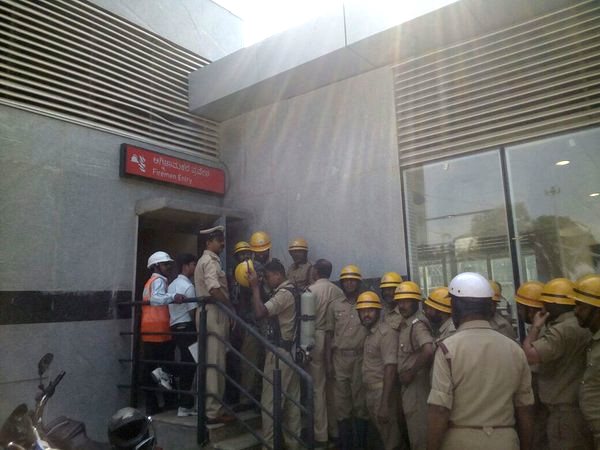 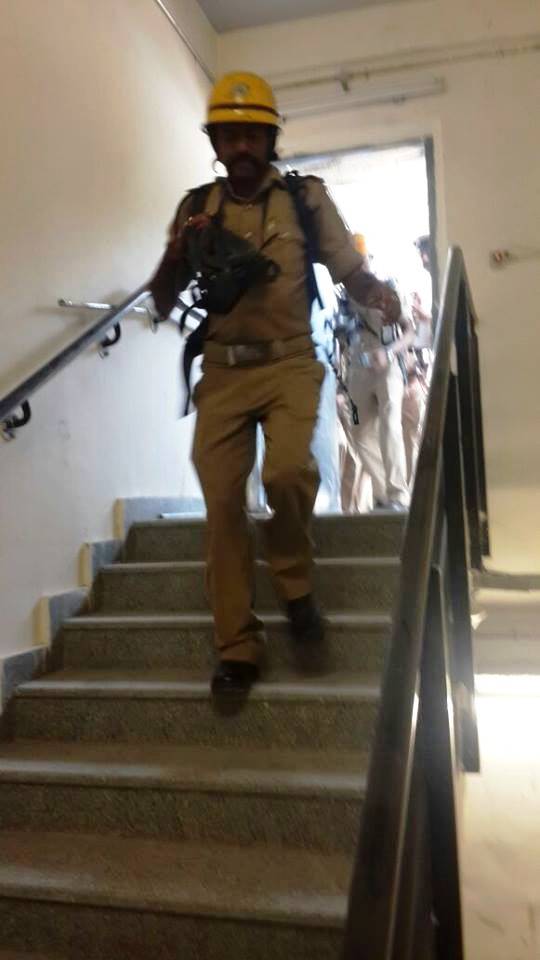 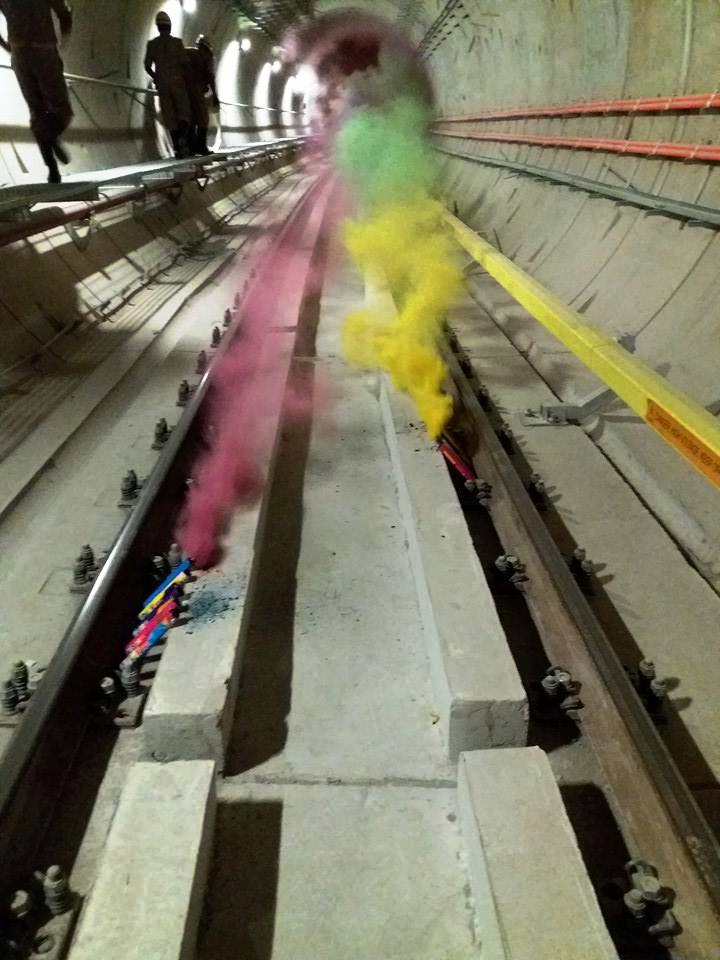 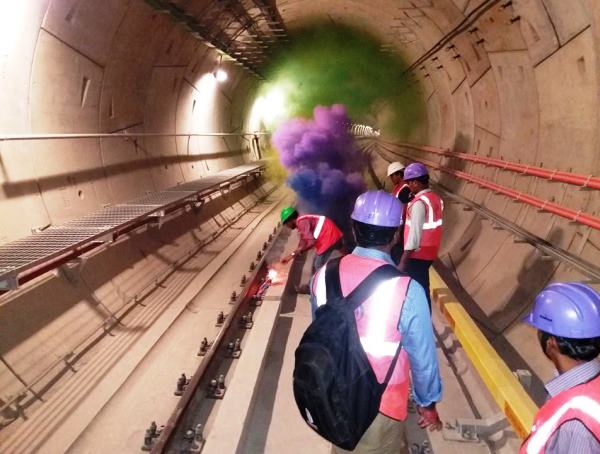 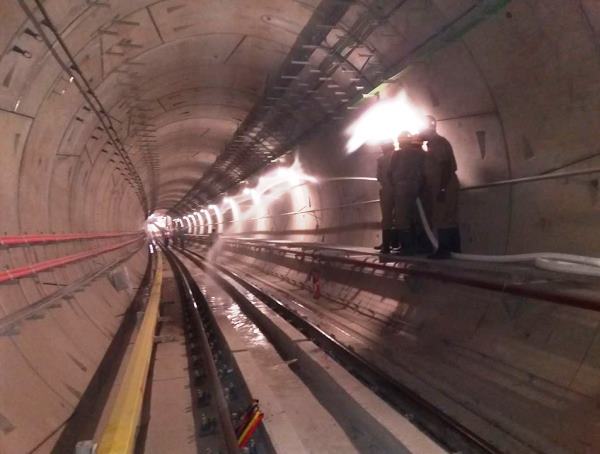 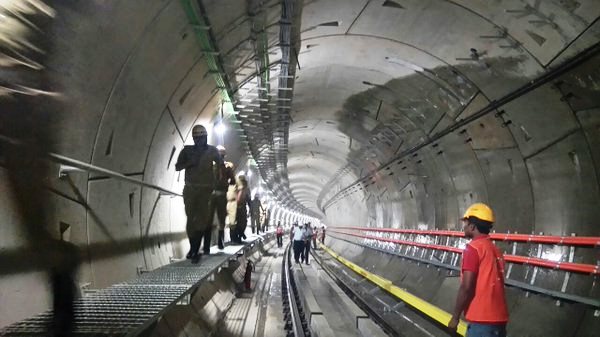 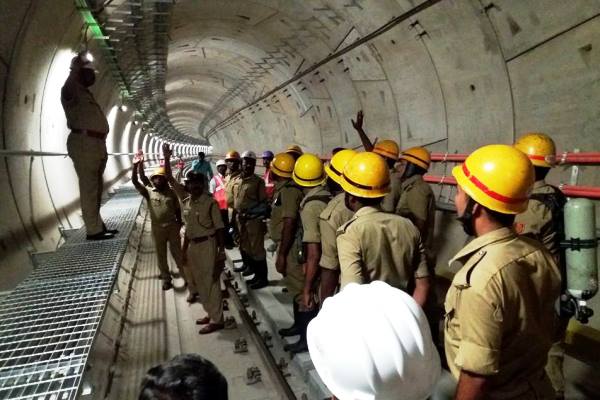 The Commissioner of Metro Railway Safety (CMRS) recently gave its approval with certain conditions to safely operate trains on the Purple Line’s underground section, but the BMRCL is yet to formally announce dates for its inauguration. Speaking to the TOI, Bangalore’s Development Minister, KJ George, yesterday claimed that commercial operations will begin in another “10-15 days“.

Before you leave, check out this must see video shot from the operator’s cabin of one of the metro trains: [Video] Be the 1st to Ride Bangalore’s Underground Metro!