Last month, I wrote about how the Delhi Metro Rail Corporation announced plans to start trial runs on the 38.235 km Magenta line’s 12 km section between Kalkaji & Botanical Garden in July 2016 and why that would would not be possible, especially in Noida. Now here’s a look at another part of that section, at the rather poor progress of the line’s Yamuna bridge at Okhla (Kalindi Kunj area) which has been under construction since the end of 2012.

The CC-08 contract for constructing this bridge was one of the first among 100+ contracts to be awarded for the 160 km Phase 3 project as highlighted by its package number. The letter of award (LOA) was issued to S.P. Singla on January 31 2012 with a contract value of Rs 42.87 crores and a completion deadline of February 8 2014.

Here’s a look at its progress. 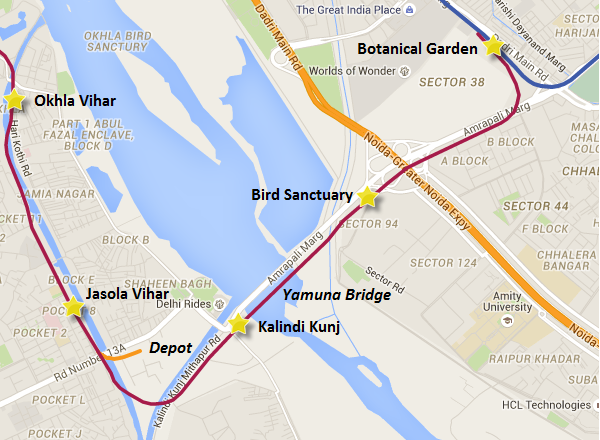 The bridge’s first span was completed in April 2014 using precast segments. Now here are some images clicked over this weekend which shows that there’s 1 pier (pillar) and 2 spans on either end of it yet to be constructed. 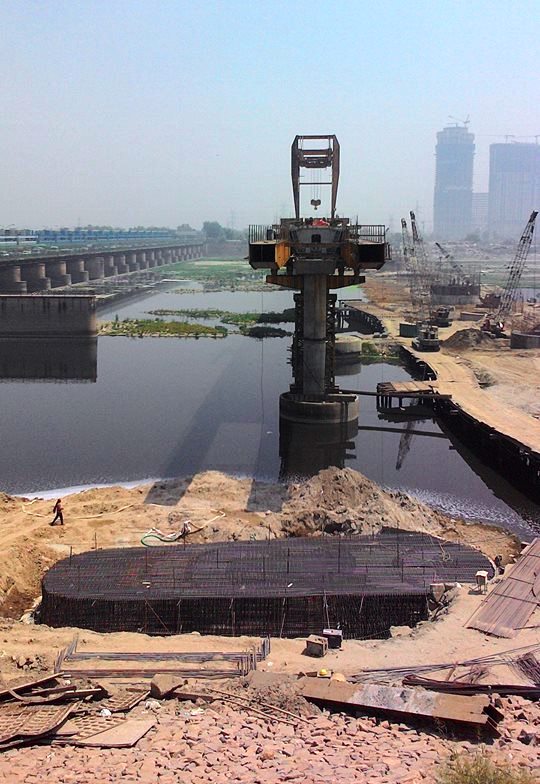 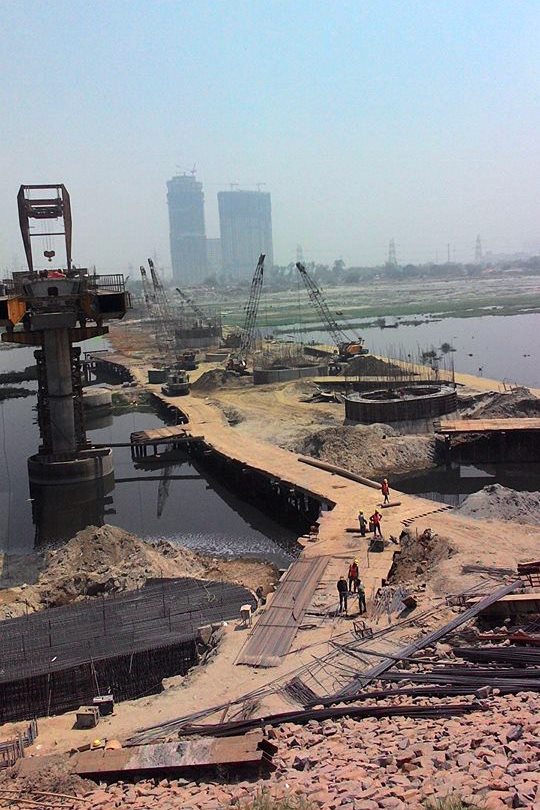 Work to construct that one last pier is going to take at least another 3 months after which the viaduct’s deck using precast segments will take another month. Post-construction work of adding parapet walls, laying tracks and installing the CBTC signalling, telecommunication & overhead electrification equipment will take a conservative 3 months, so it would be a miracle if trial runs to Botanical Garden even start by November. At the most, I expect trial runs in July to begin between Jasola Vihar – Kalkaji and nothing more.

While I’m covering this section, here are some images of the progress made between the Kalindi Kunj Depot and Jasola Vihar: 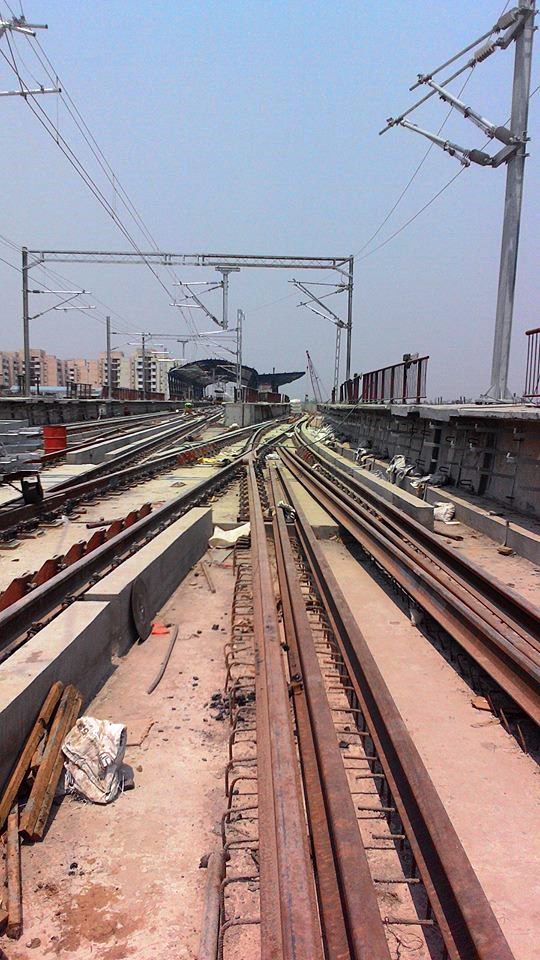 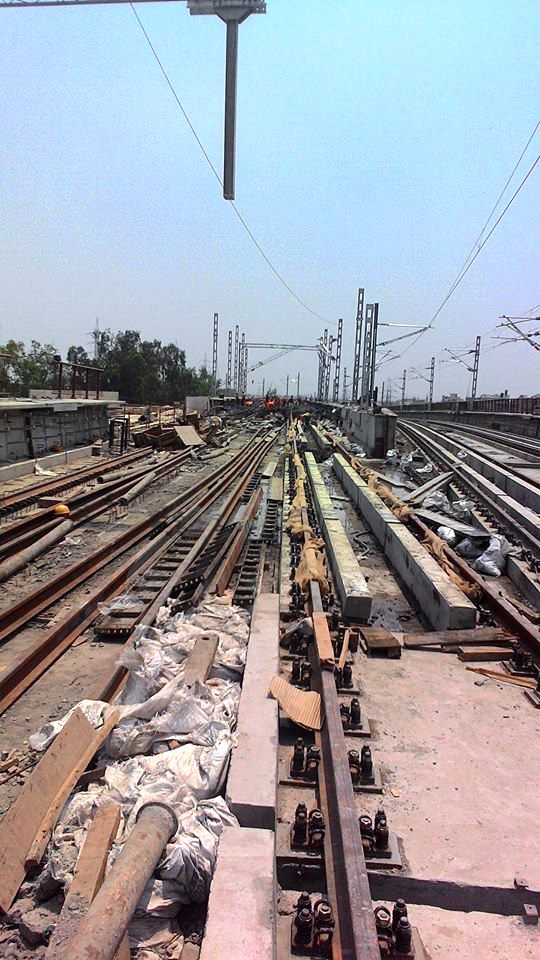