The last major land acquisition issue at Trilokpuri in east Delhi affecting the Delhi Metro’s 58.596 km Pink Line has now been resolved! In a major breakthrough, the Delhi Metro Rail Corporation (DMRC) with help from the local police on June 13 took over three DUSIB allotted land parcels opposite blocks 16-18 in order to start construction on new apartments for rehabilitating residents of 108 units of Block 15 which will be demolished to make way for the Pink Line’s contentious 286m stretch.

The forceful resolution of the Trilokpuri issue comes just a month after the Delhi Government woke up and ordered the Delhi Urban Shelter Improvement Board (DUSIB) to rehabilitate residents of two slums at Punjabi Bagh & Mayapuri slums to the economically-weaker-section (EWS) apartments in Baprola, just north of Najafgarh.

The issue at Trilokpuri arose in 2013 after residents from the adjacent blocks 16-18 refused to allow the construction of EWS apartments opposite their blocks citing the land to be the “only green belt” in the neighborhood. But for anyone who’s aware of this sensitive area, that was just a guise for the actual reason.

As per a DMRC spokesperson:

Delhi Urban Shelter Improvement Board (DUSIB) has allotted the land measuring 11,138 sq.mt to DMRC for relocation of affected quarters in front of Block 15, 16, 17 and 18 in Trilokpuri. There are three plots namely A1, A2 and A3, which have been allotted to DMRC. However, due to resistance from the local residents, the work could not be started at the said plots.

As per a resident of Block 15:

We have been asked to vacate the flats and stay on rent until the new houses are built for us at the park in front. There was no other way, they did not listen to us. We had to give in. 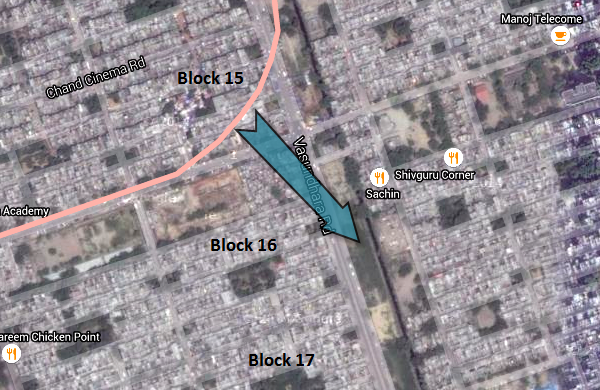 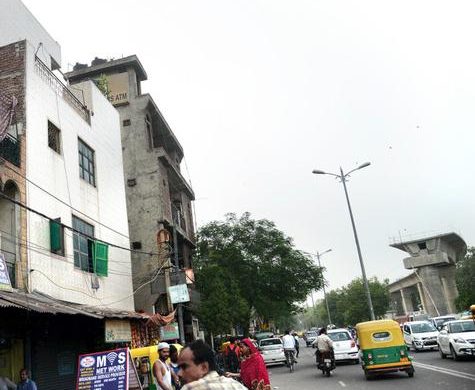 Residents of Block 15 have been given until the end of June to vacate the premises and move in to rented accommodations for which the DMRC will reimburse them. Following that, the block will be demolished so that construction on the viaduct can begin. As per the DMRC, the ITD-ITD CEM JV (contractor for the 9.04 km Mayur Vihar – Karkardooma stretch) will take about 6 months to bridge (literally) the gap. Once the new apartments are ready in another year’s time, the residents will move into their their permanent housing.