After installation at the Delhi Metro’s various depots, solar panels are now being installed at the Chennai Metro’s Koyambedu Depot! Last week, a crew from Su-Kam Power Systems was hoisted on top of the depot’s sheds and began installing solar panels for a 1 MW solar plant. Work is expected to be wrapped up by the end of July, and once the plant is commissioned, the CMRL will begin exploring options to install them on top of its stations as well.

Earlier in March, an official from the CMRL had said:

Currently, we use about 40,000 units of electricity; if this solar power generation begins, it may be able to take about 30-40 per cent of the total energy consumption. We may be able to use it for various functions including running of escalators, lifts and other such purposes.

Satellite view of the Koyambedu Depot: 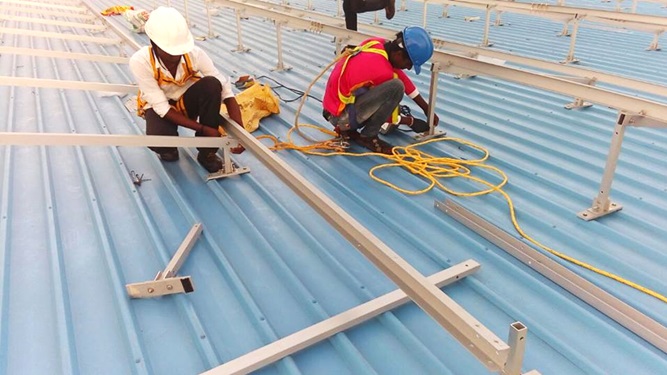 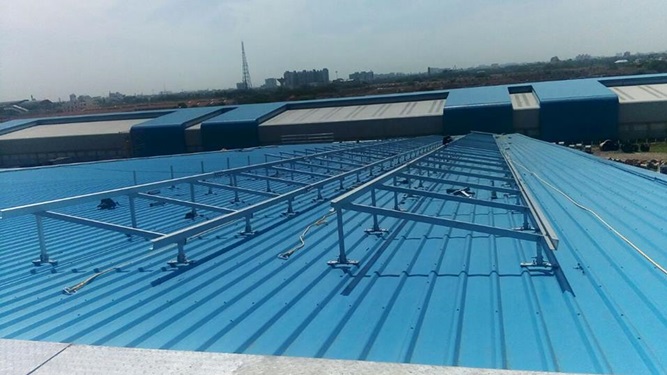 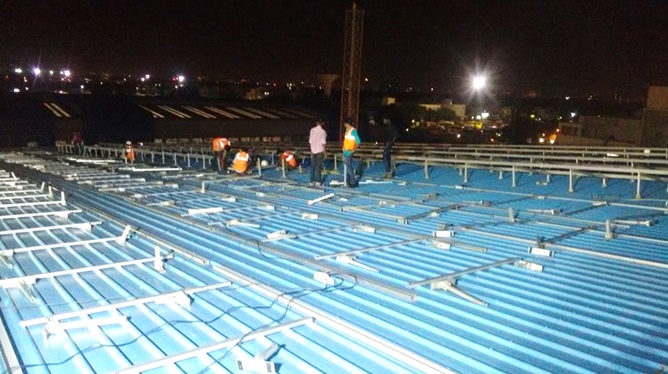 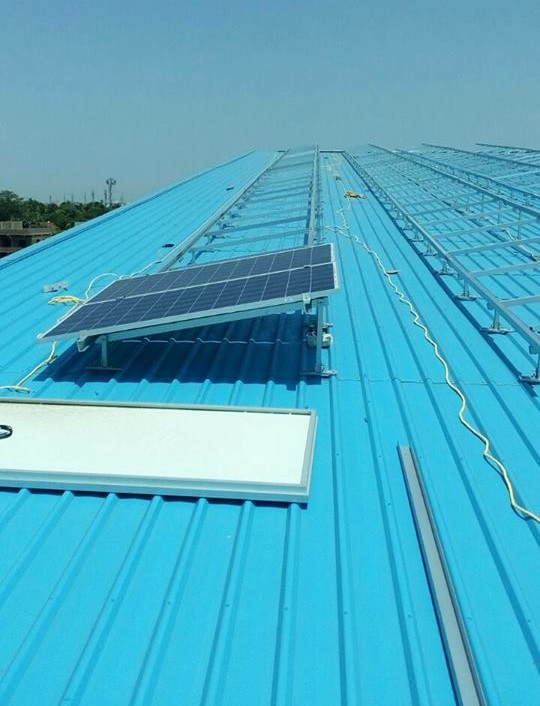 If you’d like to know more about this unique depot which is built to serve both lines of Chennai’s Metro via ramps at Alandur, then check out this picture tour of it.