Here’s a post with a new image of Hyderabad Metro’s special truss bridge that has been fabricated in Noida!

This 1100 MT bridge with an 83 meter long obligatory span has been assembled at a fabricator’s facility to test for design issues, and in the coming months will be dismantled & transported 1500 km down south. In Q4 2016, it is expected to be re-assembled on a 1 acre land parcel that the South Central Railway recently agreed to temporary lease out to the Hyderabad Metro Rail Ltd. After re-assembly & an approval from the Indian Railways for a ‘railway block’ in Q1 2017, the bridge will then be pushed to its final resting location over the existing 185 year Oliphant railway bridge, thus completing a critical section of the 28 km Nagole – Raidurg Metro line.

More details about the line’s alignment, bridge’s final resting location and history of the Oliphant railway bridge can be viewed here. 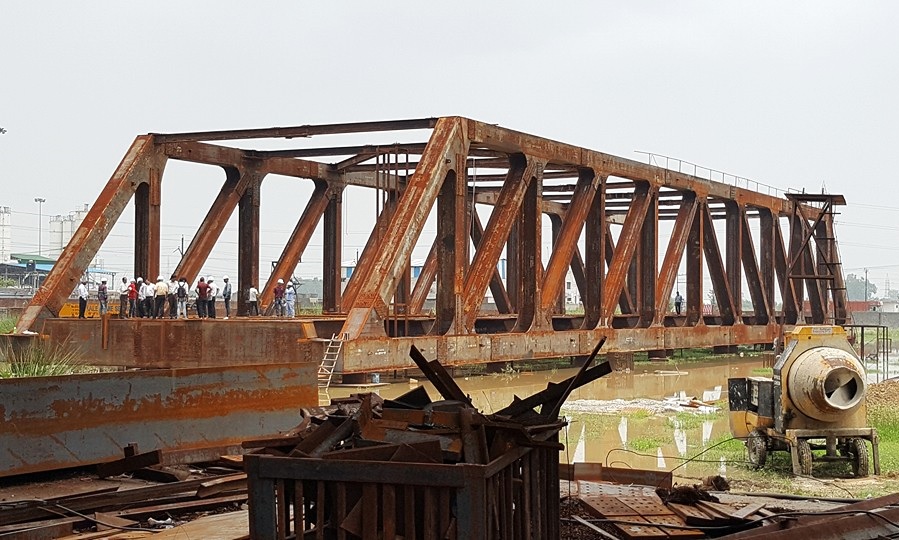 An anti-rust primer is expected to be applied before the bridge is dismantled & shipped on its way. Here’s a new image of the site where it’ll be erected in Q1 2017. The piers here are 60 feet tall – the tallest in the city. 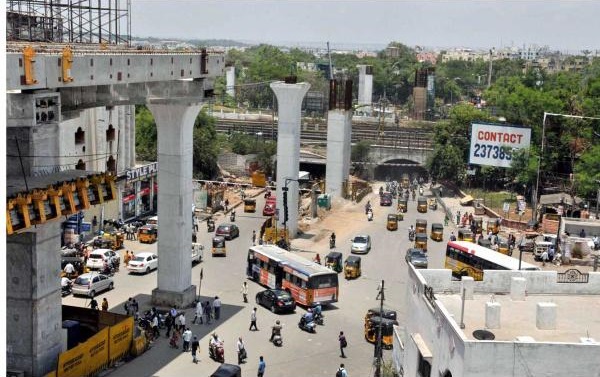