Soil testing works are being carried out by old school tripods at various locations, and although the Delhi Metro Rail Corporation (DMRC) has completed this in the past & made their study available during the bidding stage, this step is necessary to re-validate those findings prior to the commencement of construction which is expected to begin in August-September.

As a reminder, construction contracts were awarded to 3 firms in April:

These images were shot on this past Sunday morning, so that explains the absence of workers. 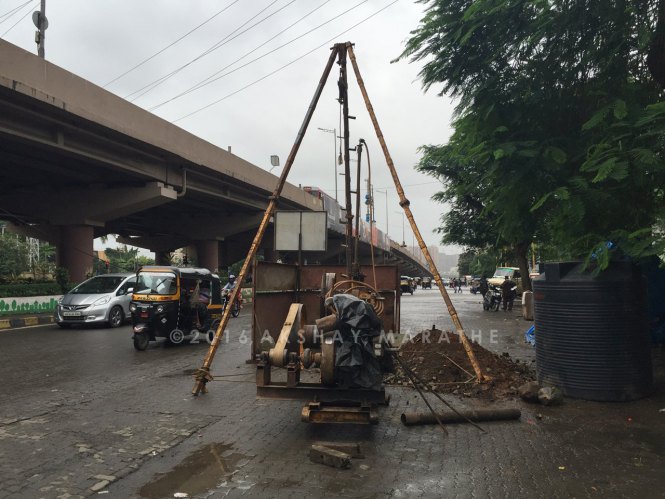 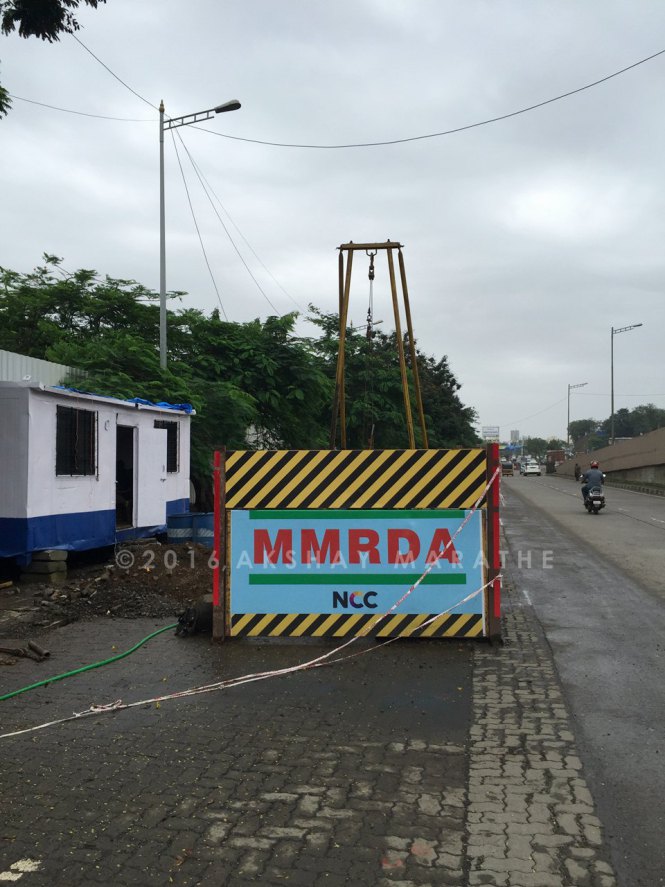 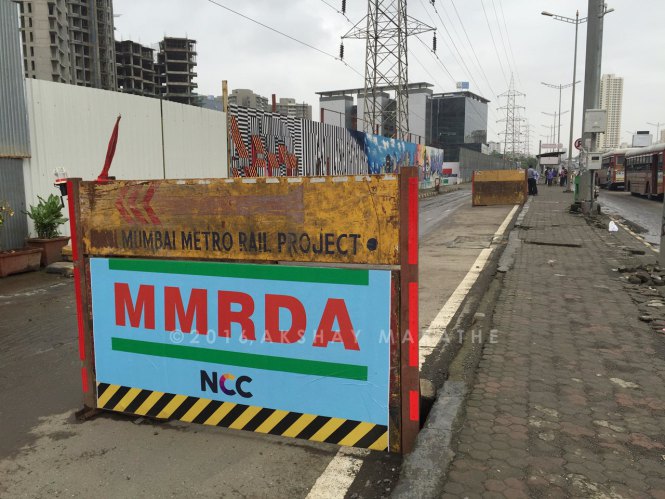 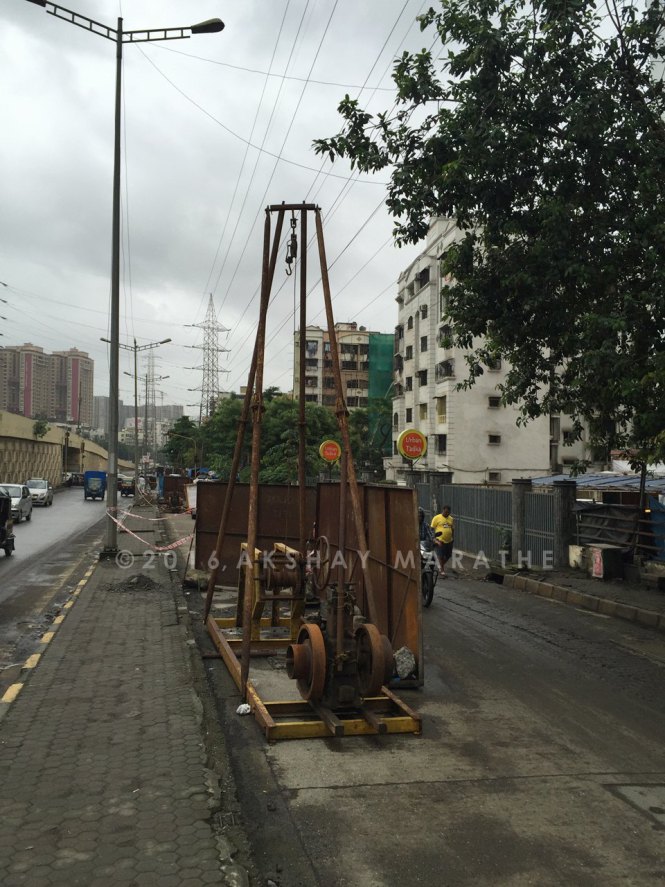 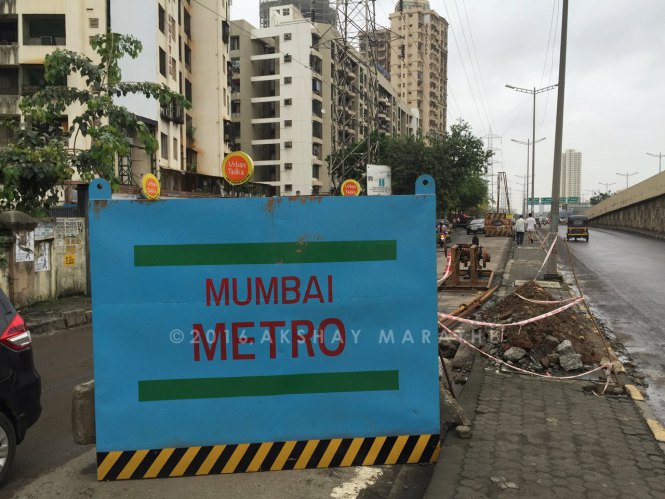 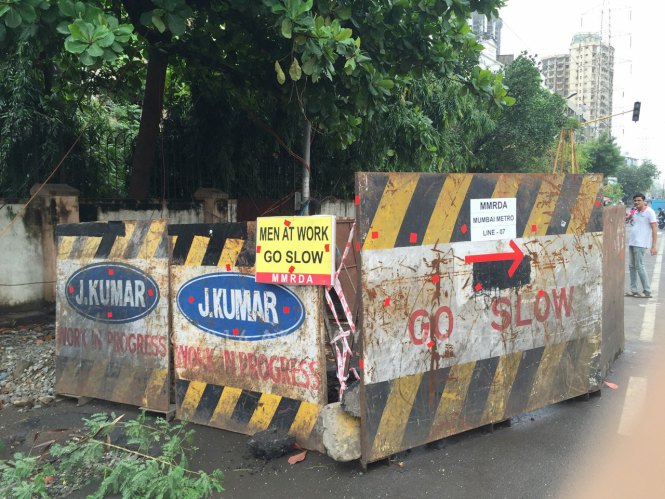 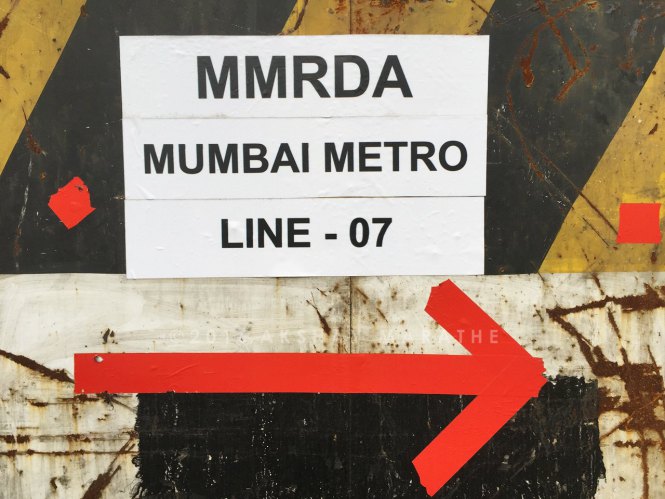 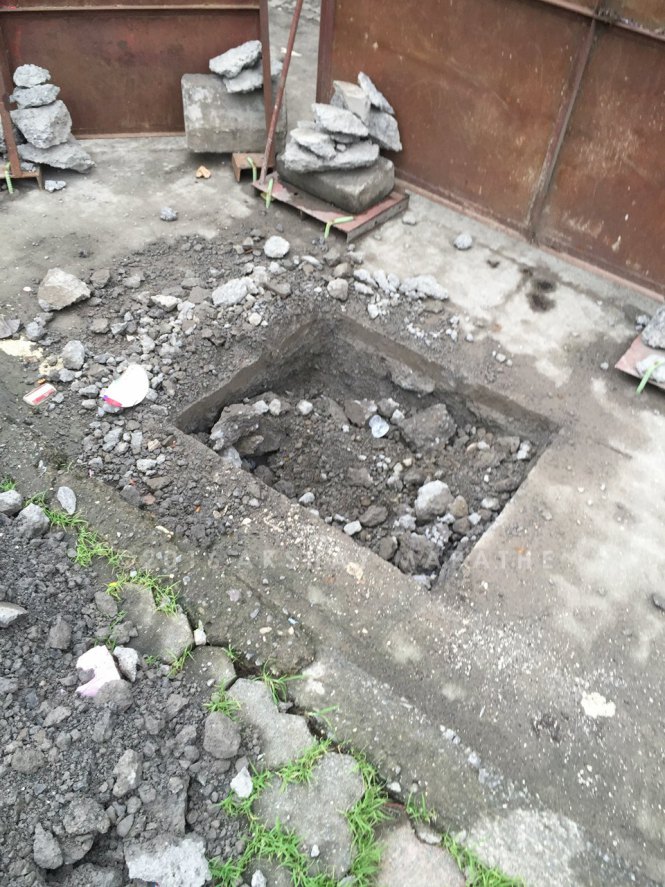 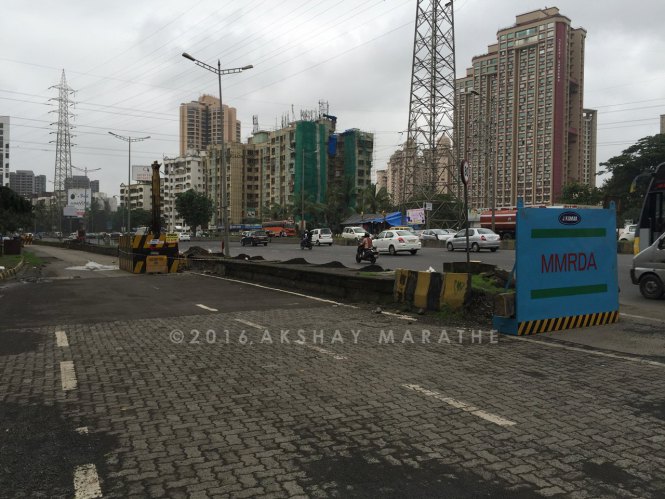 Fun fact: The shabby boards used by J Kumar for barricading were previously used around flyover construction sites throughout the city. I expect them to use better boards once construction begins after the monsoons end.

Construction in India never comes without drama. With pre-construction activity out of the way, the PWD has only now woken up and asked the MMRDA to adjust the line’s alignment. They claim that the barricades will cause traffic jams, and construction could damage & obstruct storm water drains below. MMRDA’s spokesperson, Dilip Kawathkar, had this to say:

The MMRDA’s metro authorities and the traffic police will monitor the situation daily. There is no question of shifting the alignment as all care is being taken to avoid any disturbance to underground utilities. The alignment was finalized after minute surveys. The barricading and machinery will not spill over to the north-bound traffic lanes. But MMRDA will positively consider the suggestions of all agencies and residents to ensure smooth construction.