After being dispatched from Alstom India’s Sri City facility on June 28, the second 3-coach train-set for Kochi’s 25.61 km metro system arrived at the Muttom Depot on July 8! As per Kochi Metro’s Managing Director, the flaws identified in the first train-set which arrived in January were rectified while manufacturing the 2nd train-set. Over the next few days, Delhi Metro Rail Corporation & Kochi Metro Rail engineers will conduct static and dynamic tests at the depot’s test track and then conduct speed trials reaching 70-80 kmph on the metro line.

This train is part of a 75 coach (25 train-set x 3 coach) contract that Alstom India had won in August 2014 after quoting a price of Rs 633 crore. Here are some images from different parts of its journey: 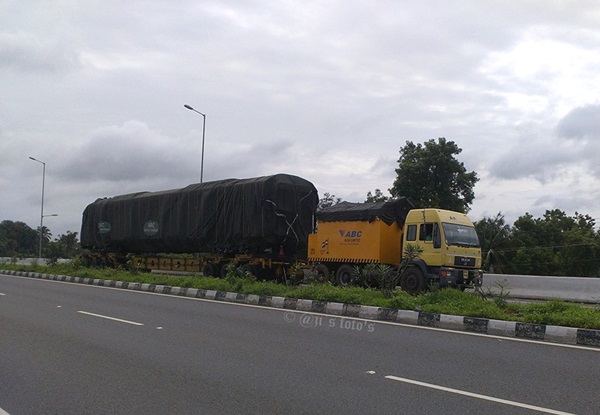 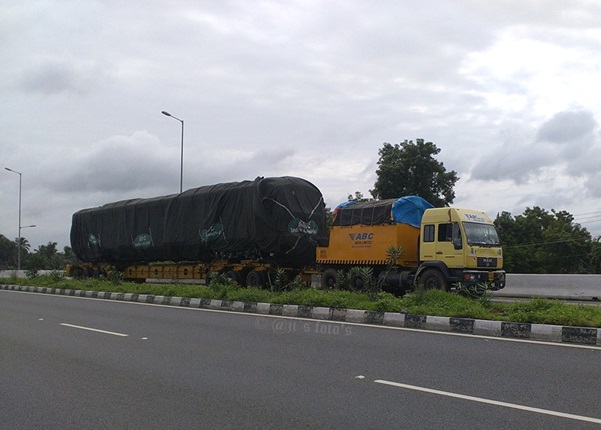 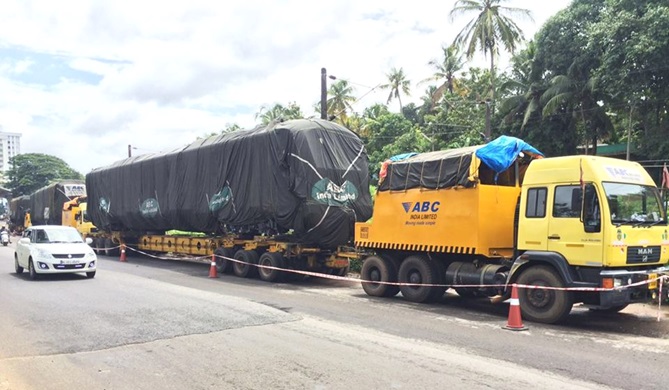 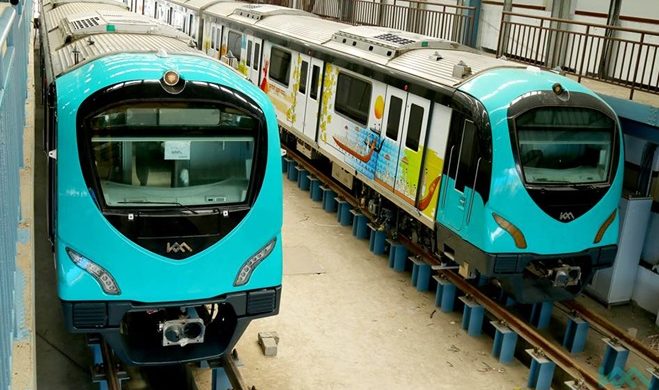 KMRL recently pushed the start of operations to April 2017 and has indicated they will initially service the line with only 9 trains. The rest of the 7 trains are expected to arrive by the end of the year.