Roughly a year after the DRA-CICO JV won a contract to build 6 elevated stations on Ahmedabad’s 20.536 km east-west metro line, piers for many of the stations are now up! To the locals, these piers provide a good idea of what the stations’ basic footprint will cover.

Numerous design studies (see page 52 here) and concept drawings (see this project brief) have been prepared by companies like Balaji Railroad Systems and Creative Group architects, but MEGA hasn’t yet released any finalized designs of what their stations will eventually look like or who they’ve selected to design the stations. The only design aspect known at this stage is the station’s length which will be 135m long in order to accommodate 6 coach trains.

TMRG reader Bhavin recently visited the east-west line and was able to snap images of the Vastral station.

Satellite imagery of where the Vastral station is coming up: 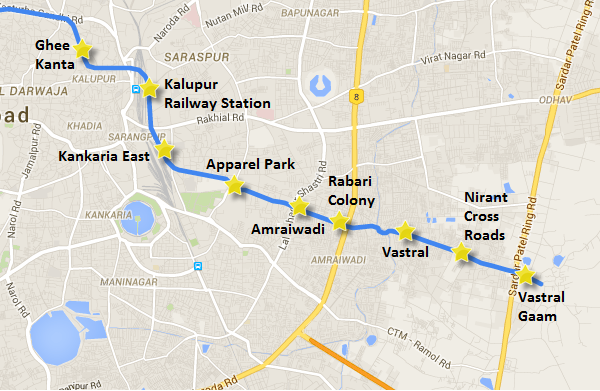 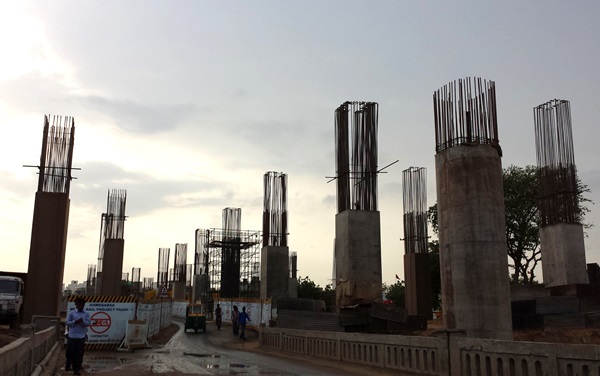 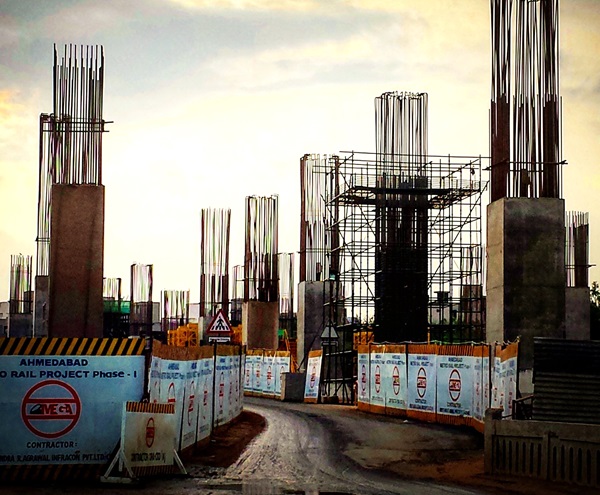 In addition, here are some images of the viaduct shot over the past month which I’ve shared on Twitter:

More recent images shot on July 12 can be viewed on MEGA’s website here.