The Metro-Link Express for Gandhinagar & Ahmedabad (MEGA) had invited bids for this 4.62 km Gyaspur – Shreyas section in July 2015 and awarded a Rs. 374.64 crore contract to IL&FS in December 2015. After winning the contract, IL&FS began mobilizing men & machinery on-site in February 2016. In between all of that, Gujarat’s Chief Minister, Anandiben Patel, laid the foundation stone for the entire line on January 17, 2016.

Location where the pier work has started: 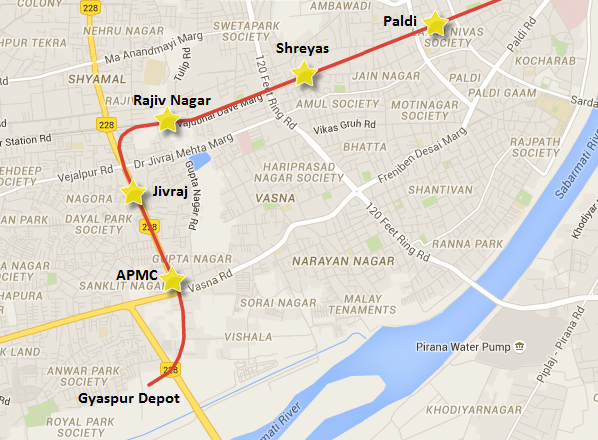 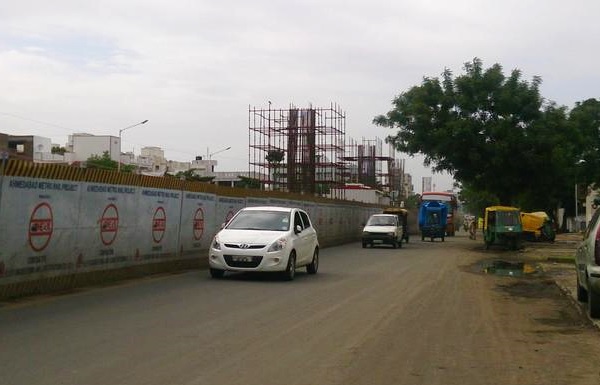 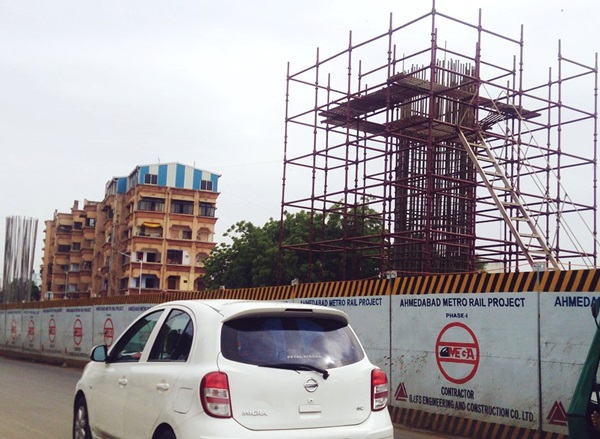 To support this section’s construction, IL&FS has setup a small casting yard at the Gyaspur Depot’s site from where it’ll be churning out precast segments to launch and form the line’s viaduct. Here are some images I recently shared on Twitter of a gantry crane that was just setup inside the yard:

Meanwhile,IL&FS has fin setting up a gantry crane to move segments arnd their yard for building #Ahmedabad‘s NS line pic.twitter.com/horEmrLvf3

Piling work has started on the line’s 4.85 km northern section (Motera-Ranip) while the contract for the 8.94 km mid-section (Shreyas – Ranip) is yet to be awarded.

Update – Images of the first pier of this section can be viewed here.