A local infrastructure company called Ranjit Buildcon was recently awarded the contract for constructing the 4.85 km elevated viaduct between Motera and Ranip of Ahmedabad Metro’s 17.23 km north-south line! After the 4.62 km Gyaspur – Shreyas section, this is the 2nd major civil construction contract to be awarded for this line and the 4th overall for Phase 1 of the system.

The Metro-Link Express for Gandhinagar and Ahmedabad (MEGA) had invited tenders for this section in August 2015 during which they had estimated it to cost Rs 222 crore. The contract includes the construction of only the viaduct structure on which the trains will run. A separate contract for which MEGA incidentally invited tenders last week will be given out to construct the 5 stations along this section at Motera, Sabarmati, AEC (Ahmedabad Electricity Company), Sabarmati Railway Station and Ranip.

Close to the northern terminal of the line, Ranjit Buildcon has placed 2 portable cabins which’ll function as their local site office along with a piling rig which’ll soon get down to business. 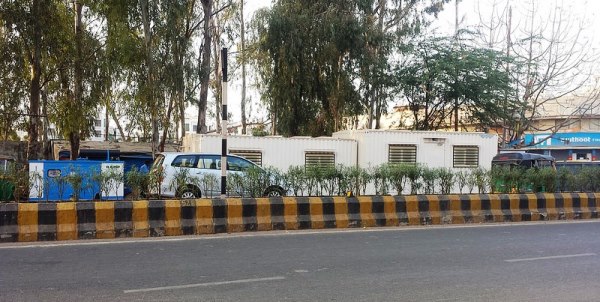 With this contract awarded, Ranjit buildcon now has 30 weeks to construct the viaduct. Overall, the construction of 3 elevated sections of Ahmedabad’s 37.766 km Phase 1 have been awarded so far: 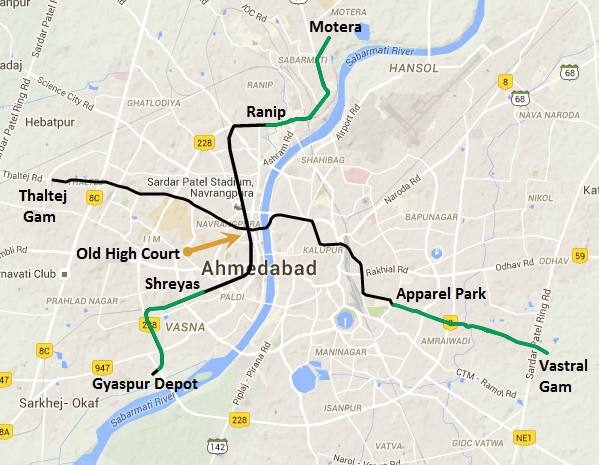 Click on a company name below to view more information or the latest update on the section:

Since MEGA is yet to invite tenders to construct the 7.76 km mid-section of the line between Shreyas & Ranip, I foresee a situation in which the Motera-Ranip section will be ready in 2019 but would not become operational until 2020/21 as it’ll be rendered useless without a connection to the line’s Gyaspur Depot. This is similar to the 8 km National College to Puttenahalli section of Bangalore’s Metro which is forced to patiently wait until the Green line’s tunnels en route to the Peenya Depot in northern Bangalore are ready.