Hat tip to TMRG reader Ravi for sharing this news.

A consignment of head-hardened tracks has arrived at Bangalore’s KR (City) Market station for workers to begin laying tracks on the southern leg of the Green Line’s underground section! This 2.5 km section between the Majestic Station and the South Ramp consists of 2 stations at Chickpet & KR (City) Market where 5 out of 6 TBM breakthroughs have been accomplished by the Coastal-TTS JV. The final breakthrough for this section (and the entire 42.3 km Phase 1 project) is expected to take place towards the end of August – see the July 2016 Tunneling Update for more details.

Track-laying work on the 1.5 km northern leg of the underground section, between the North Ramp & Majestic, began recently. 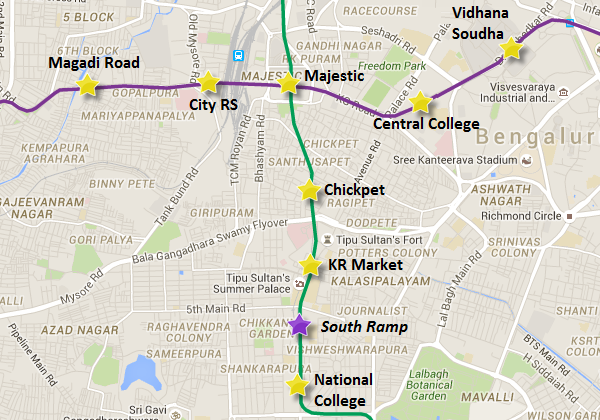 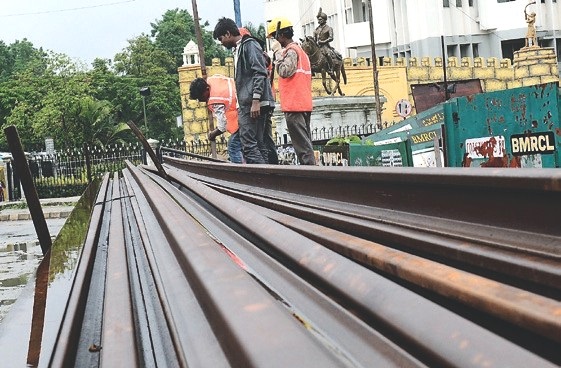 In addition, here’s an image of the South Ramp I shared on Twitter just yesterday:

It isn’t immediately clear in which direction the tracks will be laid from KR Market station, but it must be mentioned that tunneling on the South Ramp – KR Market section was completed in 2013 and for 3 entire years, the BMRCL & its contractors did not initiate track-laying work. For reference, here’s a table with the tunneling history of all 6 tunnels on this stretch excavated by sister TBMs Krishna & Kaveri:

Although one may say that the tracks wouldn’t have been of any use anyway, interestingly track-work on the 8 km elevated section, between National College & Yelachenahalli (erst. Puttenahalli) which is dependent on the underground section for commercial operations, has long been completed by Reach 4 & 4A’s designated track contractor.