After being appointed as the project management consultant for Noida’s Metro 30 km project in 2014, the Delhi Metro Rail Corporation now has a bigger role to play in its operations! The DMRC and Noida Metro Rail Corporation (NMRC) on July 29 signed a Memorandum of Understanding to allow the DMRC to operate & maintain Noida’s new line for a period of 3 years after its scheduled opening in December 2017. This MoU was first proposed in 2015 and at that time, the contractual period being discussed was 5 years.

As per a DMRC official, their services would in fact commence during the pre-commercial operations period during which new staff (permanent & contractual) will be hired & trained for performing tasks related to customer service, station operations, train operations, revenue management etc. Similarly, all tasks at the Operations Control Centre (OCC) and Greater Noida Depot for maintaining the rolling stock being procured from CRRC will be supervised by the DMRC. The MoU also contains a clause to allow the agreement to be extended after three years if both organizations agree to doing so. 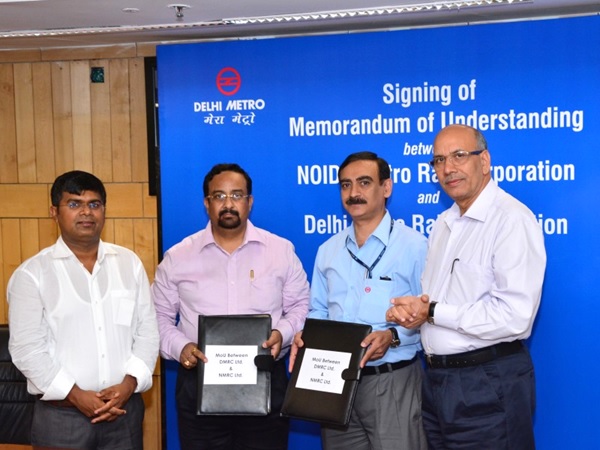 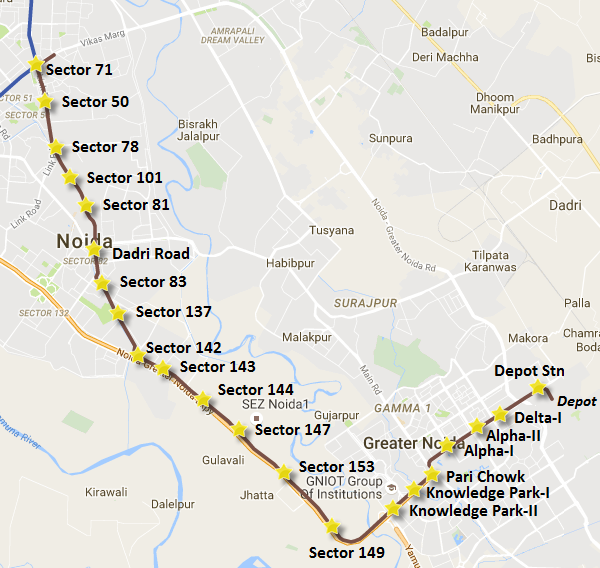 Construction on the entire line by the CEC-SAM JV is progressing rapidly and a recent video covering the Alpha-I to Delta-I stretch in Greater Noida can be viewed here. Two important developments took place yesterday:

1) Siemens started work to construct the line’s second substation at Noida’s Sector 83. The first one is coming up at Sector 148. As per Anoop Kumar Gupta who serves as DMRC’s Director (Electrical):

At both RSS, incoming power supply at 132kV voltage level will be taken from the grid substation of the state electricity board, namely, Uttar Pradesh Transmission Corporation, and will be stepped down to 25kV for traction (train operation) purpose and 33kV for power to feed station loads, like lighting, airconditioning, lifts, escalators, etc.

2) Jindal Buildsys on a subcontract from Anupam Constructions erected the 1st column for constructing the depot’s workshop shed: