On the morning of August 12, Lucknow Metro’s contractors for package LKCC-01 between Amausi & Charbagh completed pushing a 60m long steel truss bridge over the Avadh intersection for the 22.878 km north-south metro line!

Weighing 460 MT, the bridge was recently assembled just south of the Avadh rotary, and pushing work for it began on the night of August 8 by a team of Larsen & Toubro (L&T) and HMM Infra. This challenging task took 4 days to complete and was achieved by applying the push-launching method using multiple rollers and hydraulic jacks. Prior to being assembled on-site, the bridge was fabricated at HMM Infra’s facility in Ambala where their engineers also performed a trial assembly.

As per a LMRC official:

The launching activity of this 470 ton steel span over metro viaduct was a daunting task in itself as this activity was performed during night hours at a height of approximately 13 meters above the road level. Lucknow metro had applied the ‘Push Launching Technology’ mechanism to achieve this engineering feat. ‘Push Launching Technology’ is a proven mechanism to do such type of launching activity where rolling of segments is concerned for erection of spans in metro construction 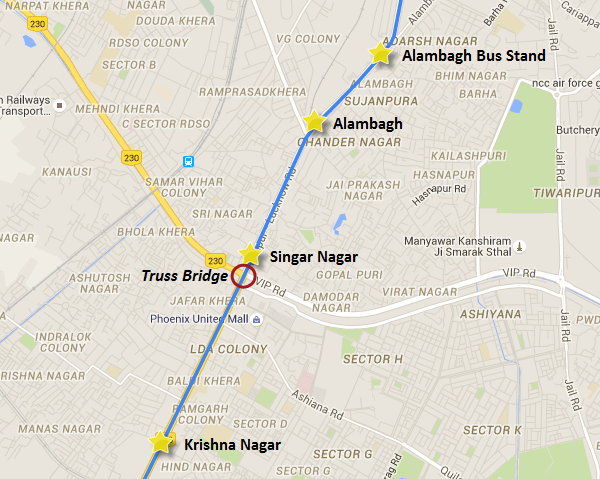 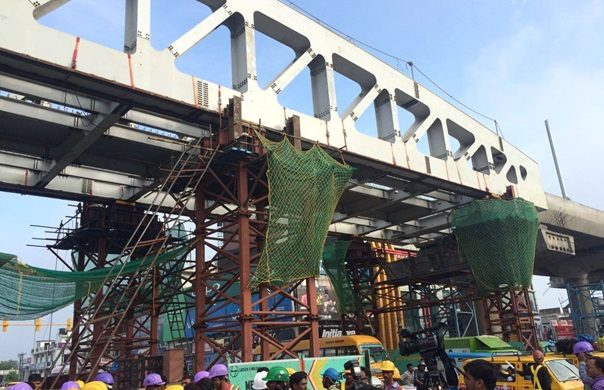 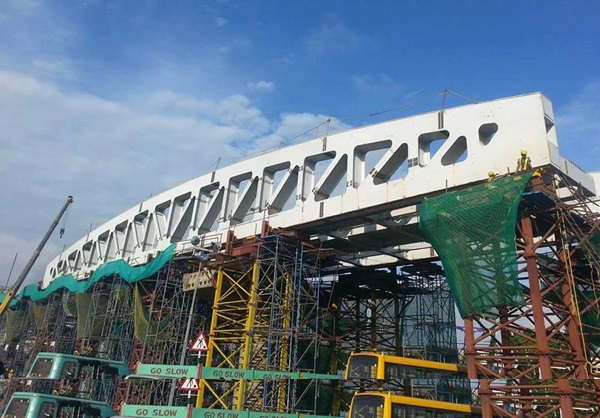 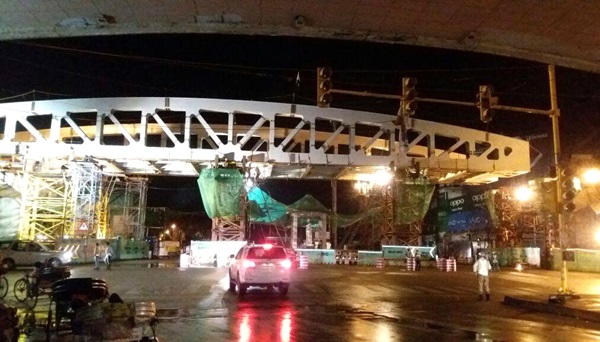 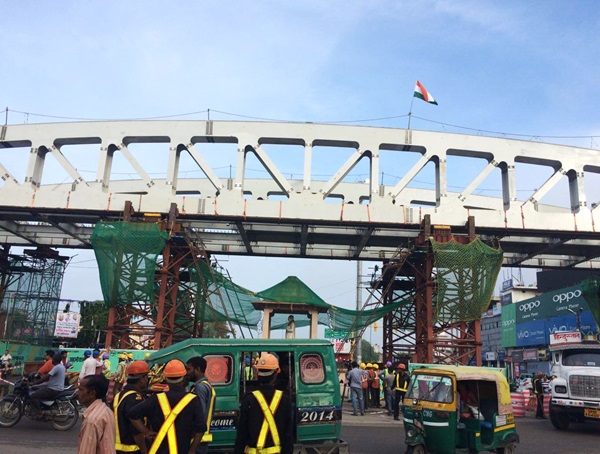 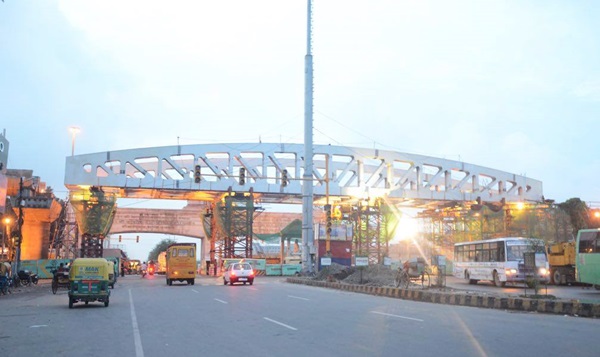 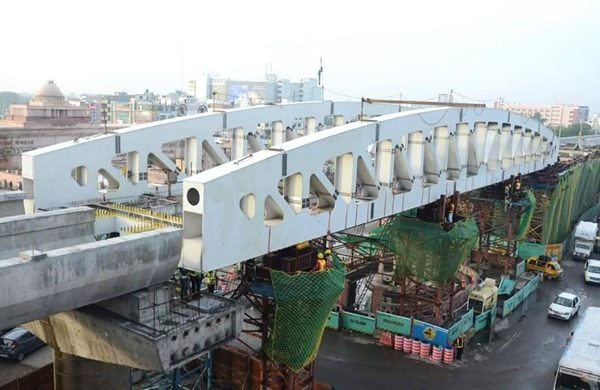 Ta-da! As seen on the morning of Aug 12 – Photo Copyright: Gaurav Sood 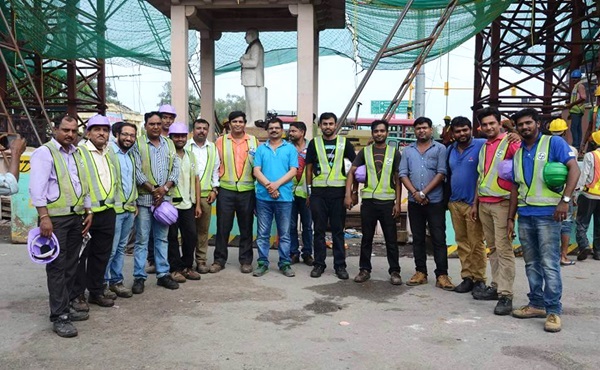 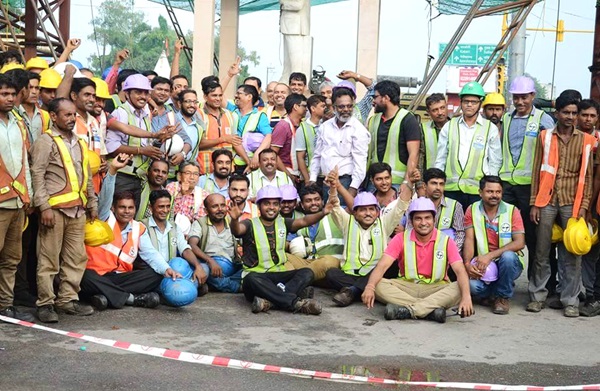 With the bridge now successfully placed, L&T will now start concreting work at its deck after which track-laying work will commence. The 255m cantilever bridge is now the last major section pending on the entire 8.48 km priority corridor. Elsewhere, less than 35 U-girders are left to be placed in the run-up to the LMRC’s aggressive target of commencing trial runs by the end of the year.