If you’ve kept a tab on the Lucknow section of the site, then this news shouldn’t come as a surprise 🙂

In the 26th board meeting of Lucknow Metro Rail Corporation (LMRC) held on September 27, the LMRC awarded Larsen & Toubro (L&T) with a Rs. 675.33 crore contract to construct the 8.63 km KDSB Stadium – Munshipulia package LKCC-07 of the 22.878 km north-south line. The LMRC had invited bids for constructing this entirely elevated section in February 2016 and estimated it to cost Rs. 760 crores. Four firms qualified through the technical evaluation phase after which their financial bids were opened in July – see: financial bid info here. 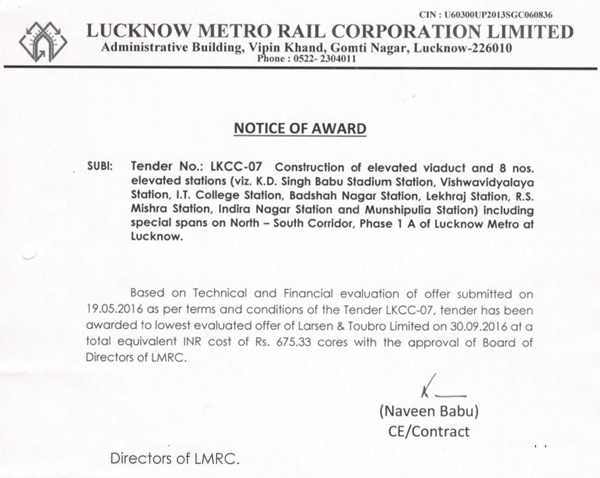 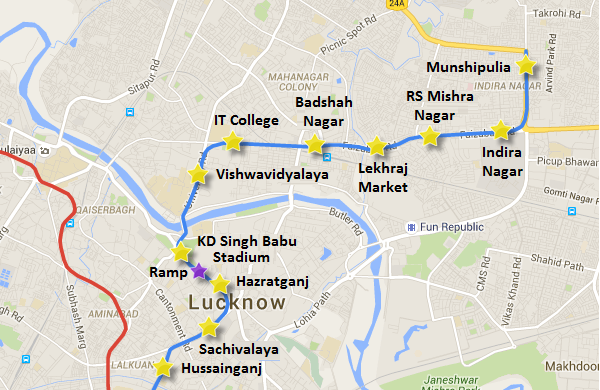 L&T will now have 24 months to complete all civil work for the viaduct & stations. With civil works coming to an end on package LKCC-01 (targeted to open in March 2017), it is expected that a majority of the employees and resources deployed there will move over to this new package. Barricading works are expected to begin this month followed by piling works by the end of the year.

On Line-1, the roughly 2 km Amausi-Airport section is now the only stretch left to be awarded. The LMRCL is expected to invite bids for it in the coming weeks.