On September 21, Bombardier Transportation held a small ceremony at the InnoTrans 2016 Conference in Berlin, Germany to commemorate the delivery of the 1st new MOVIA coach of a 162 coach order to the Delhi Metro Rail Corporation. This order is part of package RS-11 for which the DMRC in July 2014 invited tenders to add additional trains and convert some of the last remaining 6-coach MOVIA trains into 8-coach formations. In mid-2015, Bombardier emerged as the sole technically qualified bidder (no surprise) and went on to be awarded a Rs. 1497.98 crore contract.

The new coaches from RS-11 will increase DMRC’s Bombardier fleet from 614 to 776 coaches and make it one of the largest Bombardier metro fleets in the world. Deliveries from Bombardier’s Savli plant in Gujarat were promised to start in Q3 2016 and are right on schedule. The last coach from the order is expected to be delivered by early-2018.

Bombardier has in the past fulfilled 3 major DMRC orders. Here’s a list of all orders along with the order month & year.

The new coaches will be pushed into service on the Yellow (Line-2) and Blue (Line-3, Line-4) lines after undergoing intensive testing and will add much needed capacity in light of the delays being faced in Phase 3’s construction. As per the DMRC’s Rolling Stock Director, HS Anand:

These new cars are being procured by Delhi Metro for services on its presently operational red, blue and yellow lines. These cars will be put into service in a phased manner after the mandatory tests and trials. The addition of these cars will go a long way in providing safe and comfortable travel to our valued commuters. 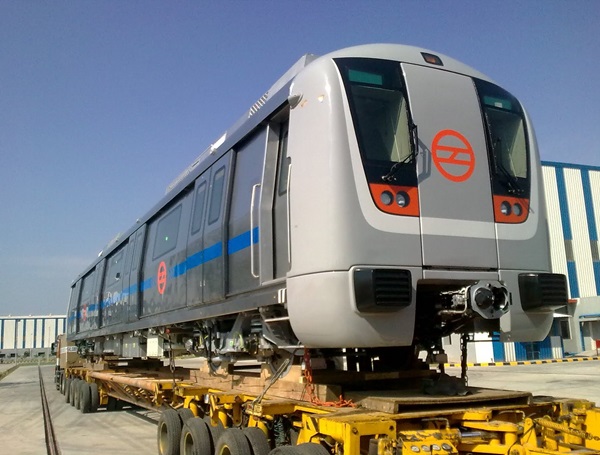 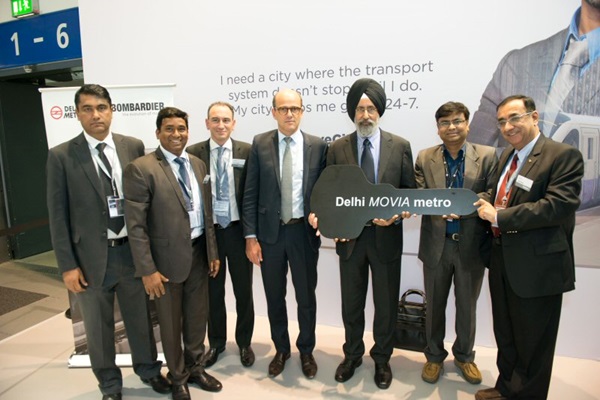