Here’s a post with some recent images of Lucknow Metro’s upcoming 255m long cantilever bridge at Mawaiyya railway crossing. This bridge will be similar to the bridge built over the Punjagutta Flyover for the Hyderabad Metro and various others in Delhi & Chennai, and consist of 3 spans – a 105m long central span and two 75m long end-spans.

Part of package LKCC-02, its Rs. 34 crore construction contract was awarded to S.P. Singla Constructions in June 2015 with a completion time-frame of 16 months. Piling work began in September 2015 & pile cap works in December after which it took 5 months to get its 60 feet tall piers ready in April 2016 – see images. 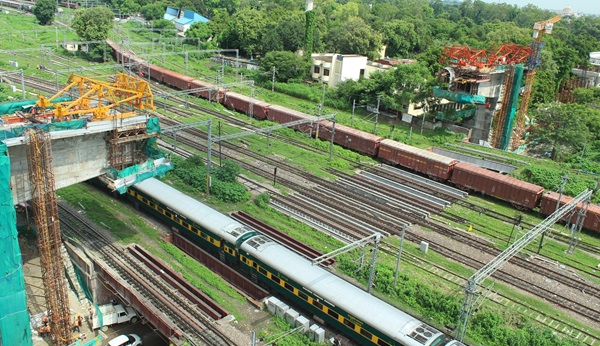 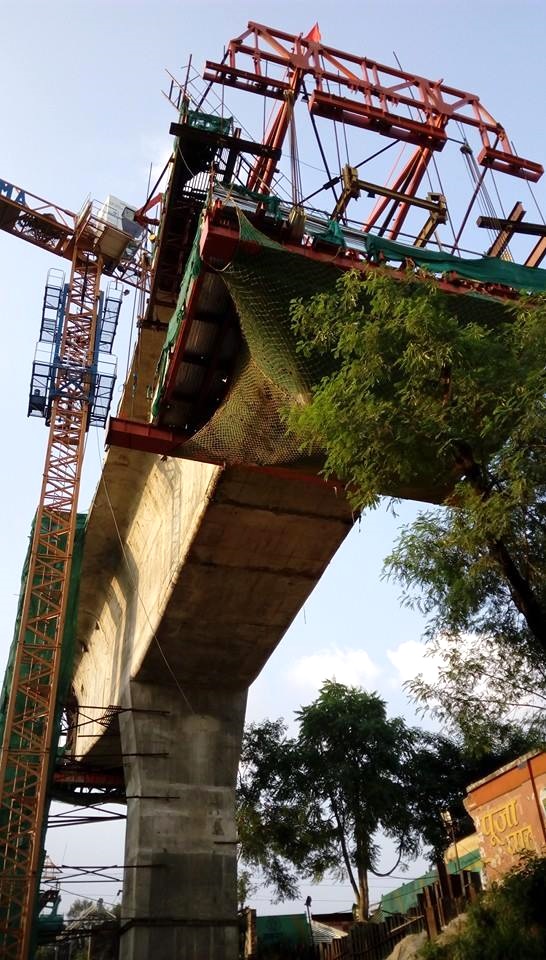 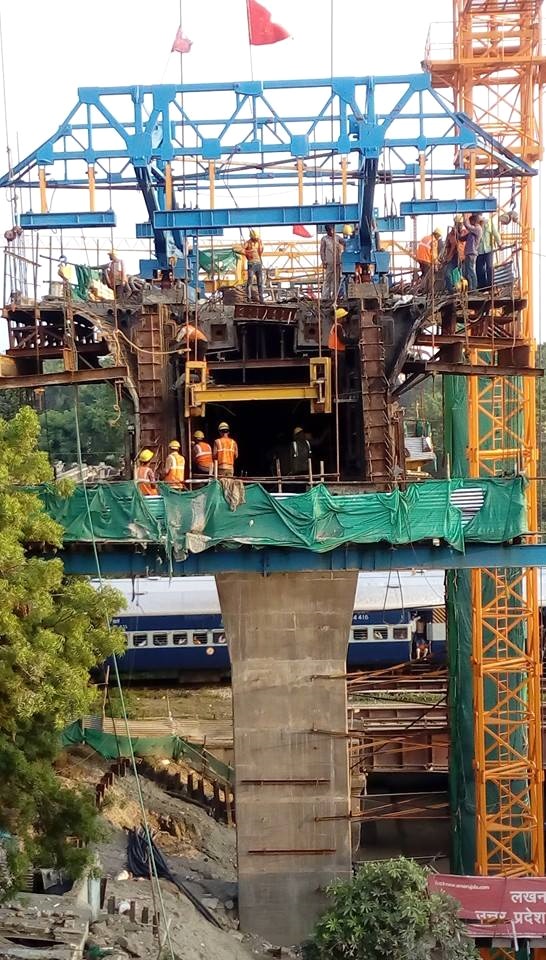 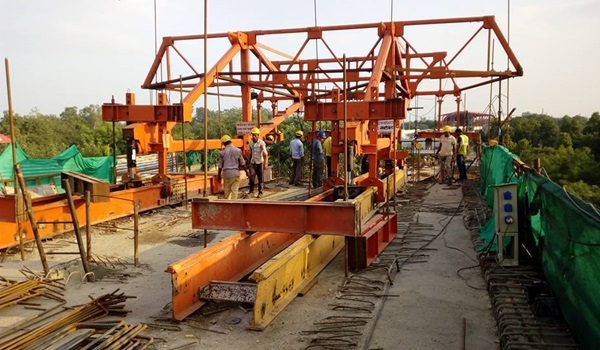 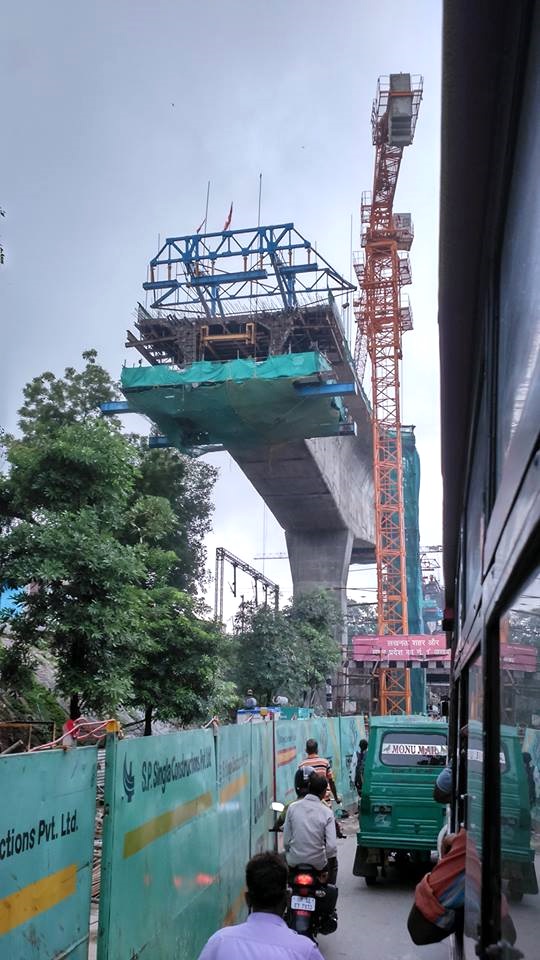 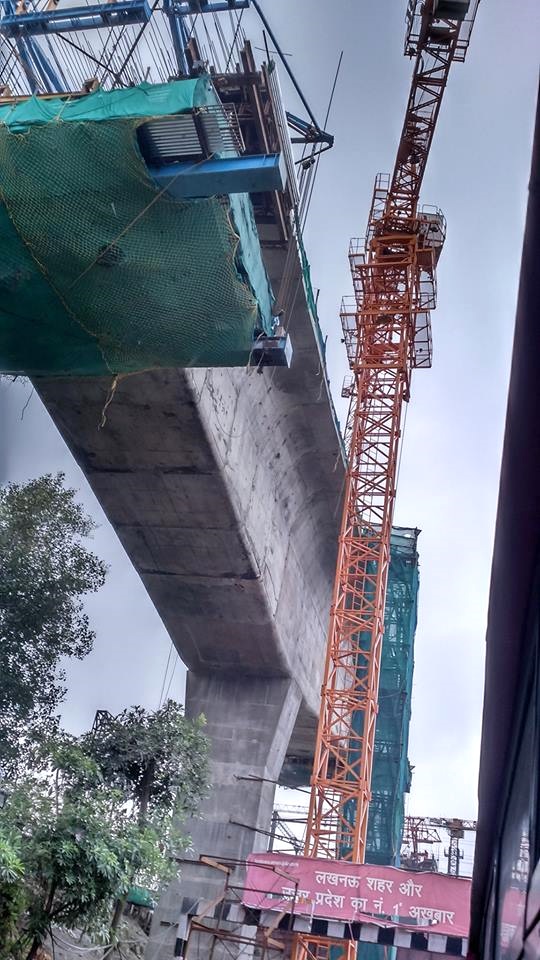 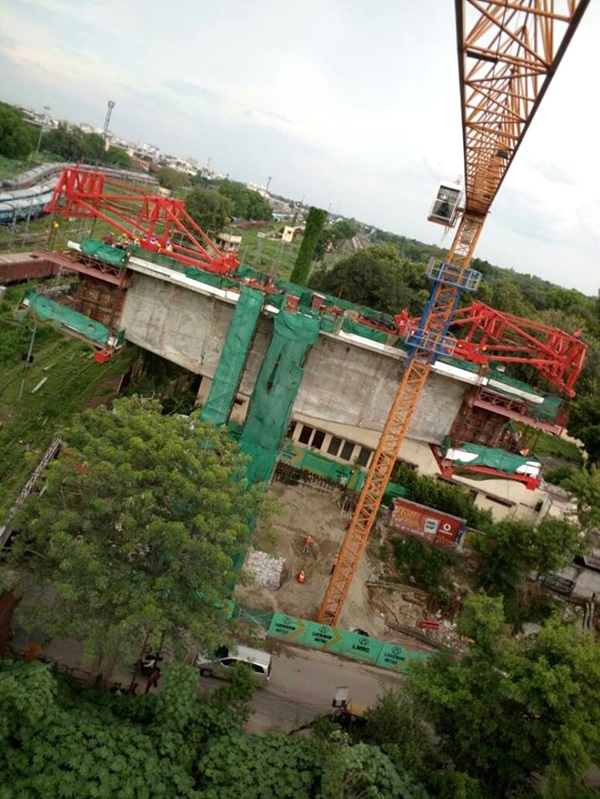 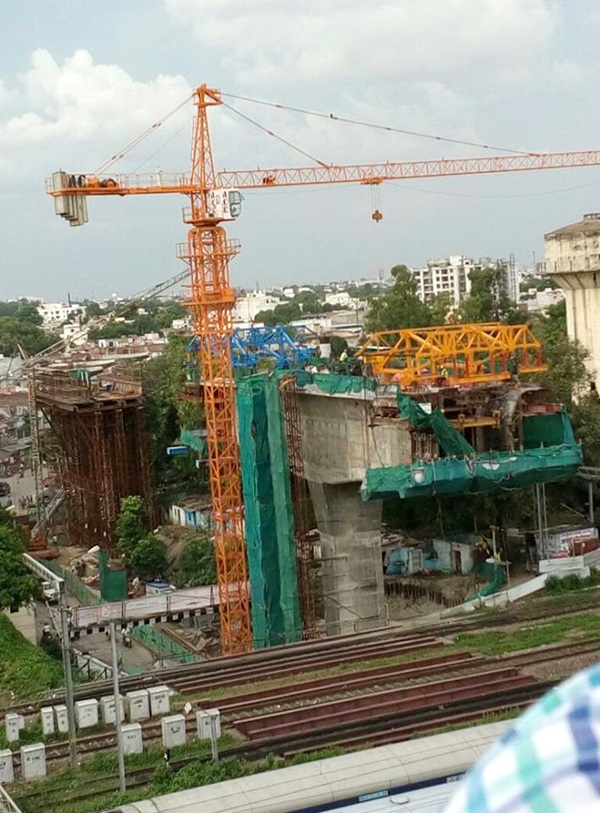 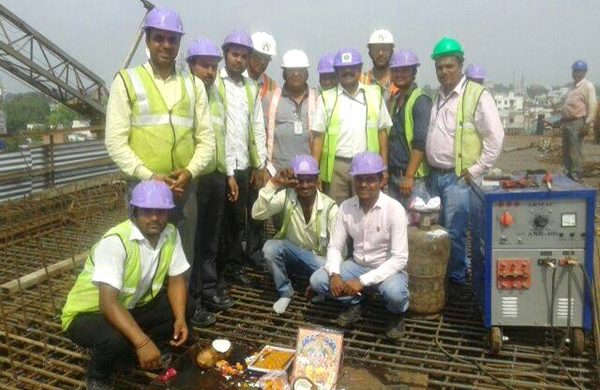 As I’ve mentioned previously, this bridge’s timely completion is important so that the entire 8.48 km priority corridor of the north-south line opens up in one go as scheduled in March 2017. The LMRCL plans to start trial runs in December 2016, and if the bridge isn’t ready by January 2017 by the latest, then the LMRCL, under the state government’s pressure to deliver before the Legislative Assembly elections, would be forced to first start curtailed operations between Transport Nagar and Mawaiyya stations (see map) and later extend operations to include Durgapuri and Charbagh stations.