Pune’s long delayed 31.25 km metro project crossed a major hurdle yesterday with the Union Finance Ministry’s Public Investment Board approving the project’s Rs 12,298 crore cost and funding plan. Following this, the proposal will now be sent to the Union Cabinet for its final approval.

The project was originally estimated by the Delhi Metro Rail Corporation to cost Rs 7,984 crore in 2009, but it has underwent multiple revisions owing to government delays, red tape and opposition from NGOs. As per the approved funding plan, roughly 50% of the project will be funded by two loans co-financed by the World Bank (WB) & the Asian Infrastructure Investments Bank (AIIB), 20% each will come from the Centre & State governments while the rest 10% will be contributed by the Pune Municipal Corporation (PMC) & Pimpri-Chinchwad Municipal Corporation (PCMC).

Pune’s Municipal Commissioner Kunal Kumar had this to say:

The PIB has recommended the proposal of Pune Metro rail to the Union Cabinet. There has been no conditions attached for it but some suggestions have been made that have been incorporated.

The Metro is an important issue for the city. PIB has approved Pune metro rail project in a meeting held at Delhi. We are expecting final approval from union government very soon. This will help to speed up the project and will be a major growth engine for Pune’s development 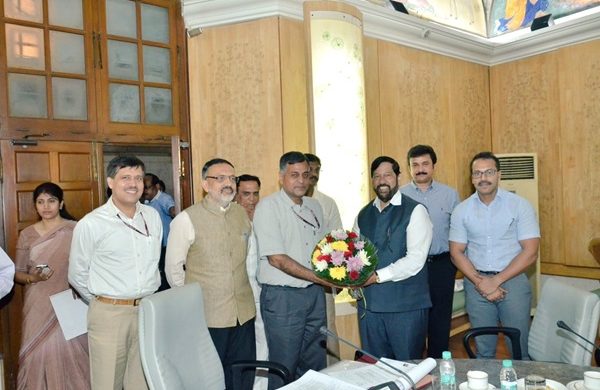 Details on Pune’s Metro project can be found on its information page. To recap, 2 lines have been planned in its first phase: 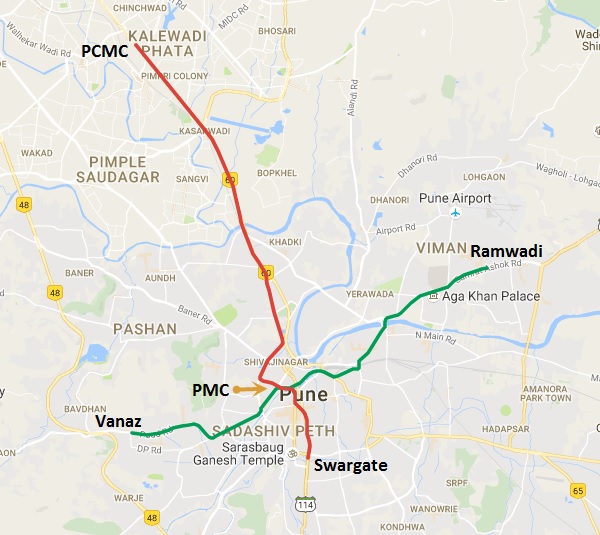 Last month, the project crossed another hurdle when the Bombay High Court (HC) disposed off a case which had raised objections about the project adversely affecting nearby national monuments. Now it just has to get an approval from the National Green Tribunal (NGT) which has scheduled a hearing on October 27 (see why) following which the union cabinet will take a final decision.