In late September, the Tata-Gulermak JV began civil work for constructing Lucknow’s Hazratganj station – the northern-most underground station on Lucknow Metro’s 22.878 km north-south line. After constructing the guide wall, a hydraulic rig was brought on-site to begin the process of lowering prefabricated reinforcement cages to cast the station’s diaphragm wall. Specialized vertical alignment control equipment is being used to place the cages at a depth of 22 meters which is then slowly filled up with concrete. Once the ‘D-wall’ is built around the station, the contractor will then begin excavation.

The Hazratganj station is part of package LKCC-06 which was awarded to the Tata-Gulermak JV in April 2016. Soon after, they conducted geotechnical/soil investigation in June and barricaded the station’s site in July. Besides this station, the 3.44 km underground section of the line includes stations at Hussainganj and State Secretariat (Sachivalay): 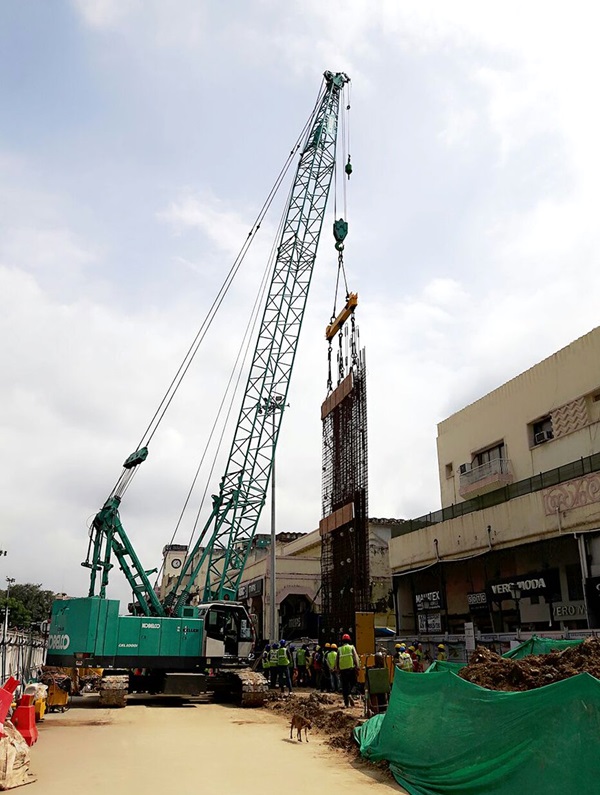 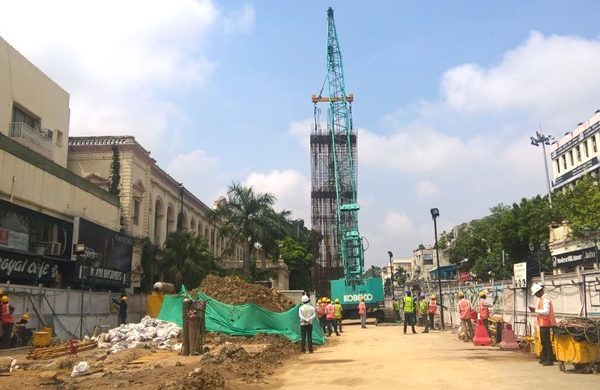 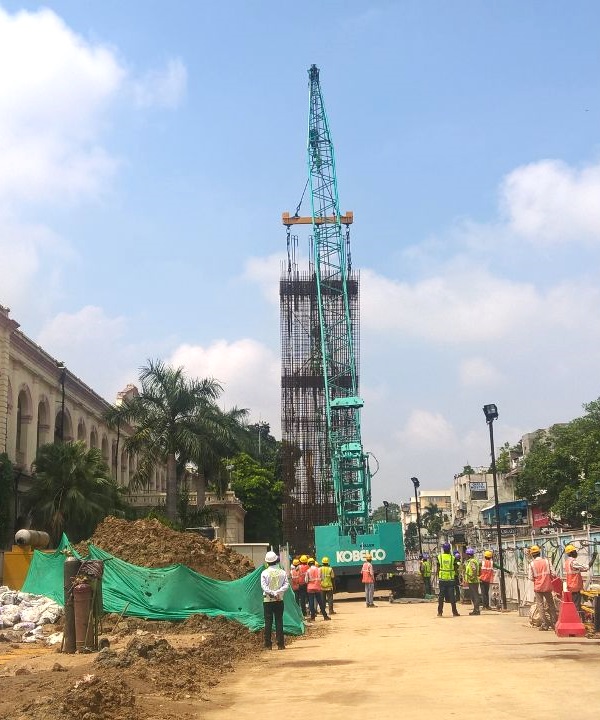 Here’s an informative video on how diaphragm walls are constructed:

A more in-depth presentation on this subject from a professor at the California State Polytechnic University can be viewed here.