It’s confirmed now. Back in June, I got wind of the Metro-Link Express for Gandhinagar and Ahmedabad (MEGA) planning to install Platform Screen Doors at the under construction Ahmedabad Metro project’s stations and four months later, they’ve now invited bids for its design, installation and commissioning. Bids must be submitted by 3 pm on January 20, 2017 after which they will be opened and evaluated for eligibility. 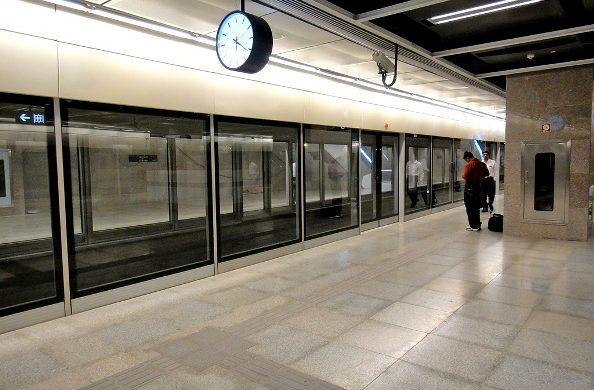 The notice doesn’t reveal any other details, so it remains to be seen if the PSDs will only be commissioned at the 4 stations on the 6.83 km underground stretch or on all 31 stations of the 39.259 km Phase 1 project (view updates). Anyhow, besides preventing suicides & accidents due to passenger movement, the PSDs will greatly help MEGA to reduce maintenance costs by improving the quality of the underground environment, and lowering air-conditioning and ventilation costs.

PSDs are currently in operation on the Delhi’s Airport Express Line & being installed on the Yellow, Pink & Magenta lines. Elsewhere in the country, they are being installed in Chennai (see testing video) and will soon be installed at the Kolkata Metro’s east-west line’s stations.