On this past Friday, Tunnel Boring Machine S711 – a Herrenknecht EPB Tunnel Boring Machine operated by the Afcons-Transtonnelstroy JV for Chennai Metro’s package UAA-01 made a successful breakthrough at Central Station. The TBM was commissioned from the High Court Station in June 2014 (after a breakthrough there in February) and traveled roughly 1.3 km while building 928 rings along the way for the 32.10 km Wimco Nagar – Airport line.

On its brutal 26 month journey, S711 and its sister machine S710 (yet to breakthrough) encountered mixed face hard rock conditions as they passed in the vicinity of several historic buildings with weak foundations. As such, tunneling had come to a stand-still earlier this year and it became impossible to operate both TBMs at the same time. In July, TBM S710 restarted mining after S711 was far ahead and out of its influence zone. 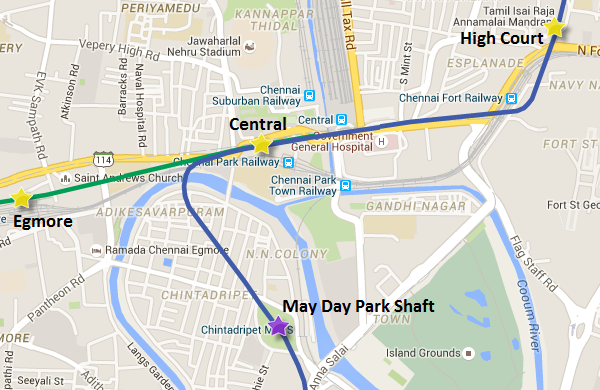 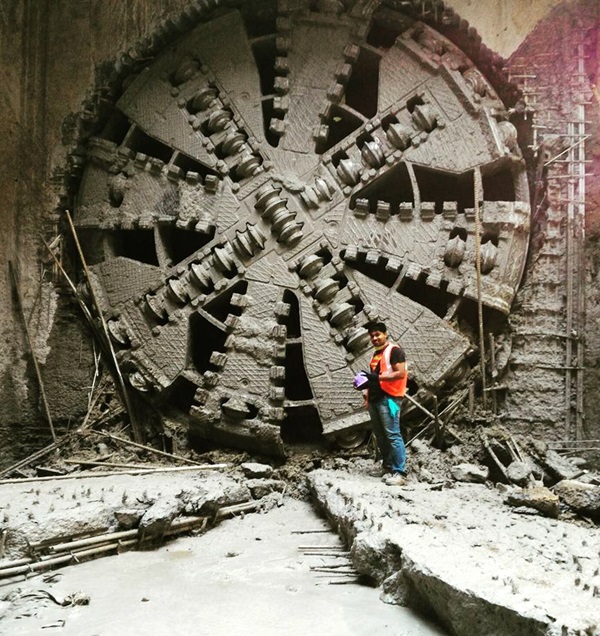 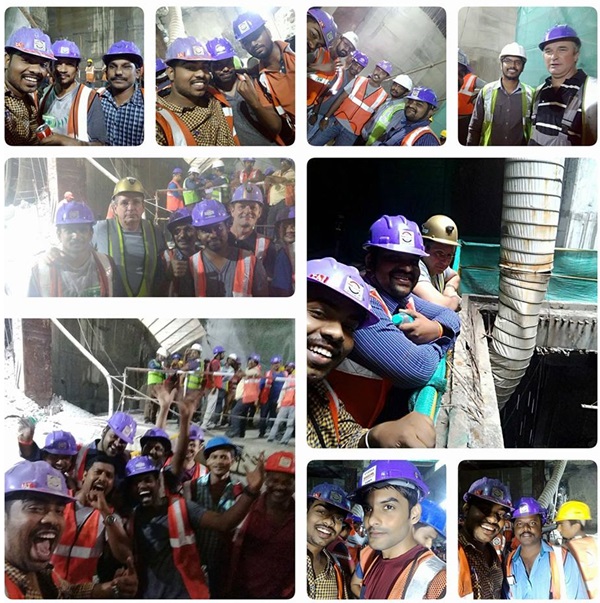 There are now 5 more TBM breakthroughs left for tunneling to end on Chennai Metro’s 45.1 km Phase 1:

* Both S-703 and S-704 are currently at the Thousand Lights Station undergoing maintenance after tunneling resumed in July 2016. Excavation is still underway at the station, so the TBMs aren’t visible. A small shaft has been built to access their cutterhead.

TBM S-711 will now be dismantled and recommissioned from the Washermenpet Station to build one of the tunnels for the recently launched 2.4 km UAA-08 package from Washermenpet to Korrukupet.