Segment Launching For Bangalore Metro’s Reach 4B to Begin Soon

With a series of new piers cast on Kanakapura Road, NCC Limited, the contractor for Bangalore Metro’s 6.29 km Reach 4B project to Anjanapura in Phase 2 has started bringing in equipment for setting up a Launching Gantry to launch precast segments and construct the southern extension of the 24.20 km Green Line’s viaduct.

Launching activity is expected to commence within the next 2 months near the under construction Mantri Serenity & Arena Mall development (view on google maps) in Vasanthapura where the Krishna Leela Park station is marked below, and progress southward towards the Vajrahalli station where the Launching Gantry will be dismantled and set up again for building the viaduct towards Thalaghattapura. 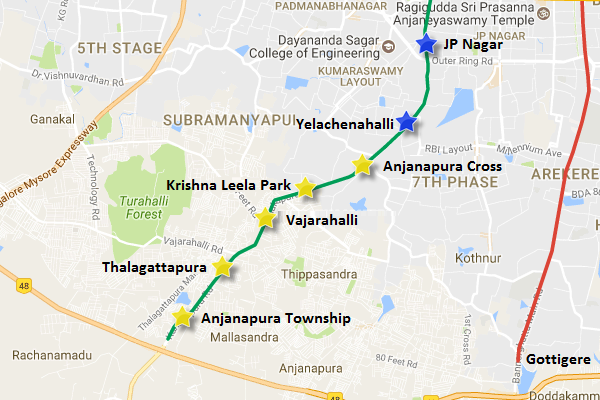 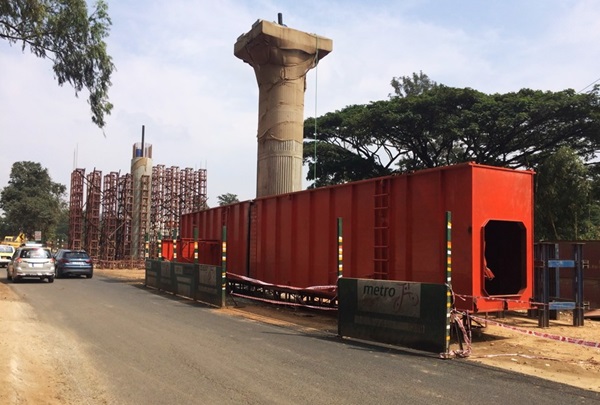 Support structure (back) being setup for the Launching Gantry (front) – Photo Copyright: BMRCL

More parts of the LG are going to arrive in the coming weeks and then be amalgamated & hoisted using a crane. See an example of how it’ll eventually look like here. 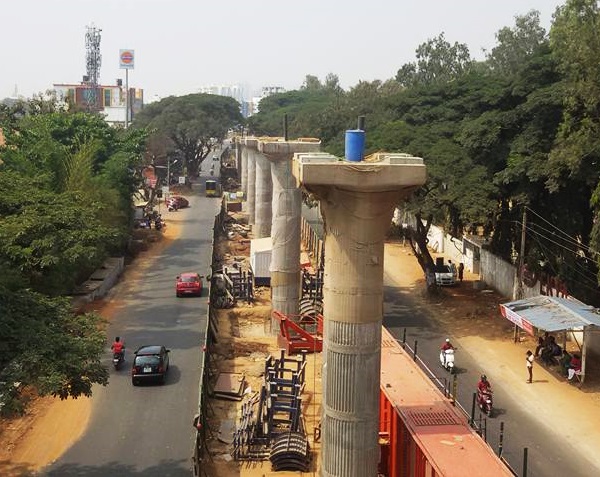 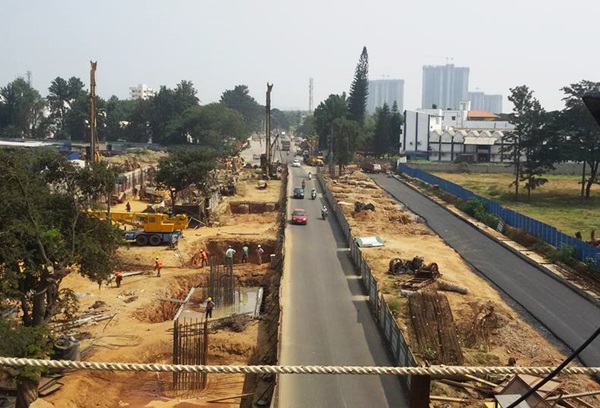 On a side note, with multiple developers approaching the BMRCL for dedicated station access, there’s a possibility of Mantri’s Arena Mall being connected to the Krishna Leela Park Station in the future and even lending its name to the station. The developer’s promotional video and layout both include dedicated connections, but there hasn’t been an official confirmation on it from either the developer or the BMRCL. 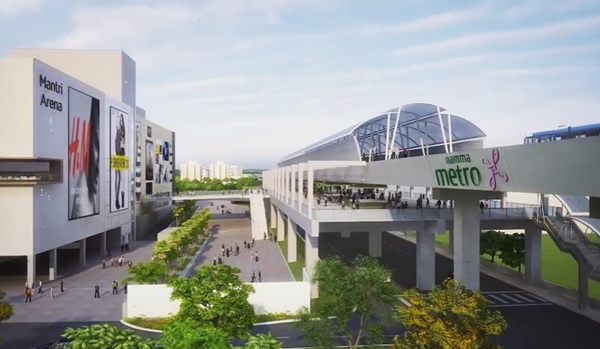 Coming back to construction, I’ve shared this previously in other cities’ posts, but it’s a good time to rewatch this 1 minute video demonstrating how the Launching Gantry works its magic with precast segments to build modern segmental viaducts and bridges:

The segments shown in the video above are currently being churned out and stacked by NCC at their casting yard in Thataguni Village. The ones seen seen in my tweet below will be the very first ones to get launched.

And here are glimpses from inside the Yelachenahalli – Anjanapura R4B section’s casting yard operated by NCC in #Bangalore pic.twitter.com/7hopuV1dO8