Shortly after unveiling the foundation stone for Mumbai Metro’s Line-2B and Line-4, Prime Minister Narendra Modi took a short hop flight on an IAF 737 plane to nearby Pune and unveiled the foundation stone for the city’s 31.254 km metro project which will comprise of 2 primarily-elevated metro lines. The Rs. 11,420 crore project was approved by the Finance Ministry’s Public Investment Board on October 14 and then received a final approval by the central government’s cabinet just earlier this month on December 7. 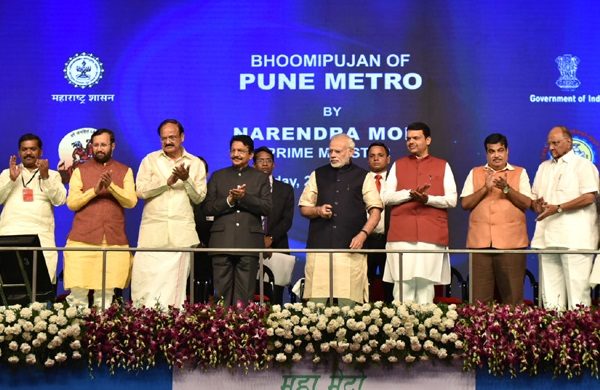 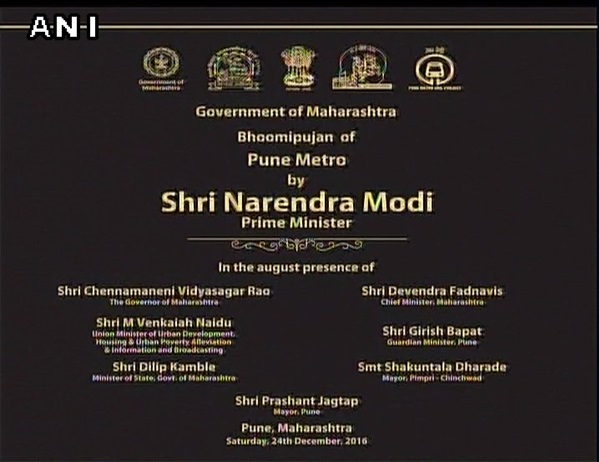 The project will be executed by the Maharashtra Metro Rail Corporation Limited (Maha Metro) which was previously called Nagpur Metro Rail Corporation. They recently set up a website for the project and associated social media accounts for disseminating information. As of December 2016, they haven’t yet invited bids for the project’s Detailed Design Consultant or General Consultants, and as such construction work is expected to start no sooner than mid-2018.