On this past Monday morning, workers from the JMC-CHEC JV began launching precast segments near Delhi Metro’s Welcome Station in Shahdara to plug just another gap on the 58.6 km Pink line’s viaduct. This section of the line is a part of the 160 km Phase 3’s CC-12 package between Krishna Nagar – Gokulpuri, and as per the LOA was supposed to be completed by 15 October, 2014 in order to meet the December 2016 deadline.

The commencement of segment launching activity for this 20m span was entirely dependent on the erection of 4 girders, over the Indian Railways’ Delhi–Moradabad line and Delhi Metro’s Red Line, which got delayed due to design approvals. Launching activity for those girders commenced in October and was completed in mid-November using multiple railway blocks. 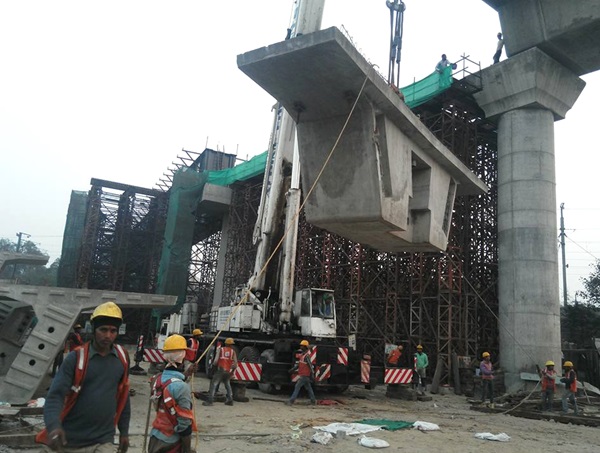 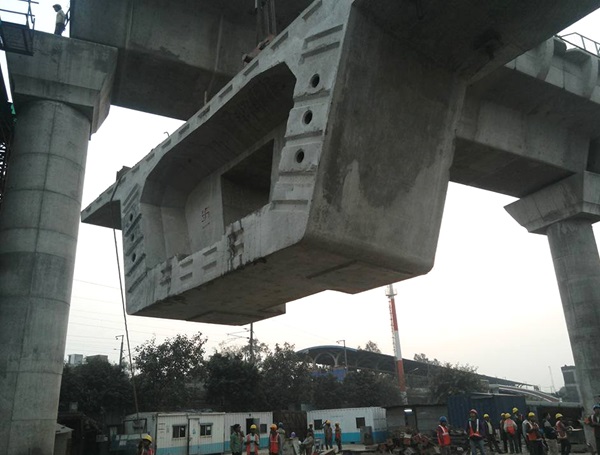 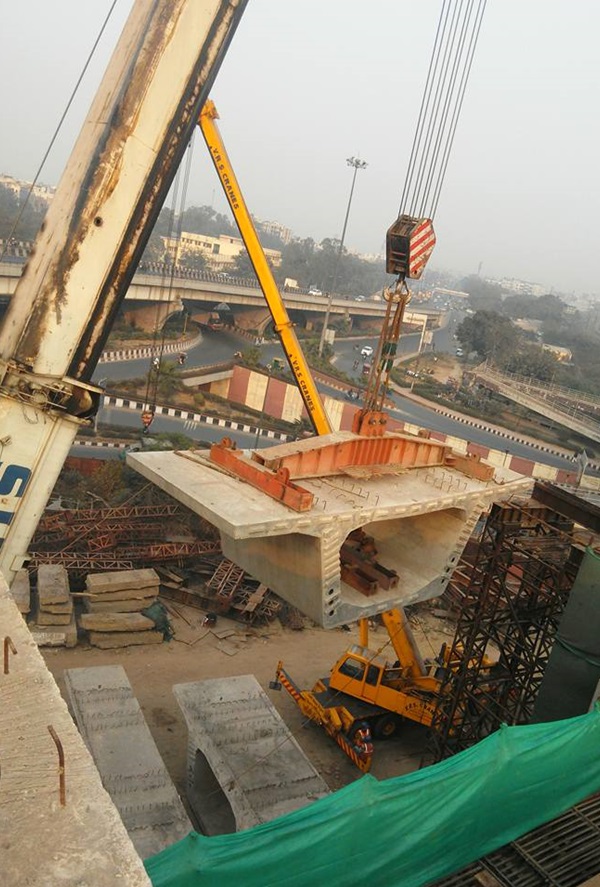 Girders over the Indian Railways’ and Delhi Metro’s Red lines: 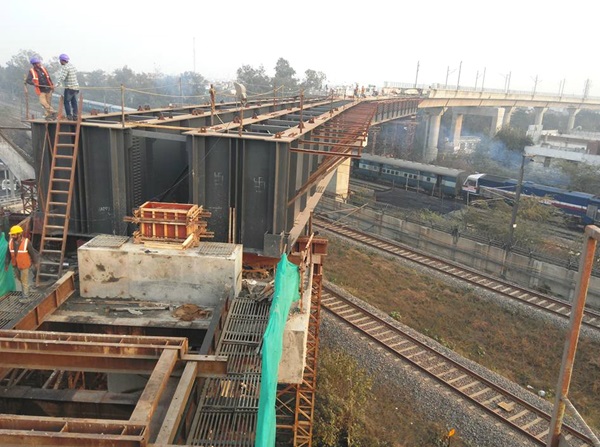 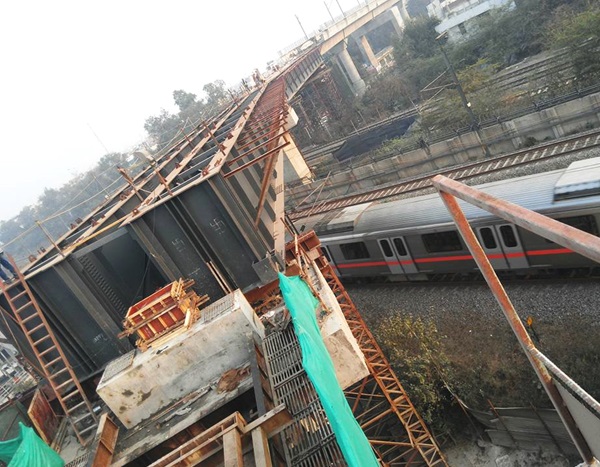 In other related news,  ITD-ITD CEM JV’s launching gantry is now east of the Anand Vihar Station (see images) and will soon launch segments over the Ghazipur Drain to plug another 280m gap. Further south, the deadlock at Hasanpur continues without any resolution in sight.