While a crew from Larsen and Toubro and Spacechem Engineers assemble a 83m steel bridge at Chiklaguda, another crew of L&T’s workers, barely 750 meters away, yesterday began launching precast segments for building another missing piece of Hyderabad Metro’s 28 km Nagole – Raidurg line over the Indian Railways’ lines at Allugaddabavi.

Segments for the spans on either side of this rail overbridge (RoB) were launched in March-April 2016 and are visible in the satellite imagery below. Following that, the team applied for a railway block with the South Central Railway zone of Indian Railways for building over the railway lines. 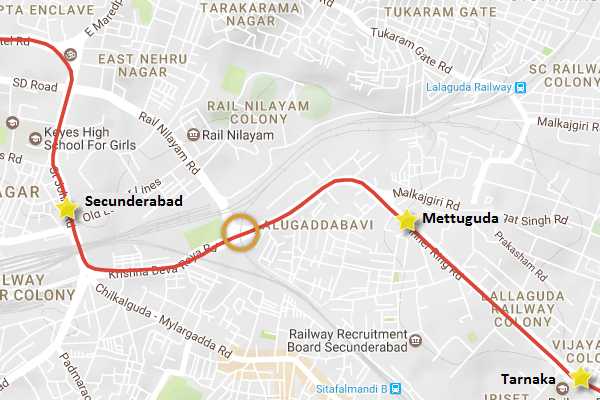 This is just one of 8 railway crossings that Larsen & Toubro has to build for its 3 lines. The other 7 are located at: