The Delhi Metro Rail Corporation has revised their publicly facing deadline for the 38.235 km Magenta Line to December 2017 – the 1st time ever they’ve reported a realistic completion time-frame for any of the 160 km Phase 3’s new lines.

The final Tunnel Boring Machine (TBM) breakthrough for this new line, which runs between Janakpuri West – Botanical Garden, was achieved by L&T-SUCG JV at the Munirka Station in November 2016, and since then various contractors have been busy in completing civil works, interior finishing works, HVAC (AC/Ventilation) works, and installing tracks and other sub-systems necessary to run smooth commercial operations. Just yesterday, the DMRC also invited bids for installing signage and graphics at 10 stations between Vasant Vihar & Kalkaji.

Trial runs are currently underway on 2 fragmented sections between Botanical Garden – Kalkaji (12 km) and Janakpuri West – IGI Domestic Airport (10 km). While the Botanical Garden – Kalkaji section will open in Q2 (April-June) 2017, the rest of the line is expected to open in one go either in December-end or in Q1 2018 (Jan-March) as I’ve previously highlighted in the January 2017 update post.

Here are some new images from some of the stations. For more, see the DMRC’s Magenta Line update page. 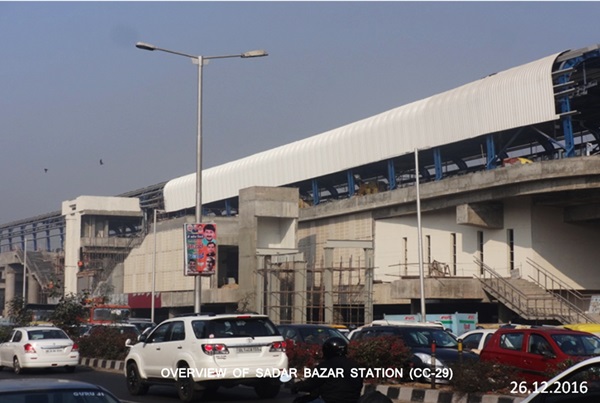 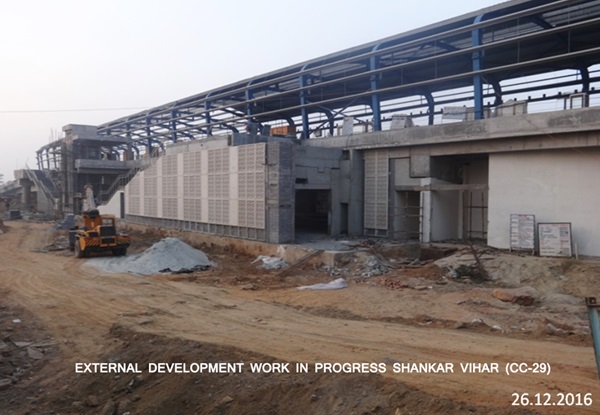 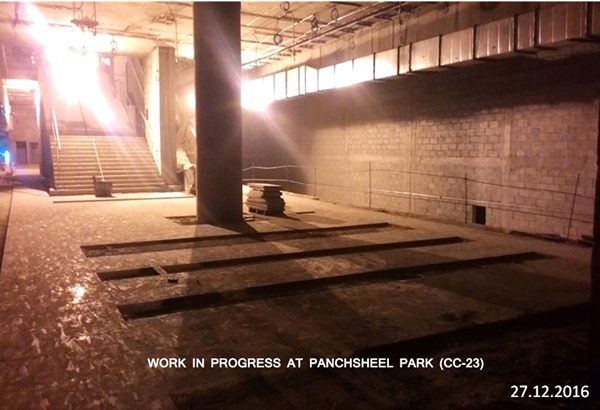 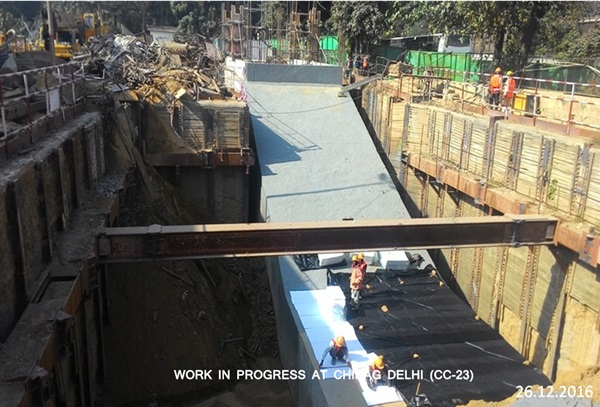 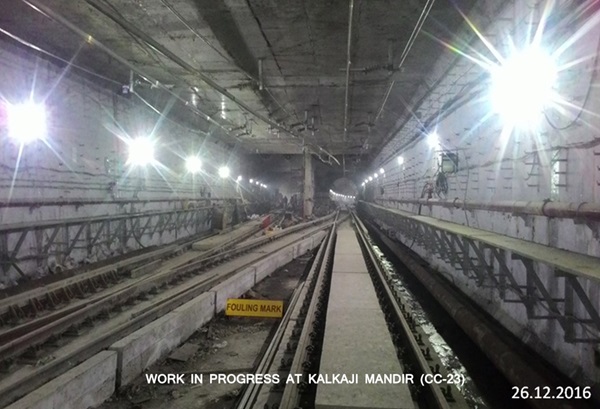