Earlier this month, TBM S640 – a Herrenknecht EPB Tunnel Boring Machine operated by the Afcons-Transtonnelstroy JV for Kolkata Metro’s UG-1 package made a successful breakthrough at the Howrah Railway Station.

The TBM, nicknamed Prerna, was originally commissioned from the Howrah Maidan Station in April 2016 and traveled roughly 550 meters while building approximately 393 rings along the way for the 16.34 km Line-2 between Howrah Maidan and Salt Lake Sector V. It arrived at a special temporary shaft, built for 1 of the 2 parallel tunnels, in January and laid idle for weeks as the shaft was not yet ready to receive it.

Location of the breakthrough at Howrah Station (google is yet to update their imagery): 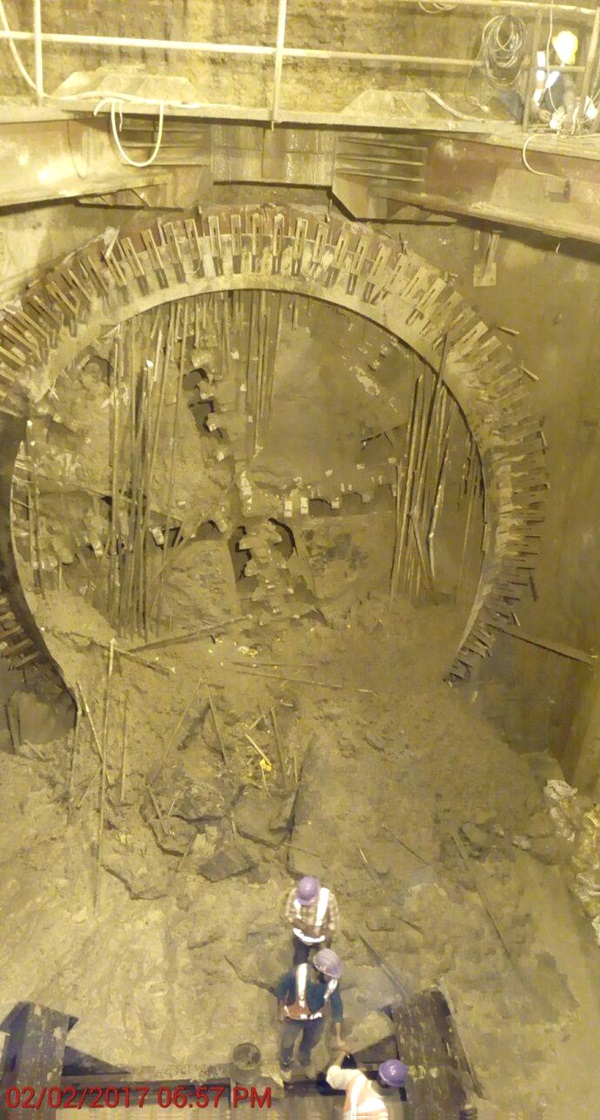 Following this breakthrough, S640 will now be pushed out and put through repairs. In the coming months, it’ll be re-launched on the other end of the station’s box to start tunneling beneath the Hooghly River towards Strand Road where another TBM shaft will be constructed to receive the TBM within Kolkata’s city limits.

The status of the TBM S639, which is building the parallel down-line tunnel, is unknown at this time. Do watch out for a similar post when it arrives at Howrah Station.

March 10 Update: TBM S639 continued to excavate and build rings beyond the shaft, and is currently within the Howrah Station’s box where its chamber & cutterhead will undergo  maintenance. The TBM is expected to resume tunneling activity on March 20 and reach the Hooghly’s banks by the 1st week of April.