Late last month, workers from J Kumar Infraprojects began launching precast segments near Ahmedabad Metro’s East Ramp for constructing the viaduct of their 6 km section of the 20.536 km east-west line. As per one source, this is the 5th launching gantry to be commissioned, but there’s a possibility that another previously used launching gantry was dismantled and brought to this site.

J Kumar Infraprojects had originally started launching segments in February 2016 in the Nirant Cross Roads area and has since then commissioned other LGs in May, July and August 2016.

Tweet from January when the LG was being set up:

Image of the 1st segment being brought on-site for launching: 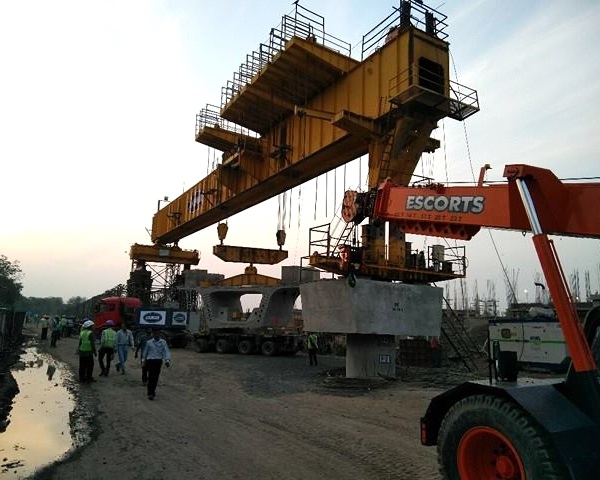 Meanwhile, Ranjt Builcon has also started setting up their 1st launching gantry at AEC for building a 4.85 km section, between Motera and Ranip, of Ahmedabad Metro’s 17.23 km north-south line. 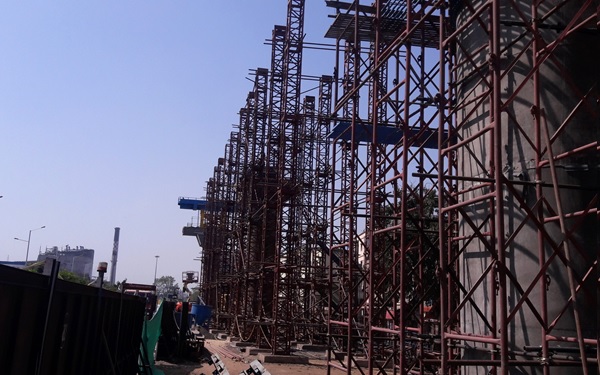 Here’s my go-to video to demonstrate how the launching gantry works its magic with precast segments to build modern segmental viaducts and bridges: