A similar construction method was adopted for 8 Lucknow Metro’s stations on package LKCC-01.

This isn’t the first time that Delhi has seen something like this. While precast concrete girders are being used here, a decade ago, in an effort to save time during Phase 2, the Delhi Metro Rail Corporation had Simplex Infrastructures on package BC-20 build the Chhattarpur Station on the Yellow Line using special pre-fabricated structural steel after land for it became available to the contractor very late in the construction phase. The conventional construction technique of building stations by concrete would have taken at least two years to construct, which would have delayed the Yellow Line’s extension to Gurgaon substantially. 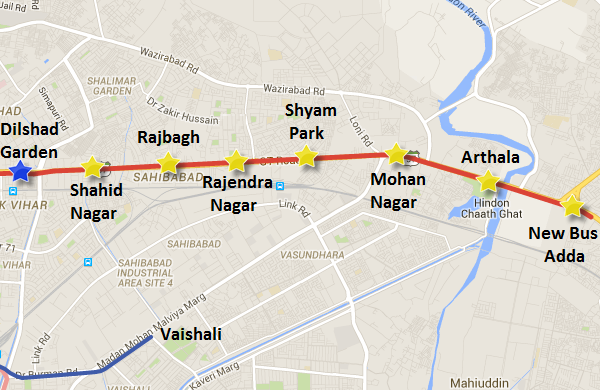 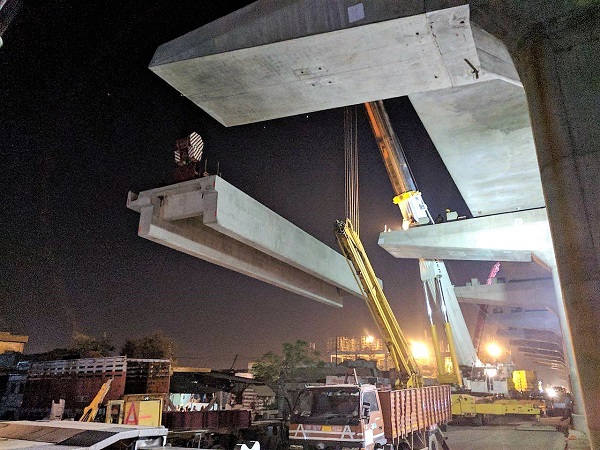 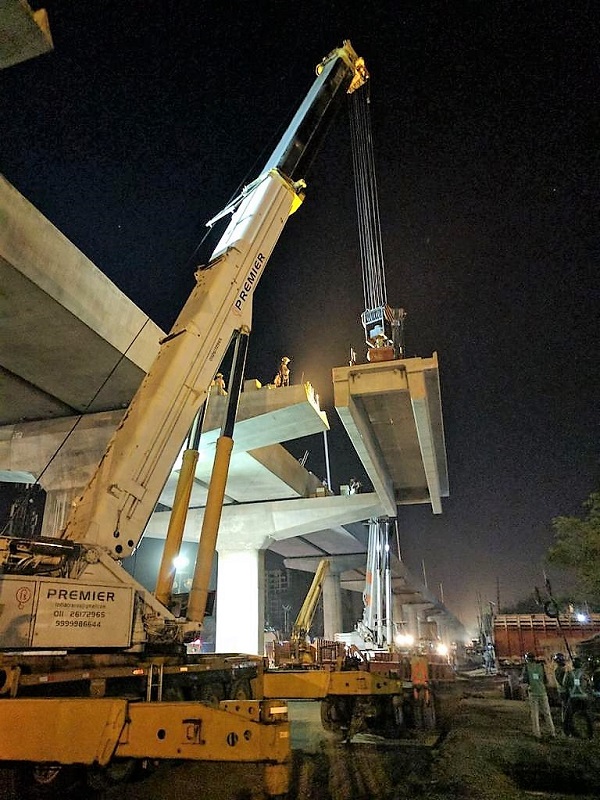 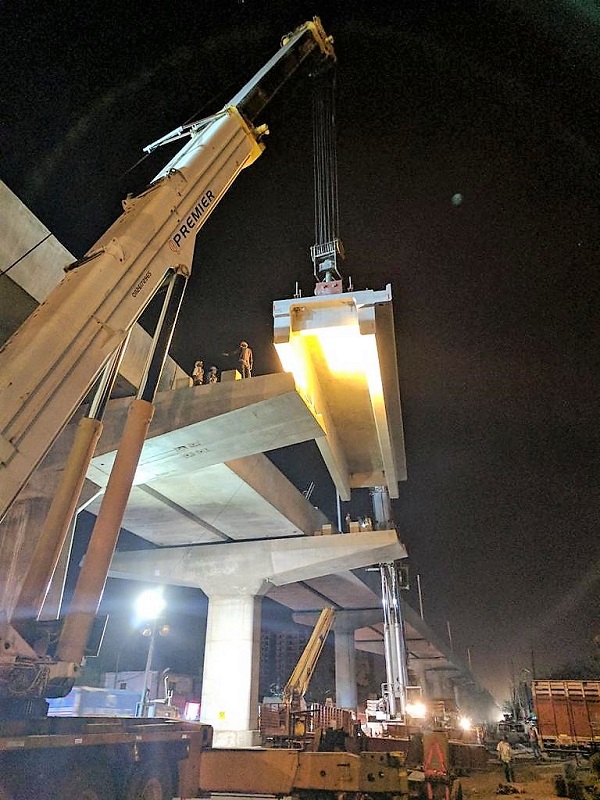 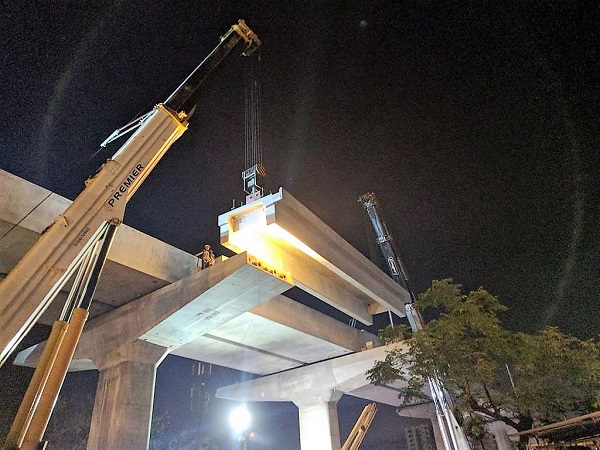 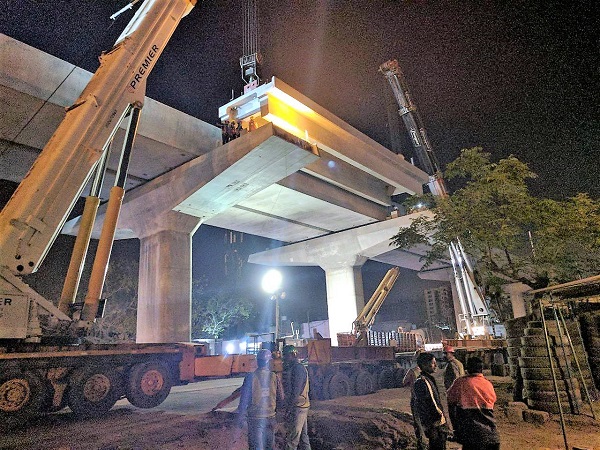 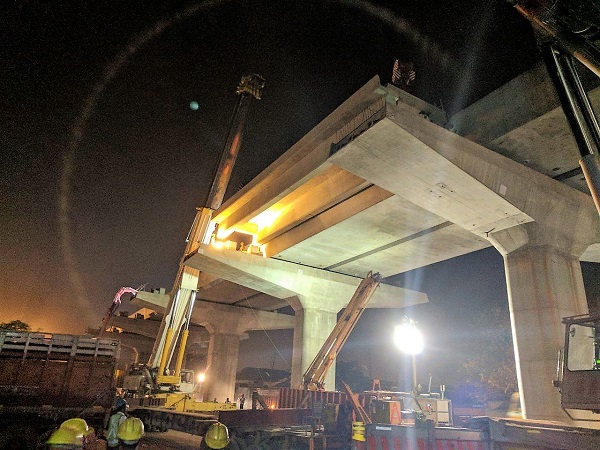 The tendering process for this extension’s civil construction was concluded in 2014, but soon fell into legal troubles. As per the contract, construction is supposed to be concluded by 14 June 2017, but that is clearly not possible. The Red line between Dilshad Garden –  Kashmere Gate – Rithala is currently 25.09 km long, and after this section opens up in late-2018 or 2019, the line will become 34.50 km long.