This Tuesday evening, TBM S640 operated by the Afcons – Transtonnelstroy JV team completed building the 16.34 km Line-2’s westbound tunnel underneath the 460m wide Hooghly River. The TBM started its journey underneath the river on May 22 and took less than a month to cross into Kolkata’s city limits below the Armenian Ghat.

Nicknamed Prerna, this Herrenknecht EPB TBM was first commissioned from the Howrah Maidan Station in April 2016 and made a breakthrough at a temporary shaft inside the Howrah Station’s site in February 2017 where it underwent repairs to have its articulation seal replaced. During this down-time, TBM S639 – its sister machine passed it and went on to build the line’s 1st tunnel underneath the Hooghly River at varying depths between 11-15 meters. 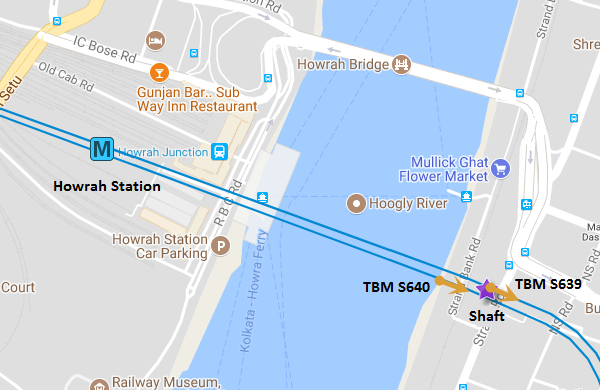 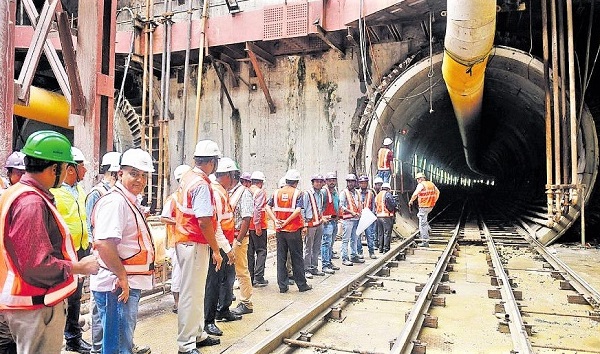 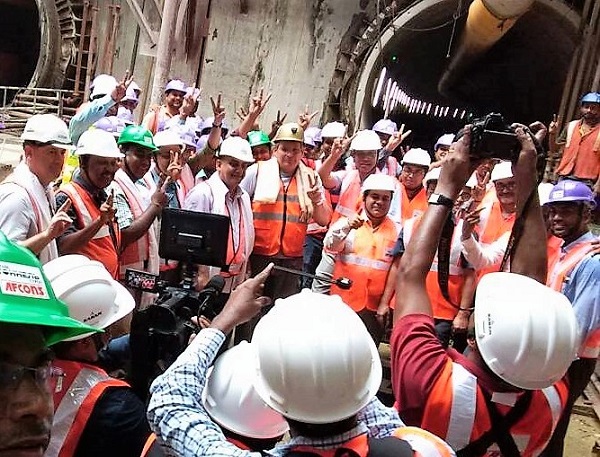 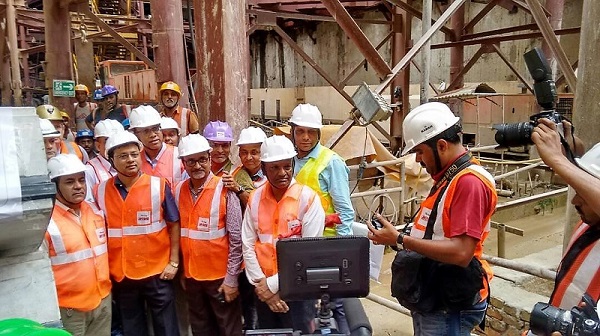 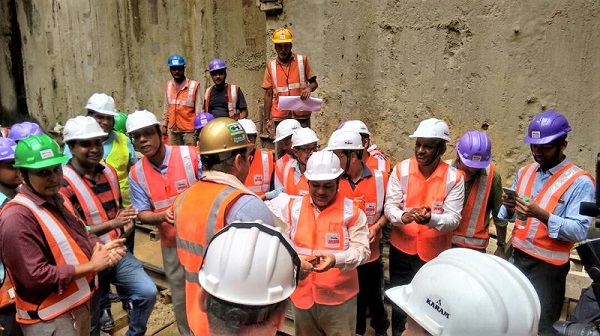 The future of tunneling works beyond the shaft has become a little clearer since last month. After Afcons conducted a building condition survey on Brabourne Road to assess and fortify the structural integrity of buildings in May, they’ve now rented out 150 rooms at nearby hotels to accommodate residents when both TBMs pass below their buildings, at different times, in the coming weeks. First up, Afcons will begin advancing TBM S639 (Rachna), currently stationed close to the ventilation shaft’s site, towards the Mahakaran (Lal Dighi) Station on June 30. This will be followed by TBM S640 (Prerna) in July.

In other encouraging news, the Archaeological Survey of India (ASI) last week granted permission to build the line’s tunnels and Mahakaran/Lal Dighi Station in BBD Bagh district subject to the provisions of the amended Ancient Monuments and Archaeological Sites and Remains Act, 1958. They’ve proposed to setup a joint committee which will monitor all planned activities, through electronic devices like previously done in Delhi, to ensure the safety of the Currency Building, Beth El and Maghen David synagogues. This is a major win for the contractor, operator and the city.