This Saturday, TBM S639 operated by the Afcons – Transtonnelstroy JV team completed its journey underneath the Hooghly River and crossed into Kolkata’s city limits near the Armenian Ghat to build the 16.34 km Line-2’s eastbound tunnel. Nicknamed Rachna, this TBM was commissioned from the Howrah Maidan Station in July 2016, passed its sister machine TBM S640 at Howrah Station in March and began tunneling underneath the 460m wide Hooghly River in mid-April at varying depths between 11-15 meters. 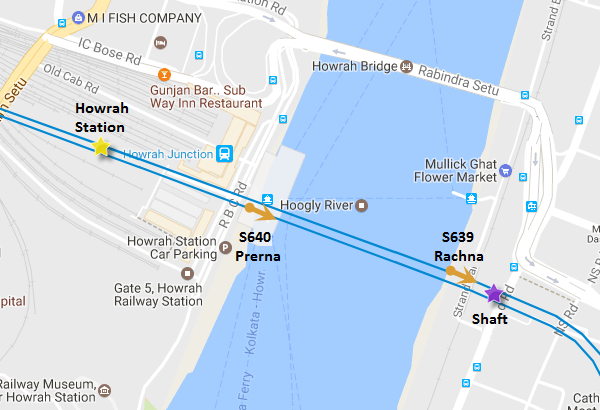 This Wednesday, TBM S640 or ‘Prerna’ is expected to commence its journey underneath the river to build the parallel west-bound tunnel. That TBM made a breakthrough at a temporary shaft inside the Howrah Station’s site in February 2017, went through repairs in which its articulation seal was replaced, and has since passed under the DRM building to approach the river’s western bank. 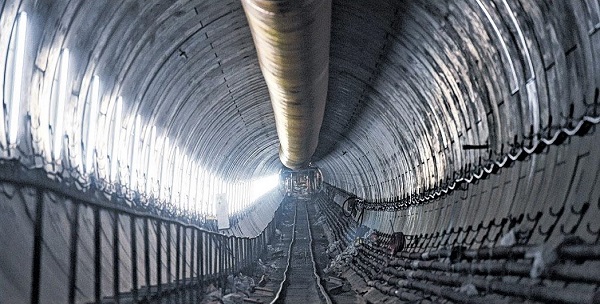 As mentioned earlier, the future schedule of tunneling works remain highly uncertain. Afcons Infra has mobilized equipment at the ventilation shaft’s site, but is yet to receive a go-ahead for starting its construction. Even though they plan to continue non-stop excavation & ring building activity through it until Lal Dighi Station, they cannot proceed any further as 25 critically weak buildings lie ahead on Brabourne Road of which 9 will require demolition or evacuation. Last week, Afcons Infra filed a petition in the Calcutta High Court seeking judicial intervention to ensure the TBMs continue uninterrupted excavation. In response to that, the HC directed them to slow down excavation works until the Kolkata Municipal Corporation works with locals to get the buildings get renovated or evacuated.