After taking delivery of the first new Bombardier MOVIA coach last month, the Delhi Metro Rail Corporation yesterday started the process of rolling out 258 new coaches to add new trains and convert existing 4-coach and 6-coach trains into 6-coach and 8-coach trains across the Red, Yellow and Blue lines. Deals for procuring coaches for this initiative were signed in mid-2015 with Bombardier for 162 coaches under contract RS-11 and with BEML for 96 coaches under contract RS-13.

Yesterday, the first two coaches from Bombardier were pressed into service on the Blue Line with the conversion of a 6-coach train into an 8-coach one. The DMRC also inducted a brand new 8-coach train at the Blue Line’s Yamuna Bank Depot (see images below) and will soon add it to the network after conducting non-regression and dynamic trials at the depot’s test line.

According to the DMRC’s press release, the 258 new coaches will be utilized as per the following plan:

The Delhi Metro currently operates with a fleet of 227 train sets comprising of 128 six coach, 58 eight coach and 41 four coach trains across all its corridors. A total of 71 trains operate on the Blue Line, 60 trains run on the Yellow Line and 29 trains operate on the Red Line. These three lines together carry over 20 lakh passengers every day.

Images of the first new 8-coach train inducted into the fleet: 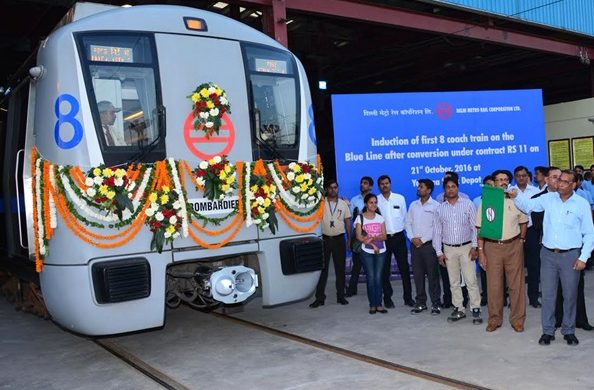 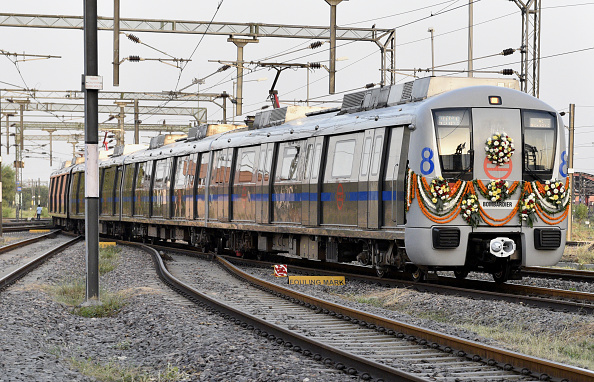 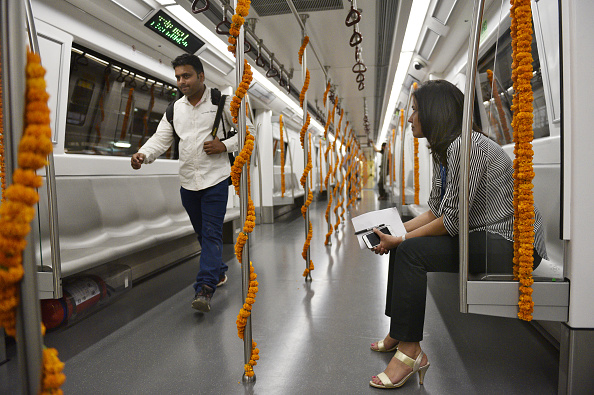 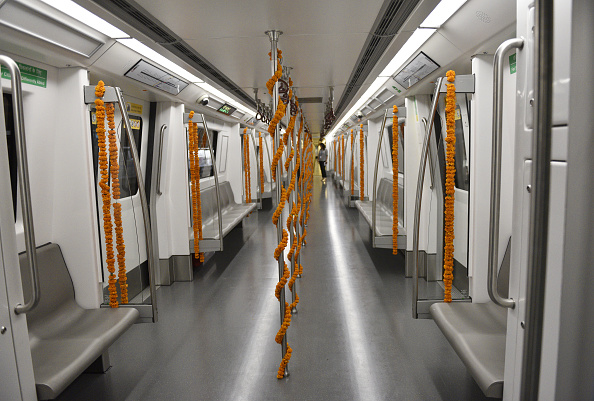 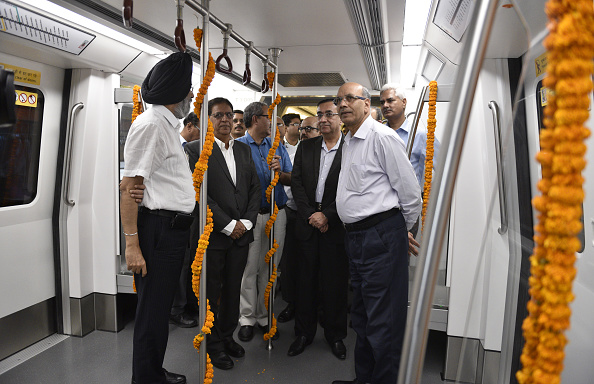 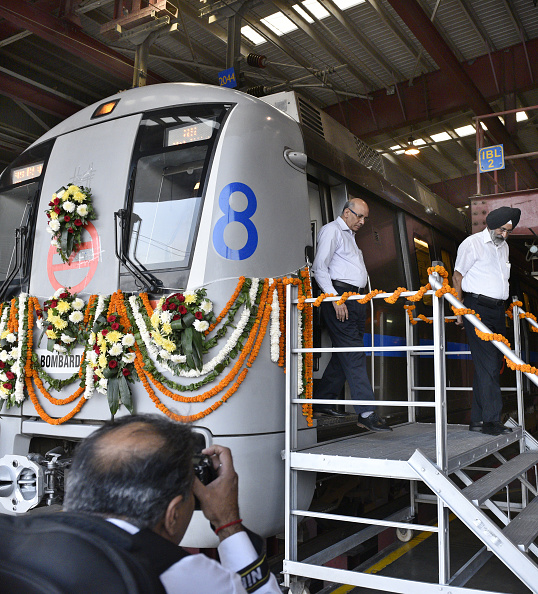 Deliveries from BEML for 96 coaches are expected to start in the next 2-3 months for deployment on the Blue and Red lines and I expect the DMRC to deploy all 258 coaches by mid-2018.