This is the most absurd thing I’ve ever witnessed…

Tunnel Boring Machine S52 ‘Gomti’ on this Monday afternoon made an “official” breakthrough at Lucknow Metro’s Hazratganj Station roughly 2 months after it first showed its pretty cutterhead to workers upon completing tunneling works on the 22.88 km Line-1’s 780 meter down-line tunnel between Sachivalaya Station and Hazratganj Station.

Construction workers, on instructions from Lucknow Metro Rail Corporation & Tata – Gülermak JV’s management, resealed the station’s diaphragm wall over the past weeks and then staged the “official” TBM breakthrough for its top management and the media to witness.

To set the record straight, the TBM was commissioned from the Sachivalaya Station’s Bapu Bhawan Shaft in January 2017 and took only 4 months to build the first 780m down-line tunnel on the line’s 3.44 km LKCC-06 underground section. The TBM arrived at the Hazratganj Station’s box in late-May, and on June 12 the contractor used a demolition machine to perforate the D-wall and reveal the TBM’s cutterhead – view details. 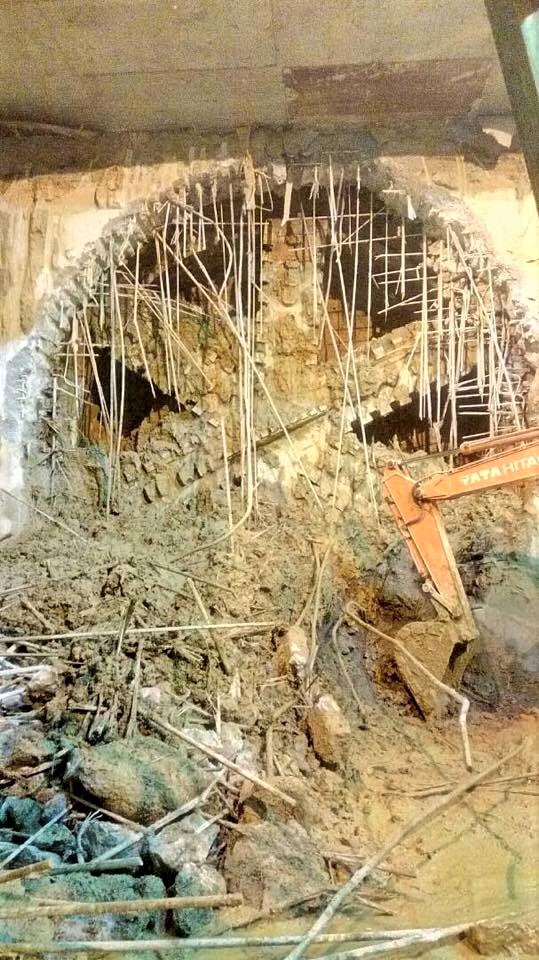 Original breakthrough performed with the help of an excavator 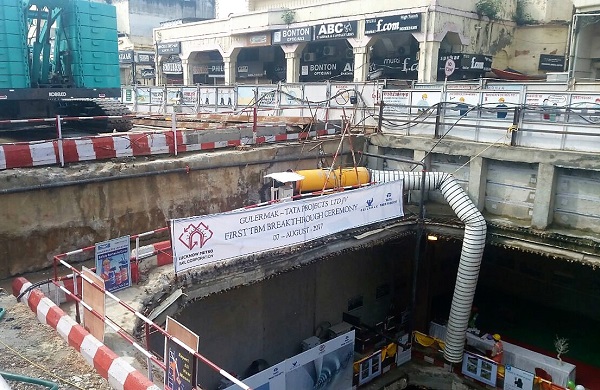 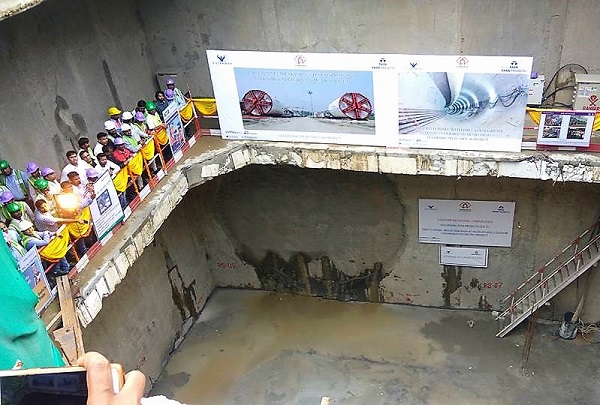 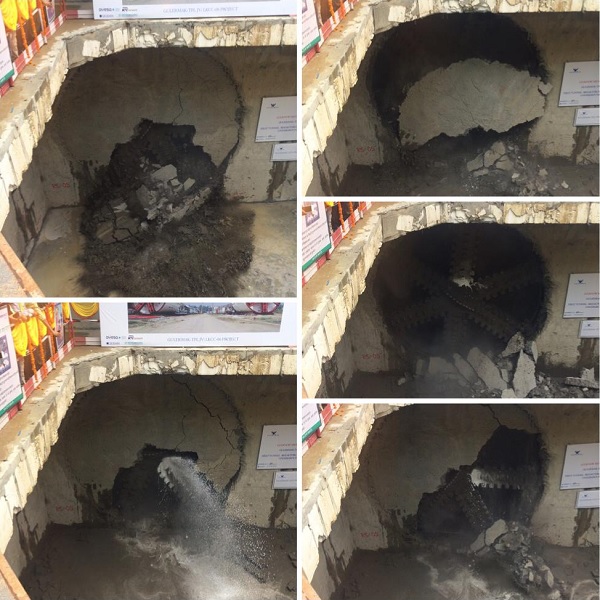 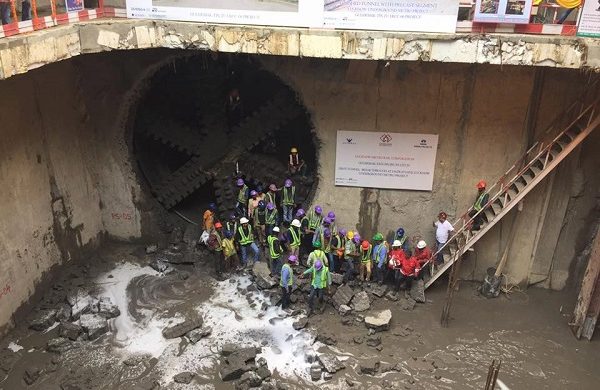 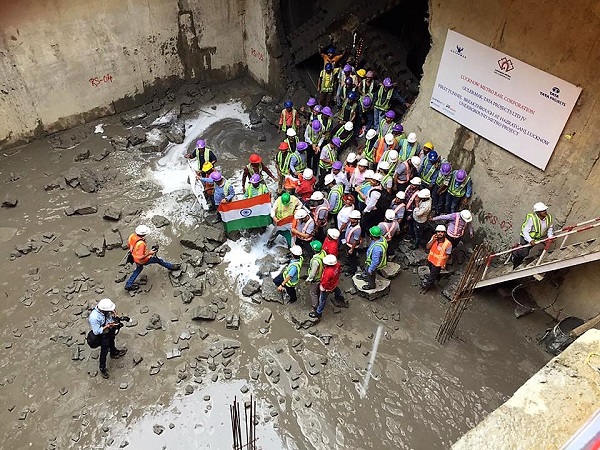 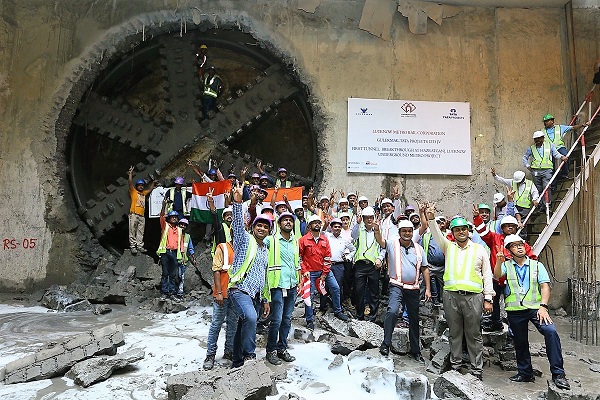 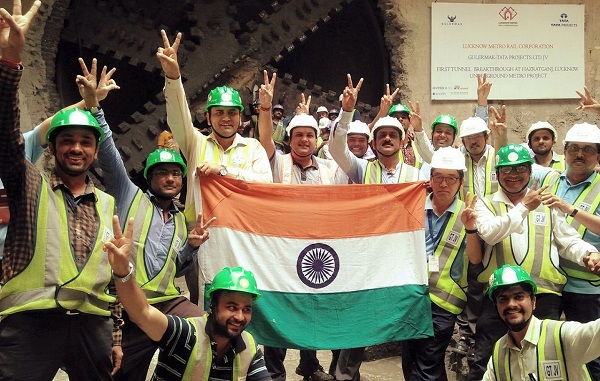